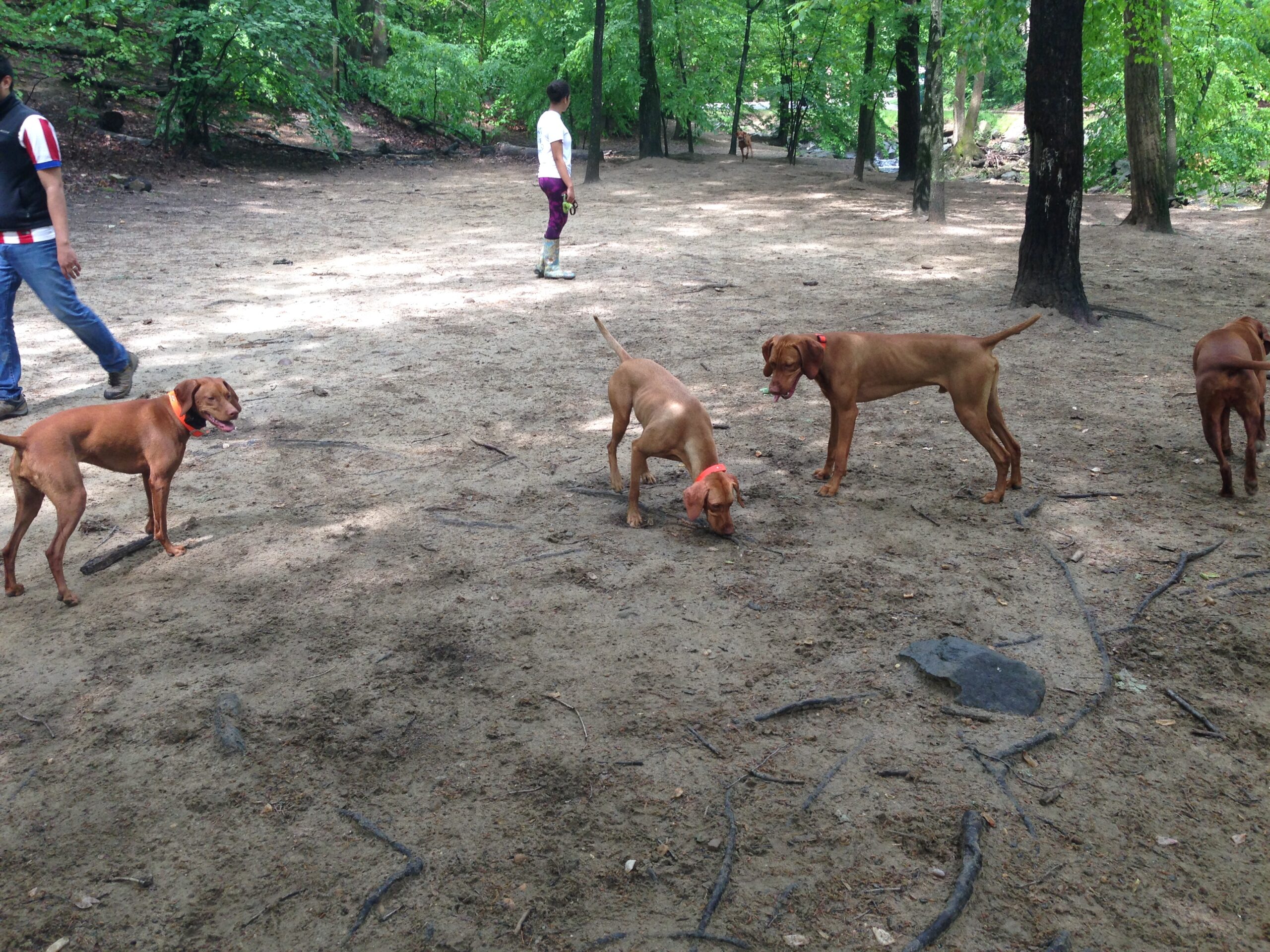 Dog Parks Are Not Appropriate for Most Dogs

Until Zara was about 3.5 years old, we went to a dog park almost daily. Now, four years later, I rarely go to dog parks. What happened in between? Well, several things, namely Zara getting older and not liking the dog park environment anymore, choosing other options such as hiking, and having an intact male.

Understanding canine behavior more and being around a lot of dog trainers and performance dog people as well as experiences we had at the dog park has made me realize that dog parks are not appropriate for most dogs.

Some dogs do very well at dog parks. These are typically young (between six months and two years old), outgoing, love to play, friendly and forgiving. When she was younger, Zara was one of those dogs. When she was a puppy, we lived in a townhouse with a tiny patio, so we took her to the nearby dog park twice a day usually. She would play with any dog who would play with her, but she was also content chasing balls that we threw for her. She would never start a fight, and if another dog tried to instigate something, she would run away. When another dog came into the park, she’d sniff it with mild interest and then carry on with whatever she was doing.

Zara playing with a coonhound at the dog park when she was about 11 months old.

Dogs That Don’t Always Do Well At Dog Parks

Although there are some dogs that thrive in the dog park environment, I’ve found that a lot of dogs don’t. This includes: 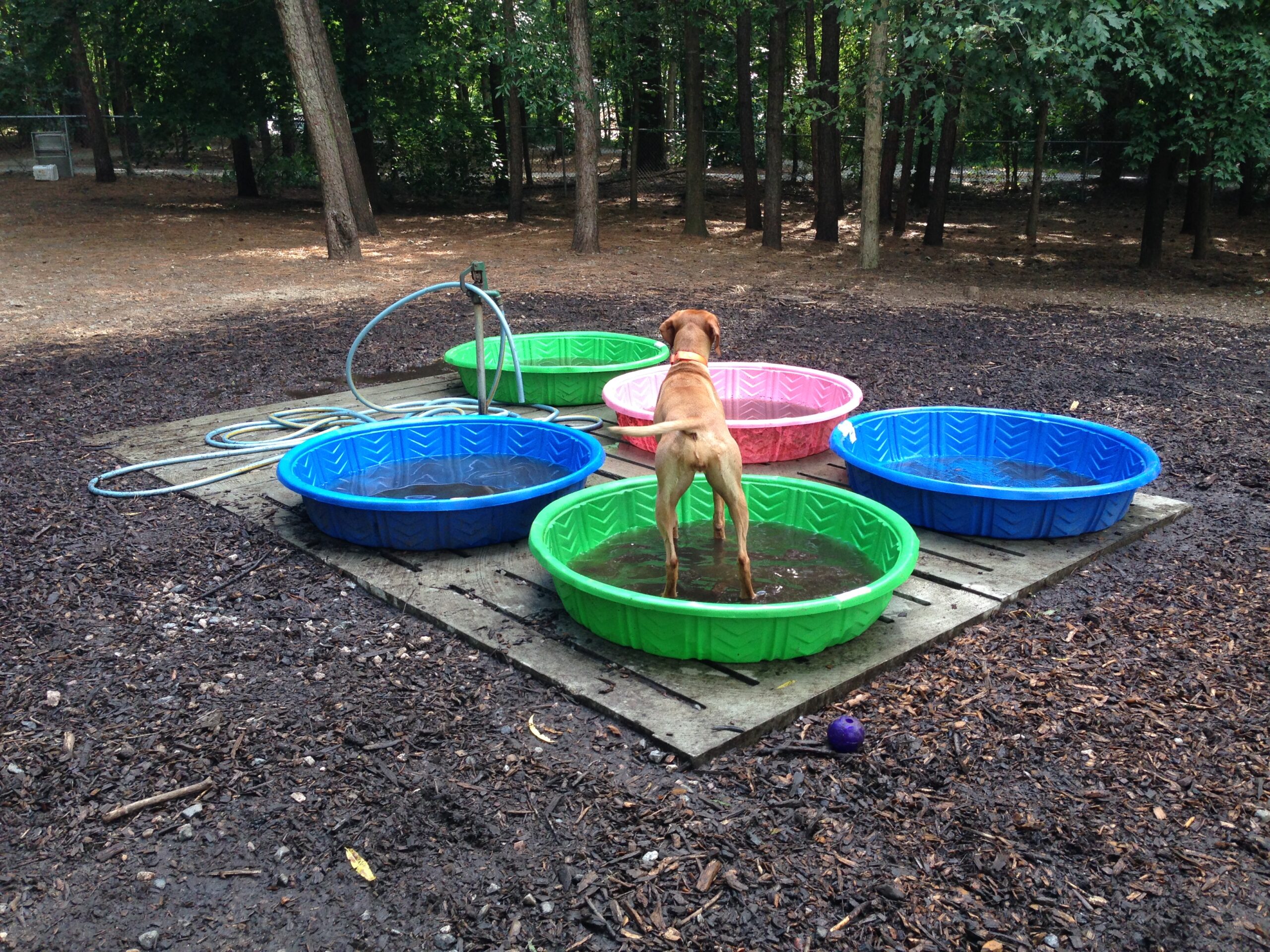 By the time Zara was three, she only liked going to the dog park when there were only a few people and other dogs there.

Back when we used to go to the dog park daily, I saw all of the types of dogs listed above at the park. I think there are two main reasons for this. One is that people don’t have another option to let their dog off-leash. In many cities and towns, it’s against the law to have your dog off-leash outside of a dog park or private property. That’s certainly the case in Raleigh, North Carolina, where I live, although there is an exception for hunting dogs on gamelands. So if someone wants their dog to run around and burn off some energy, and they don’t have a yard, they head to the dog park. Never mind if this is in the best interest of the dog.

A lot of adult dogs, or dogs that fall into the categories above, would be better served to get their exercise in by going on a structured walk, hike, or run, or participating in classes like agility or activities like nosework. Having one-on-one playdates with known dogs can also be a good idea for dogs who do like to play with others but don’t necessarily enjoy the free-for-all dog park environment. A well-run dog daycare that puts dogs in small playgroups that are well-supervised, is also a good option.

I think the other reason is that people like to socialize with other people at the dog park. When Zara was younger and we went to a small neighborhood dog park every day, we got to know the “regulars.” I’m not going to lie; I enjoyed chatting with the other owners. This is fine, until the owners are so focused on their conversation (or their phone) that they’re not watching their dog. The dog might be off pooping, digging a hole, or harassing other dogs and the owner has no idea.

In some situations, dog parks can be a good option if your dog does well there. I think smaller, neighborhood parks where you get to know most of the other dogs and people are better than large, “destination parks” where there’s a bunch of random people every time. It’s also helpful to go during off-hours to have a better experience. When Zara and I used to go to the large park in Raleigh, there were only a handful of other people there between 7:45 and 8:30 am on weekdays. In the winter or on bad weather days, we’d often be the only ones there.

Going to a dog park can be risky and it’s best to know your dog and the kind of situation you are putting them in. These days, I hardly ever go to a dog park. The last time I went was when we were visiting Washington, DC a few months ago and I wanted a place for Zara to run around for a few minutes. There was no one at the dog park, so we went in. If someone else had arrived, I probably would have left right away. It’s just not worth it to me, since for my dogs, the risks outweigh the benefits at this point. When they were younger, it was different, which I why I say you have to know your dog.

Do you take your dog to a dog park? Have you had a good or bad experience?