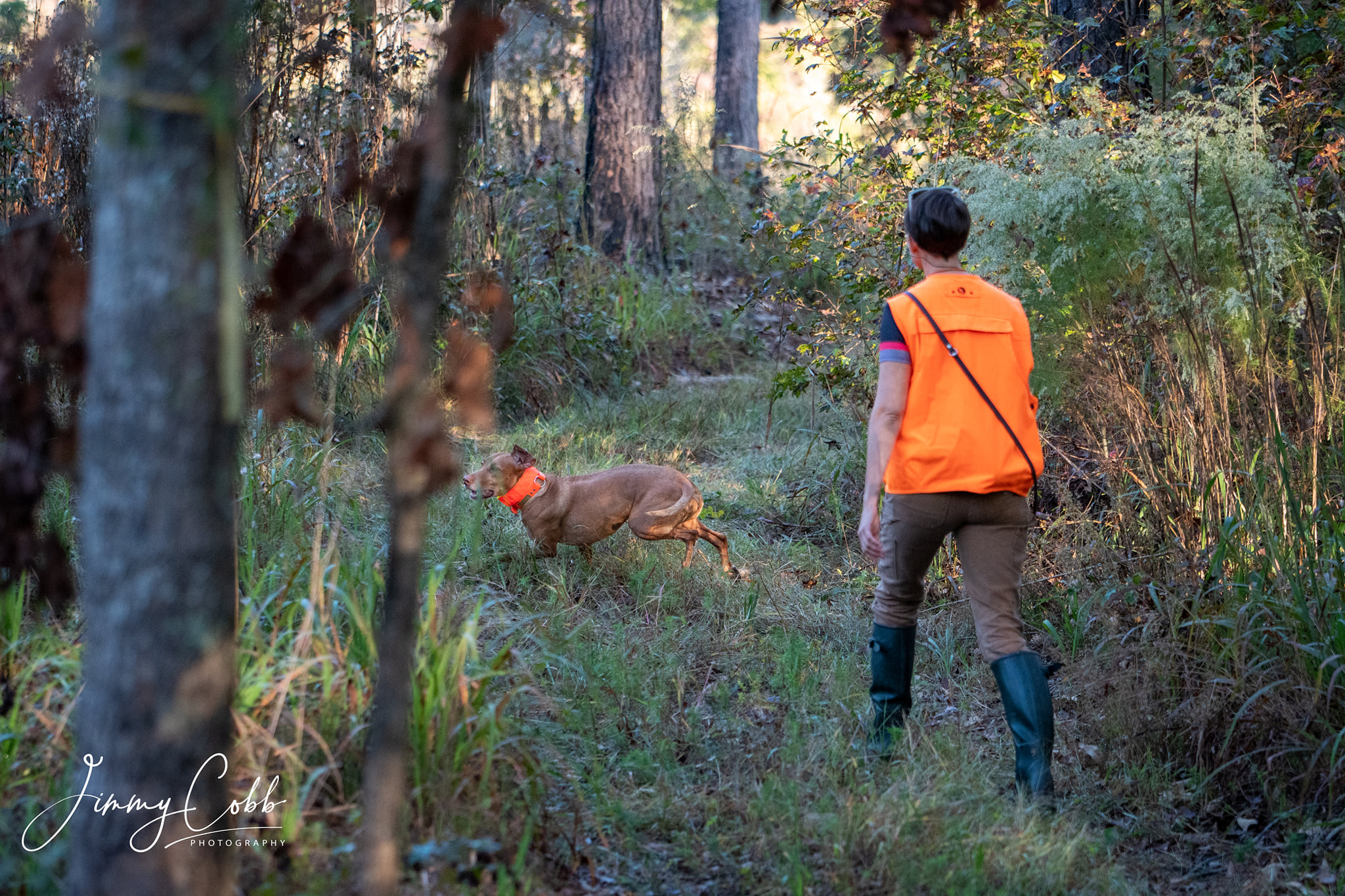 A few months ago, I participated in a UKC (United Kennel Club) field trial. I had done a UKC conformation show before, but it was my first UKC field event. Every other field event I had previously done was AKC (American Kennel Club) or NAVHDA (North American Versatile Hunting Dog Association). Given that UKC events are not that prevalent, I thought it would be useful to do a comparison post on AKC vs UKC field trials, since they are related but have distinct differences. For a broader overview of the two events, see my bird dog test and trials overview post.

What is a Field Trial?

A field trial is always a competitive event. They began in the 1800s and were originally designed to evaluate dog’s hunting ability in a controlled environment. Dogs are evaluated against certain criteria, but they are also judged against each other. While one dog may have done a great job and met all the requirements, if another dog is deemed to have done an even better job, it will win. Placements are given out ranking the dogs. Field trials are different from hunt tests, which judge dogs against a standard. If every dog meets the standard, they all can pass. There are only a certain number of placements given out in a field trial. 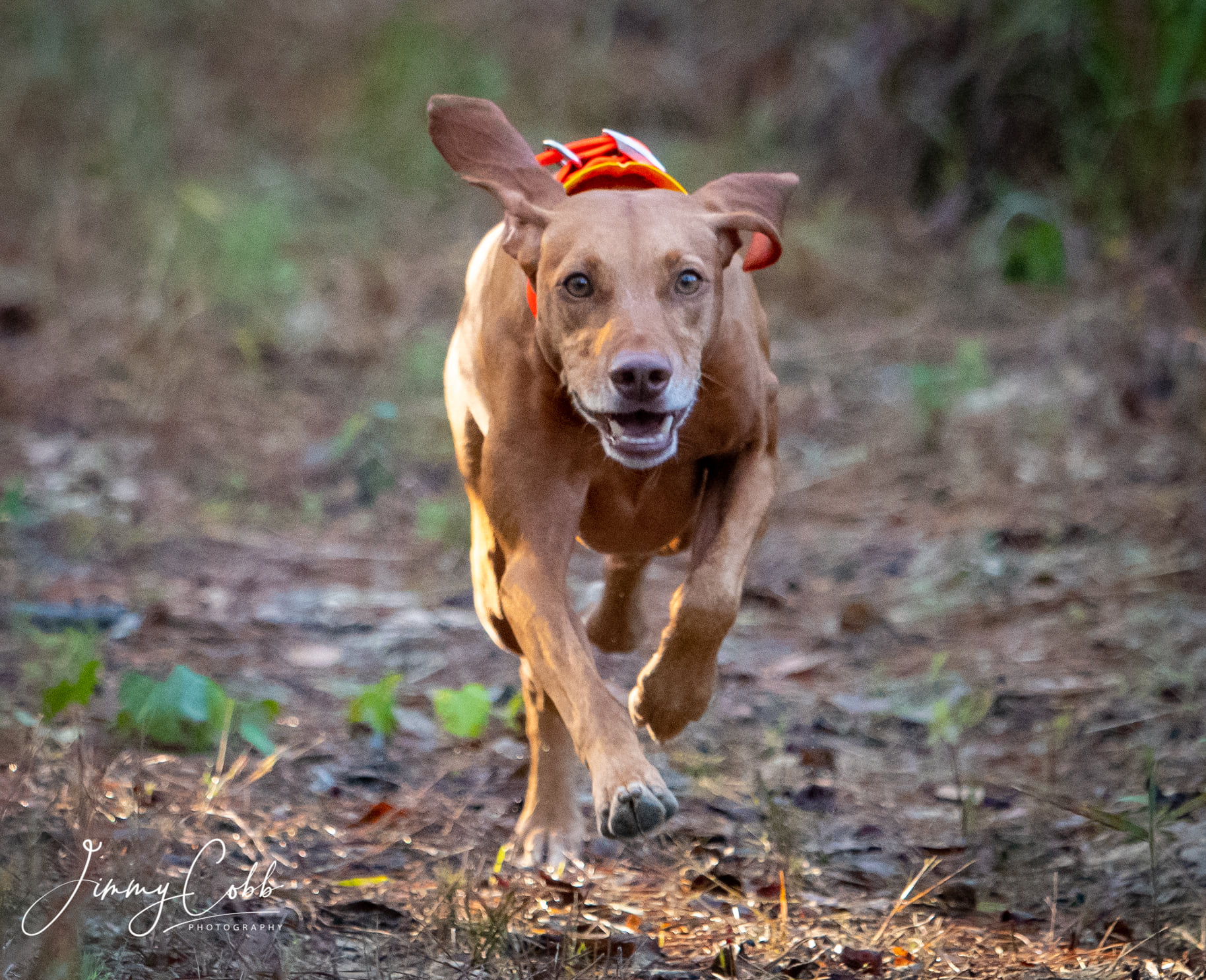 AKC field trials for pointing breeds are pretty easy to find, depending where you live. In the southeast area of the U.S. where I live, there are events most weekends from October to March, at least in a normal year (pre-COVID).

AKC field trials typically have three different types of stakes, which are “levels” of the event you can enter. Puppy stakes are for puppies six months to 15 months, derby stakes are for dogs six months to 2 years, and gun dog stakes are for finished bird dogs older than six months. In a puppy stake, the dog has to show a desire to hunt and cover ground efficiently, but they don’t necessarily have to find birds. In a derby stake, the same rules apply but they do need to find birds to receive a placement. In all levels, dogs are run in braces of two.

Since gun dog stakes are the “main” stakes in AKC field trials, I will go into the most detail about them. Pointing breeds entered in these stakes must hunt in a forward pattern, cover ground well, and find birds. They must be steady to shot/steady to release. Unless the stake is designated as a “retrieving stake”, only a blank pistol will be fired and the birds will not be shot. Dogs must honor their bracemate without a command and are expected to stop to flush without a command, as well.

AKC field trials typically have “amateur” and “open” stakes. Amateur stakes, such as Amateur Gun Dog, are only open to handlers who do not receive compensation for running dogs. Open stakes, such as Open Gun Dog, are open to anyone, including professionals who make a living handling dogs.

In order to earn a Field Champion (FC) title, a dog needs 10 points that are earned from field trial placements.

Points are awarded based on the placement and the number of dogs entered in the trial. The first place dog in a field trial stake with 25 or more starters earns five points. On the other hand, the first place dog in a stake with only four to seven starters earns one point. The AKC’s Field Trial Rules and Standard Procedure for Pointing Breeds booklet goes into more detail about earning titles.

A lot of AKC field trials have horseback handling. This means that the dogs are typically running further and faster than if the handler was walking. Although there are walking-only trials, or trials that allow walking handlers in addition to horseback handlers, those are harder to find. Therefore, if you’re not comfortable riding a horse or have the resources to have your own, AKC field trials can be harder to break into as a beginner. 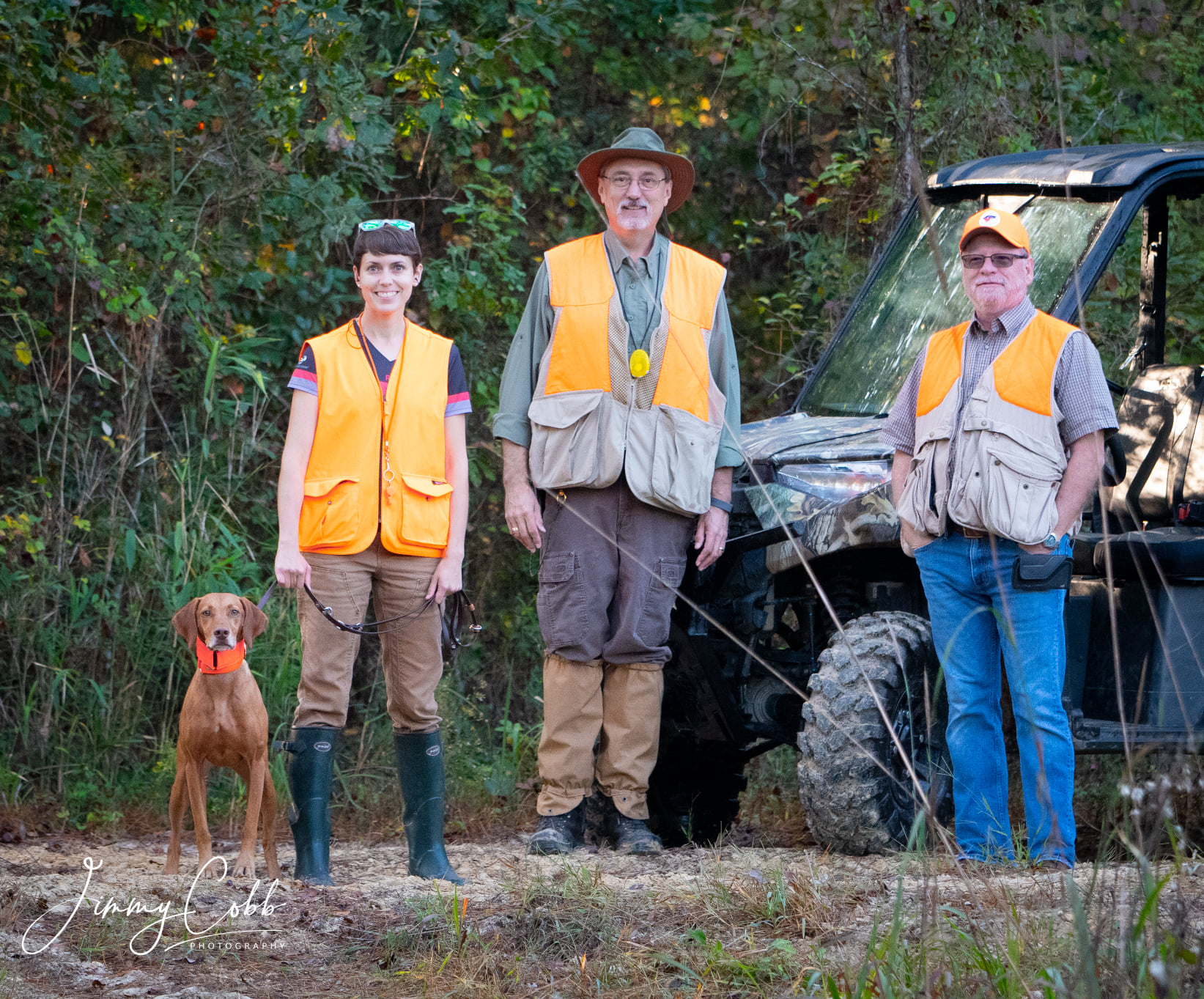 Zara and I wait to start the UKC trial. Photo by Jimmy Cobb.

UKC field trials have two main stakes: Gun Dog and Open. There is also a Natural Ability Test (TAN) for young dogs. The TAN is open to dogs younger than three years old and is to evaluate whether they have basic hunting ability and should be considered for further hunt training. They must demonstrate the ability to find birds and must point at least one bird in order to receive a TAN certificate.

Gun Dog stakes are intended for dogs that are six months and older who are at the beginning and intermediate levels and have not earned a title in the Open class. Dogs must find birds and be steady to wing. They are usually run solo, which is different than AKC. If an opportunity presents itself, birds will be shot and dogs must retrieve to within 15 feet of the handler.

The Open class is for finished pointing dogs. The Official UKC Pointing Dog Rulebook goes into more detail. Dogs must be steady to shot/release and must retrieve to hand if given the opportunity. The cool thing about UKC field trials is that there are Open Solo classes and Open Brace classes. In the Open Brace, dogs are run in pairs of two and they must back each other. However, in the Open Solo class, only one dog runs. When Zara and I went to the UKC field trial in October, I entered Open Solo because I didn’t think she would back on her own.

Dogs must also stop to flush if a bird pops up in Open. One different thing about UKC field trials is the one-minute “warm-up” rule. If a mistake is made in the first one minute of competition, the dog is allowed to continue. This one-minute rule saved us on our second day of the field trial. I released Zara to hunt, and she found a bird within the first minute. It was running, so she began to creep. Normally, this would disqualify her, but since it was in the first minute, she was allowed to continue. Whew!

As mentioned above, a dog can earn passes and/or placements in a UKC field trial. A pass is given out if the dog meets the basic requirements. A placement, which for the Open class is either Certificate of Achievement to Championship (CAC/first place) or Reserve Certificate of Achievement to Championship Title (RCAC/second place), is awarded if the dog goes beyond the basic requirements and shows an exceptional performance.

The details get a little complicated for titles (look at their rulebook for more info). In the Open class, a dog can either earn a Trialer (TR) or Champion of the Field (CHF) title. To earn a TR title, the dog must have three passes, including one CAC or two RCACs. To earn a CHF title, the dog must earn three CAC placements.

UKC field trials are always walking, which is nice for someone who is not used to horses, or for someone who is transitioning from the hunt test or NAVHDA world. These events also tend to be smaller and at least from what I saw, more welcoming than AKC field trials. However, they are harder to find. On the UKC website, there are only two upcoming trials listed in the whole country. I’m sure some of that is impacted by COVID, but there are definitely fewer events in comparison to AKC field trials.

AKC vs UKC Field Trials: Which is Better or Which Should I Participate In?

I don’t think there’s a right or wrong answer for which type of event is better. I think it really depends on your goals for your dog, and the level of training you’re at. For example, if your dog is steady to shot and retrieves, but doesn’t back yet, a UKC Open Solo class would be a good place to start. If your dog is steady and honors, but doesn’t retrieve, a non-retrieving AKC Gun Dog stake might be the way to go.

As a newbie to the field trial world, I really liked the UKC field trial format, which seemed to be a little more forgiving than AKC. Zara and I had a lot of fun that weekend, and she even earned one pass. I would definitely go to another UKC event. I would also like to try walking AKC field trials with her if I can find one in the spring, because I’m hoping she will be backing consistently by then.

Have you tried either one of these events? Leave me a comment below!