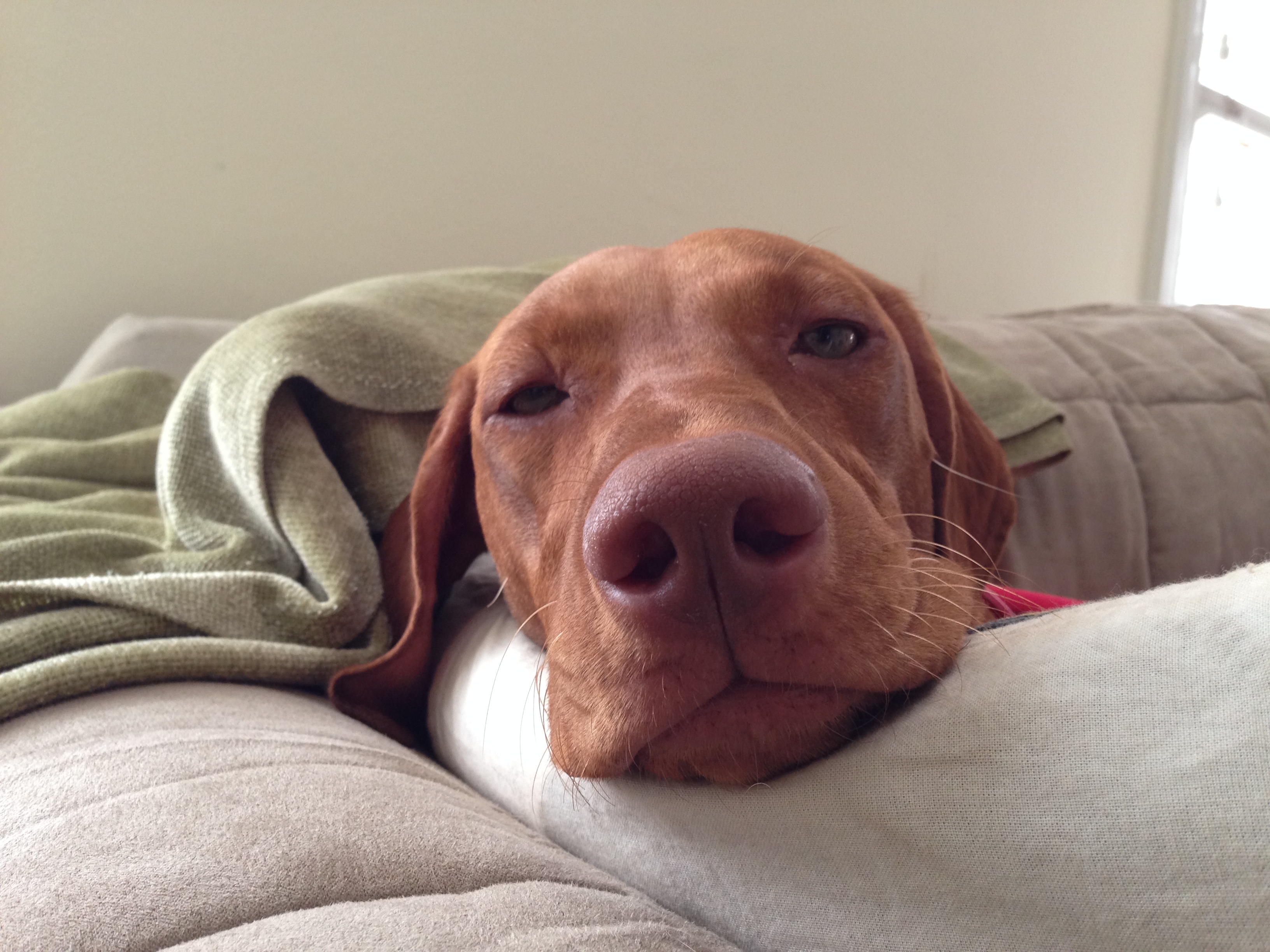 Why I Recommend Pet Insurance

When we first got Zara, we did not have pet insurance. I looked into it a few months before we got her, ran some calculations, and it didn’t seem worth it to me. Looking back, however, I made some incorrect assumptions.

My main assumption was that she was not going to get sick. Since we were getting a puppy from a reputable breeder, Zara would supposedly be free of major genetic faults, dewormed, and be in good health when we got her. This was all true. But I failed to talk to people who had gotten puppies (especially vizsla puppies) so I didn’t realize that puppies are like children. They get sick – a lot. They especially get sick when they are around other puppies and dogs. Socializing Zara was very important to us, so we took her a lot of places and to the dog park often (once she had had all of her required shots). These were mostly positive experiences, but I’m guessing that’s where many of her illnesses came from.

By the time she was six months old, she had had a yeast infection in her ears, an upper respiratory infection, and a long-lasting bout of kennel cough (which required two vet visits). At that point, we decided to get pet insurance because the costs were getting out of hand. We opted for VPI since Chris’ employer offers a 5% discount on their plans and the monthly cost is deducted pre-tax from his paycheck. They have a few plan levels and we opted for the middle tier. Ours is about $20 a month, for a yearly cost of about $240 and our deductible is $250. It covers accidents, injuries, and most illnesses. The plan with less coverage costs less per month and mostly covers accidents and injuries. The higher coverage plan costs more and also covers some wellness visits (such as yearly shots).

In our first year with Zara, our pet insurance paid off. We went to the vet several more times that year with other illnesses and the dog bite and ended up getting several hundred dollars back. I like VPI because their customer service is good. It is pretty easy to submit claims and they mail reimbursement checks within a few weeks. They won’t cover pre-existing conditions which were present before the coverage set in, however. For us, that means an ear infection is an existing condition, but since Zara’s been free of it for more than six months, we can write to them to get them to remove it from our policy. I just haven’t gotten around to doing it.

This past year (our coverage runs April 2015 to April 2016), Zara has hardly been sick at all. We only went to the vet once for an illness, when I wanted to get her tested for giardia over the summer (she didn’t have it). While I like having the insurance for peace of mind, I was assuming that we were going to lose money on it. And then we ended up at the emergency vet two weeks ago.

On Sunday morning, Zara woke me up by vomiting on our bed. She hadn’t eaten since the previous evening, so the vomit was all liquid. I was a bit concerned but  didn’t think too much of it. When I gave her breakfast a little while later, she only ate a small portion. That was extremely unusual. Zara is not a picky eater and has never been. She is always willing to eat. I don’t think I have ever seen her leave food in her bowl.

Throughout the day, she was acting a little lethargic but didn’t have diarrhea or seem too sick. Later that evening, around 6pm, she threw up again and I hadn’t fed her again. She threw up a third time around 8:30pm and we started getting really concerned because by then, she was acting very lethargic. So we headed to the emergency vet around 9:00pm that night.

The last time we had gone to the emergency vet was when she had been bit by our neighbor’s dog and it was around the same time in the evening. I just didn’t have a good feeling about the visit.

The doctor did a preliminary check and said that her temperature and vital signs seemed fine. In order to figure out what was happening, they recommended checking her blood pressure, running a basic blood panel, and doing an X-ray to check for a blockage. This is when money came into the equation. The vet pulled up a calculator on her computer and started telling us the costs of the different procedures and left it up to us to decide what we wanted. We opted to do the blood pressure (who knew checking a dog’s blood pressure cost $80?) and blood panel at first.

While the results of the blood test were normal, Zara’s blood pressure was much lower than it should have been. The vet was very concerned about this and said that they would need to hospitalize her for at least 12 hours and put an IV in to give her fluids. At this point, the costs the vet was quoting us were climbing higher and higher. And this is when I was reminded why having pet insurance is so important. Because I can almost guarantee you that if we did not have pet insurance, we would have made a different decision about what care to give Zara that night. I think we would have opted to take her home with us instead of letting the hospital keep her overnight and I’m not sure that would have been the best choice.

I recommend pet insurance to new dog owners because of this. Having pet insurance as a back-up, knowing that some of the costs will be covered, helps the decision-making process at crucial times. At a minimum, I recommend a basic plan that covers accidents and injuries. The one offered through VPI is not very expensive per month and it would cover a broken leg or a dog bite. Because who knows when those things could happen. And they could happen to a healthy two-year-old dog that you got from a reputable breeder.

It’s a Vizsla Thing did a post on this same topic a couple of years ago and she leaned in the direction of not getting insurance. However, if you’re not going to get pet insurance, I like her idea of setting aside the money you would use for a pet insurance premium so you have it in case of an emergency. That will also give you a back-up and some peace of mind.