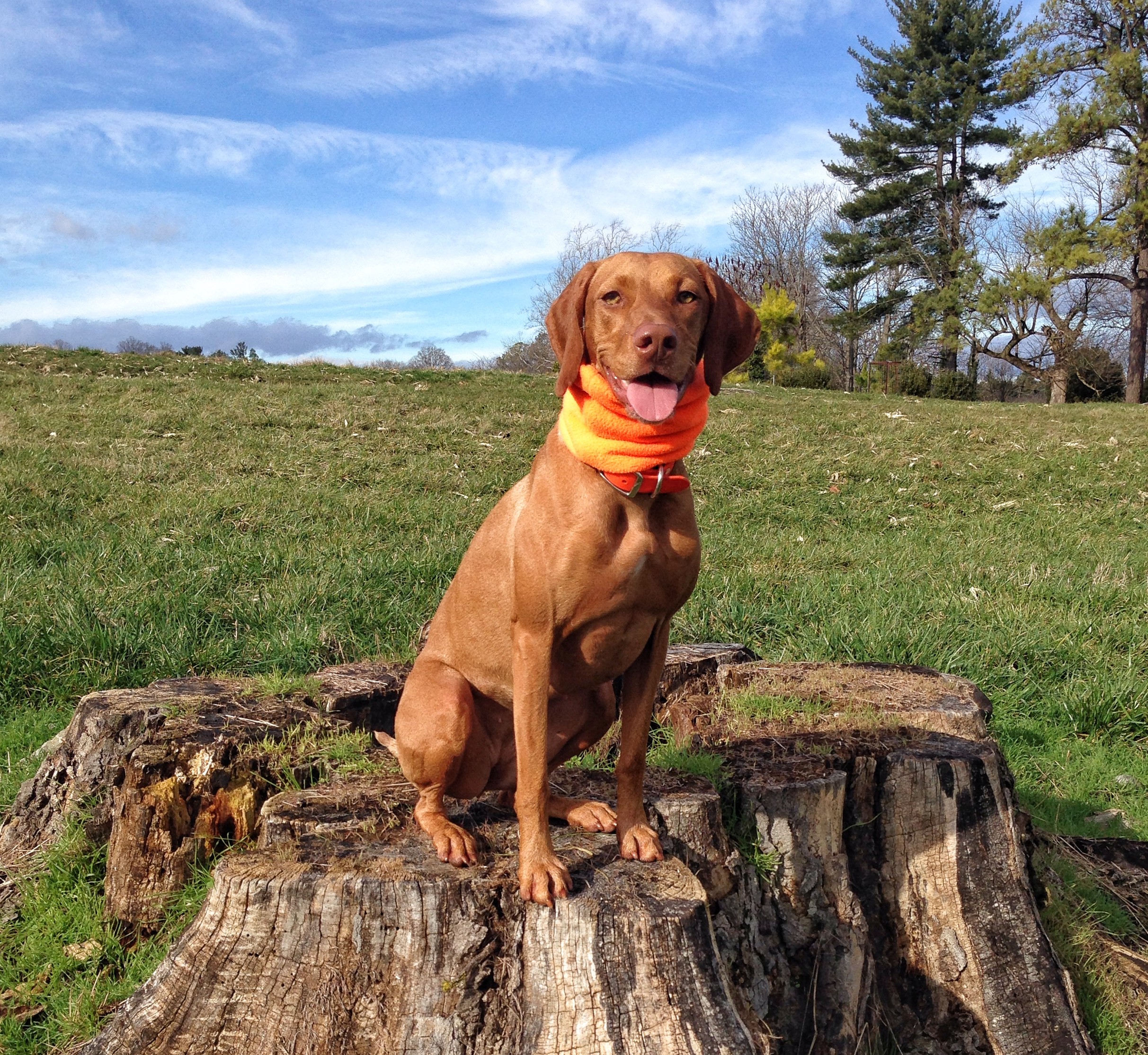 Chris and I took Zara on a New Year’s Eve hike on Thursday. We went to the State Arboretum of Virginia, which is part of the Blandy Experimental Farm in Boyce, Virginia. It is owned by the University of Virginia and they actually allow dogs to be off-leash on their property! They have to be leashed within 200 feet of the buildings and otherwise under voice command. I have known about this place for at least a year but I had not gone because it is an hour and twenty minute drive from our house. Not an impossible drive, but far away enough that the distance was a deterrent. I convinced Chris to go with me on New Year’s Eve and it was a nice place.

There are a few trails you can walk on, the longest of which is 2 miles. There is a 7-mile trail but it is primarily for horses and you can’t have dogs off-leash on that trail. The 2-mile trail forms a big loop around the property and winds across farmland, a small lake, various types of trees, and rocky walls.

When we arrived, there were hardly any other cars in the parking lot. The whole time we were there we only saw a few other people. This was probably because it was New Year’s Eve and also somewhat cold. As soon as we let Zara off-leash on the trail, she took off running. She didn’t stop running the whole time we were there. It was different than the places I normally take her – more open and less wooded so it was a nice change of scenery. About halfway through the walk, we stopped so I could get a photo of Zara beside a cool-looking rock. As I was attempting to guide her into position, she sniffed at the rock and then jumped back. There was a snake coiled up next to the rock! I did not see the snake move at all, but I quickly got us away from it and needless to say, that photo opportunity was lost. We took some photos in another location instead. 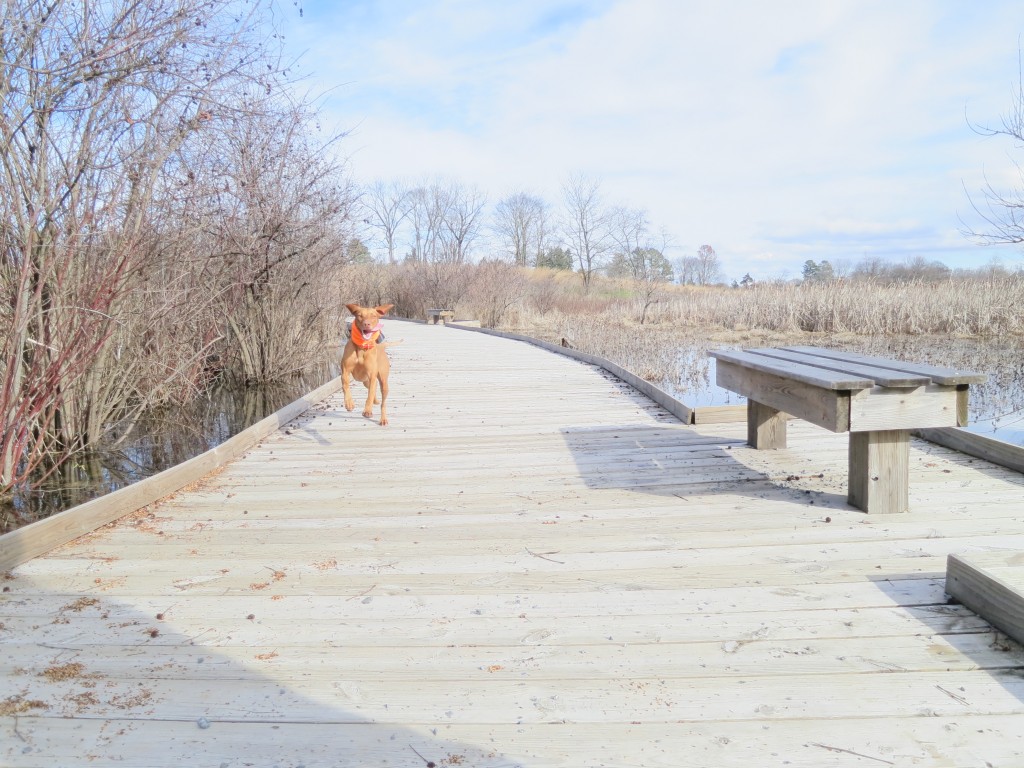 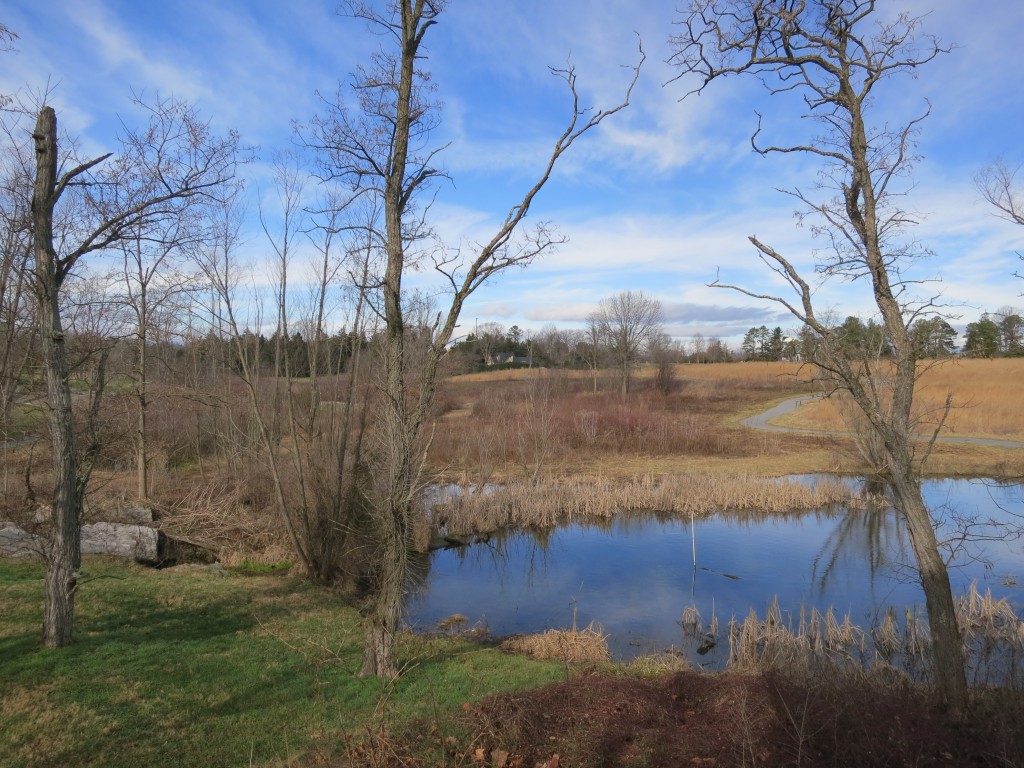 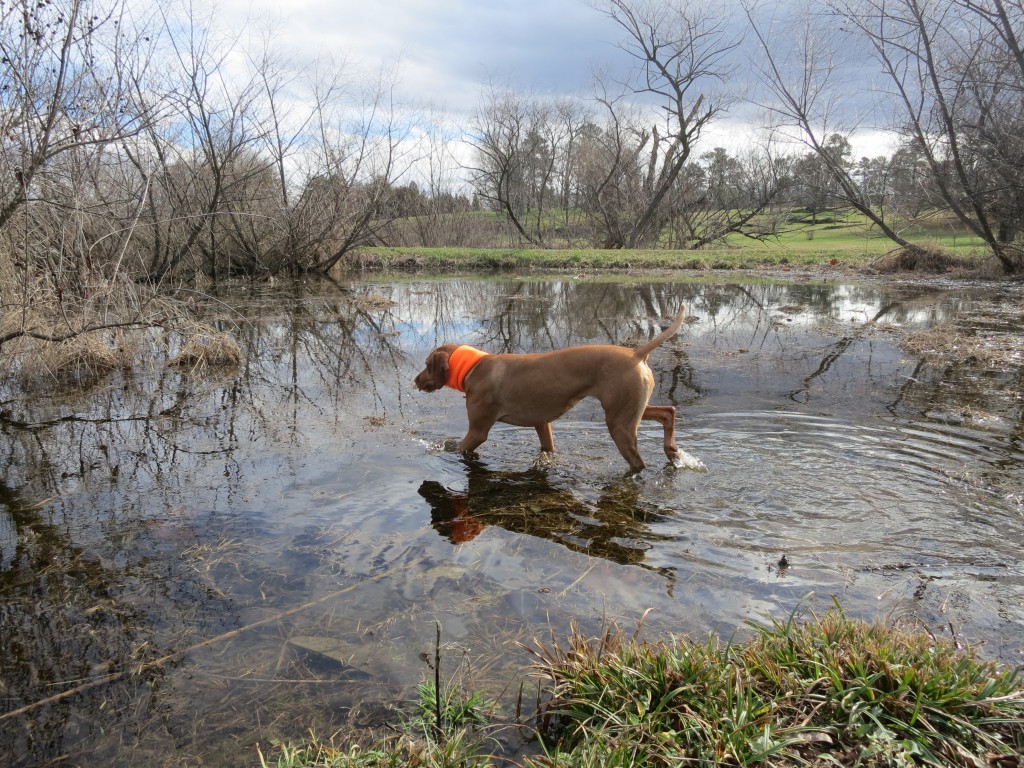 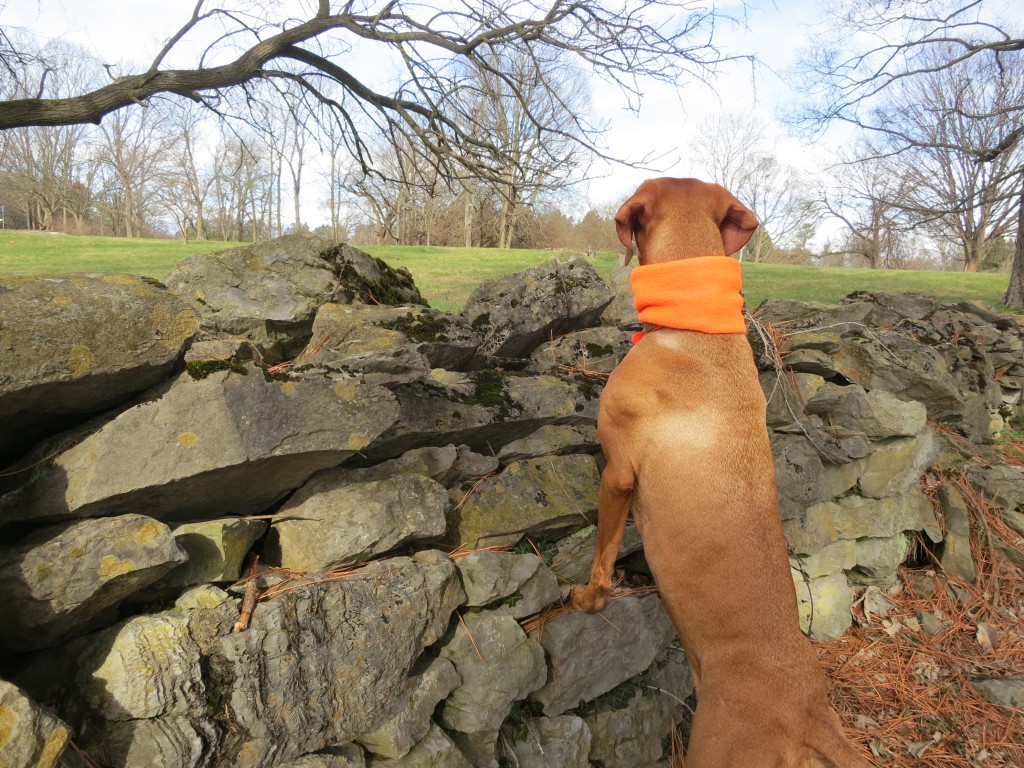 The arboretum was a nice place to visit but I wish we lived closer. It’s a bit too far to go on a regular basis. But we all enjoyed the visit and Miss Zara was quite tired for the remainder of the day, which allowed Chris and I to celebrate New Year’s Eve without worrying about her. :) 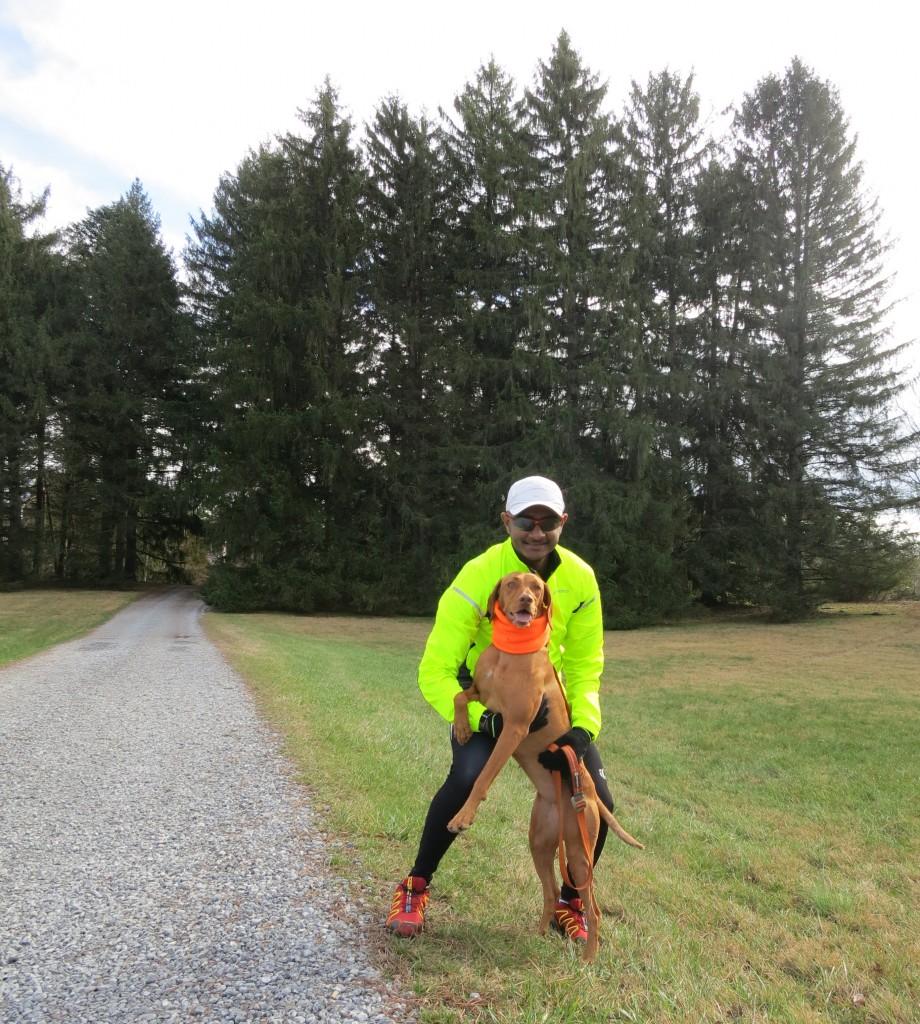 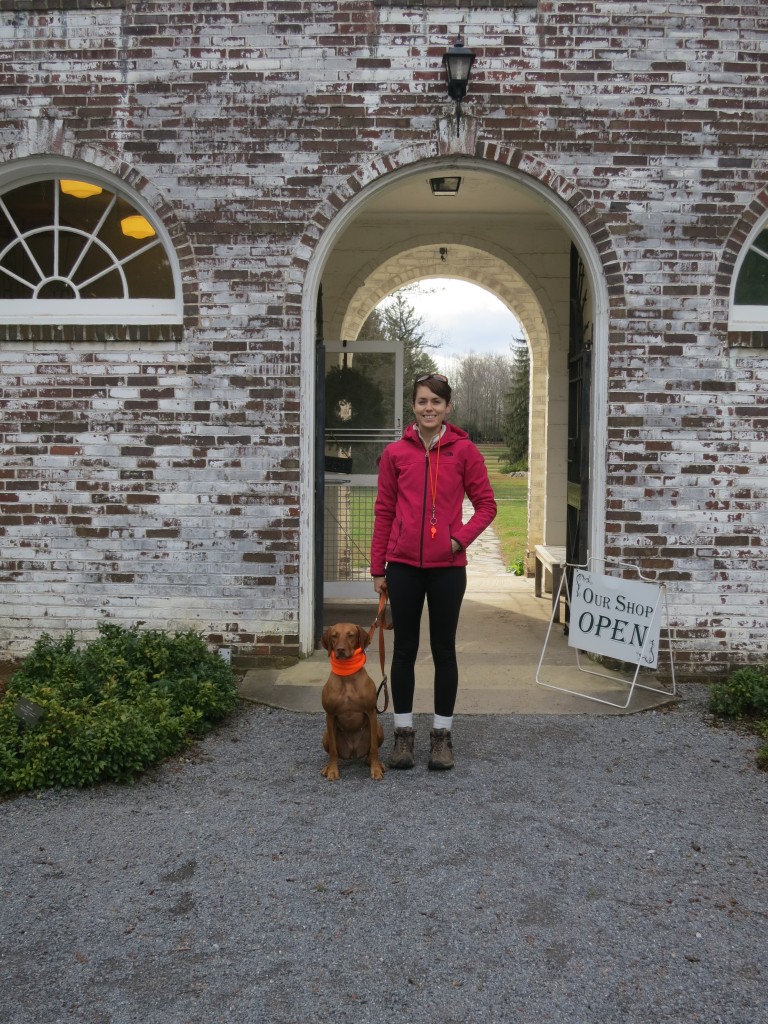