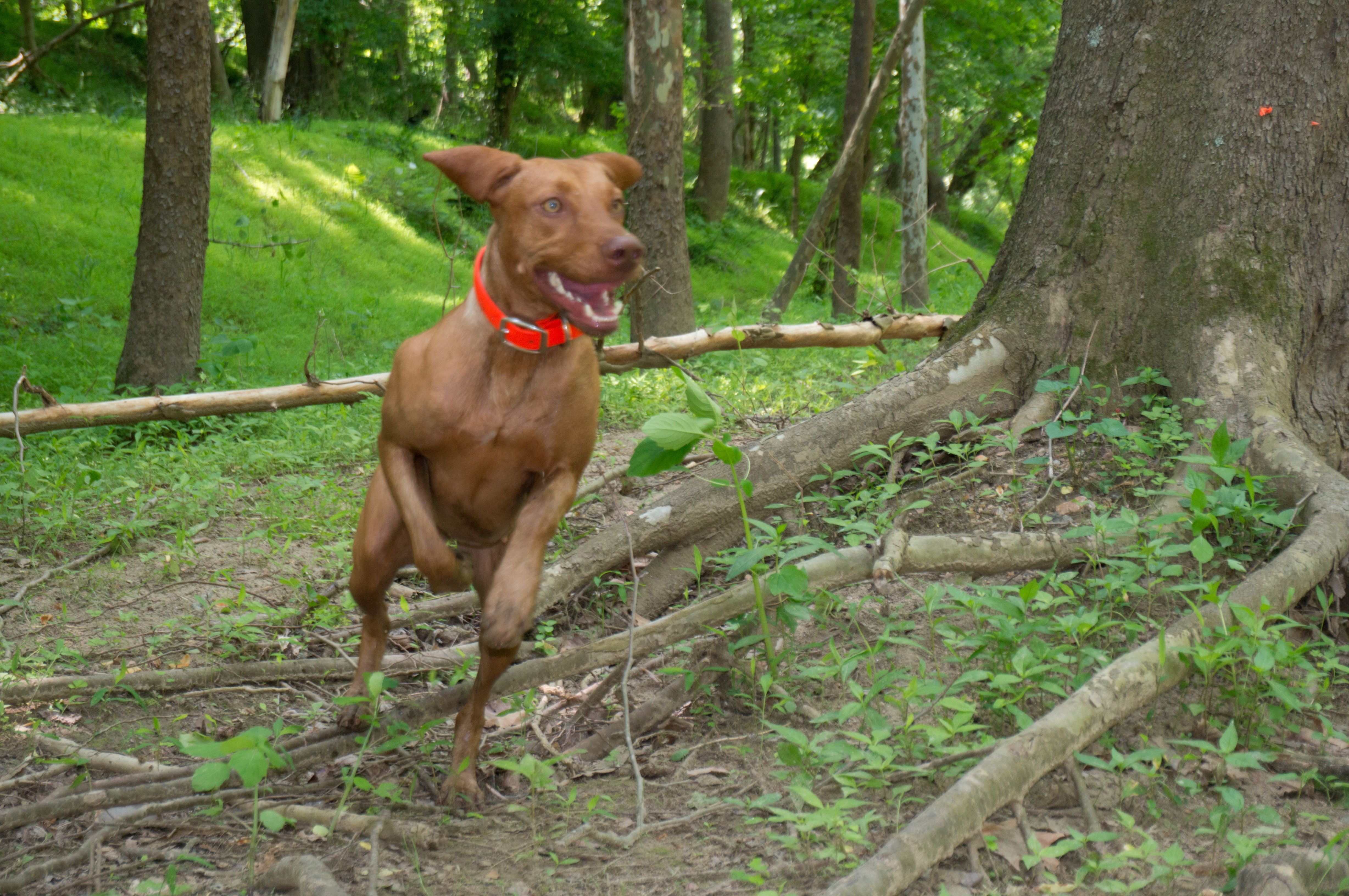 Obviously vizslas are fast dogs. Some sources even claim they are the second fastest breed after greyhounds. We have seen Zara run super fast at the dog park and when she’s hiking. For the past couple months, my sister and I have been half-joking about strapping one of our Garmin GPS watches to Zara to see how fast she actually goes. Yesterday we went hiking and did just that. :) 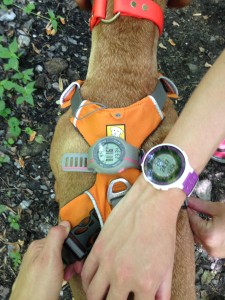 I took my Garmin Forerunner watch and attached it to Zara’s Ruffwear harness. It actually fit perfectly and didn’t move around. I was a little nervous about putting a $300 device on her but thankfully nothing bad happened to it. My sister wore her own GPS watch so we could compare our distance to Zara’s distance. Although we did get some good data, it became clear pretty quickly that it was too hot for Zara to move very fast. She started off running and zigzagging a lot and then she tired out and stuck much closer to the trail, walking and even taking breaks to lie down (!). We will have to do this again when it is cooler in the fall. I also think she will reach a higher speed if we are with another vizsla because they chase each other and challenge each other to go faster.

After I got home, I uploaded the Garmin data to my computer and looked at the results. Zara’s top speed was 5:12 minute/mile pace, which, while fast for a human, is probably not Zara’s top speed. She did have a good amount of fast spikes but her overall pace was much much slower, mostly because she was walking and stopping a lot.

It was also cool to see her path because the Garmin Connect website shows the exact trajectory she took. While person running with a Garmin would probably have a pretty straight line, Zara’s path is crisscrossing back and forth like crazy.

We had speculated how far Zara really goes on a hike when the humans do say, 4 miles. Is it double? Triple? Her distance this time was 4.47 miles. Our was 2.97. Not quite double, but like I said before, she was not on her A game.

After an hour-plus of hiking, we took the GPS off of her and let her go in the river to cool off. She fetched a bunch of sticks and had a good time. I didn’t put the GPS back on her after that, but I probably should have, because she was re-energized and running all around after swimming. 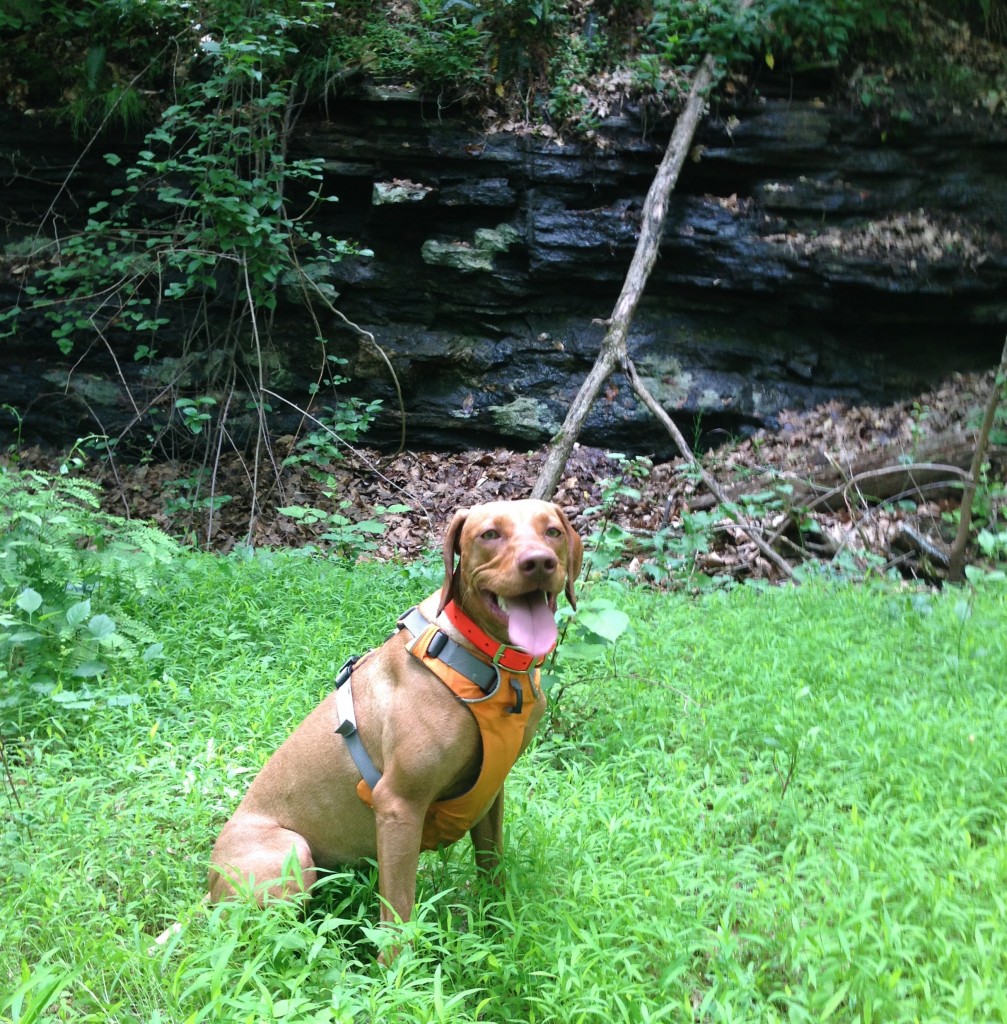 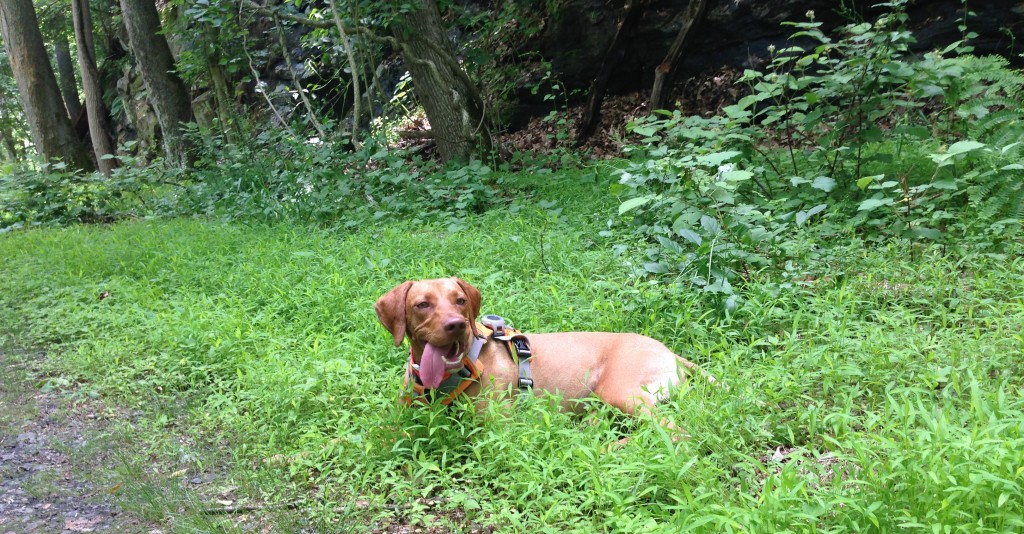 Sprinting through the forest. 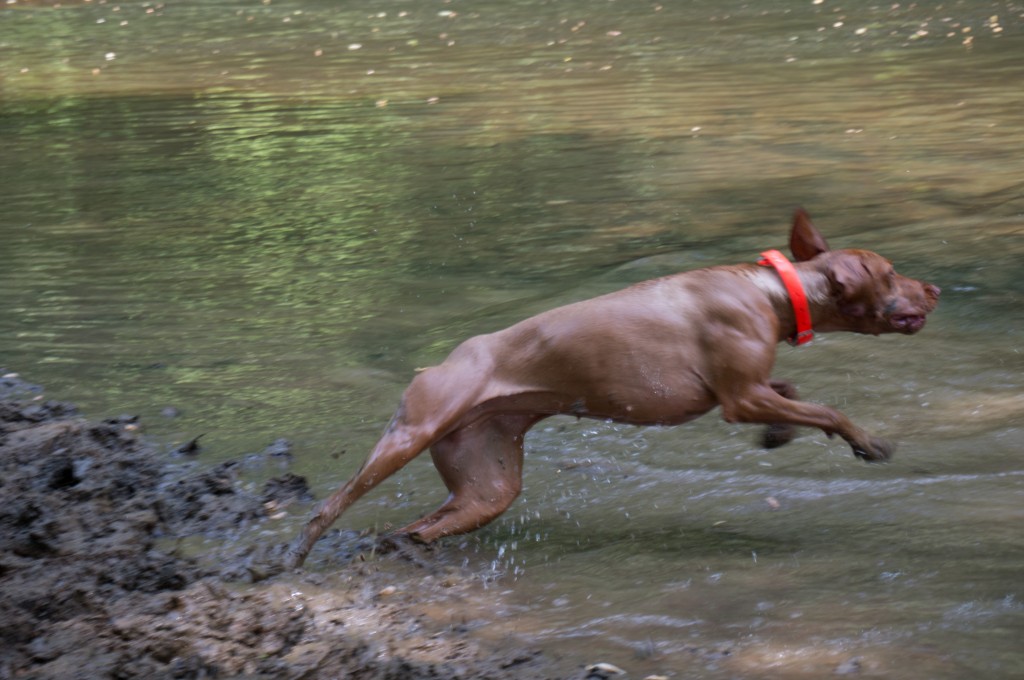 I’m going to get that stick! 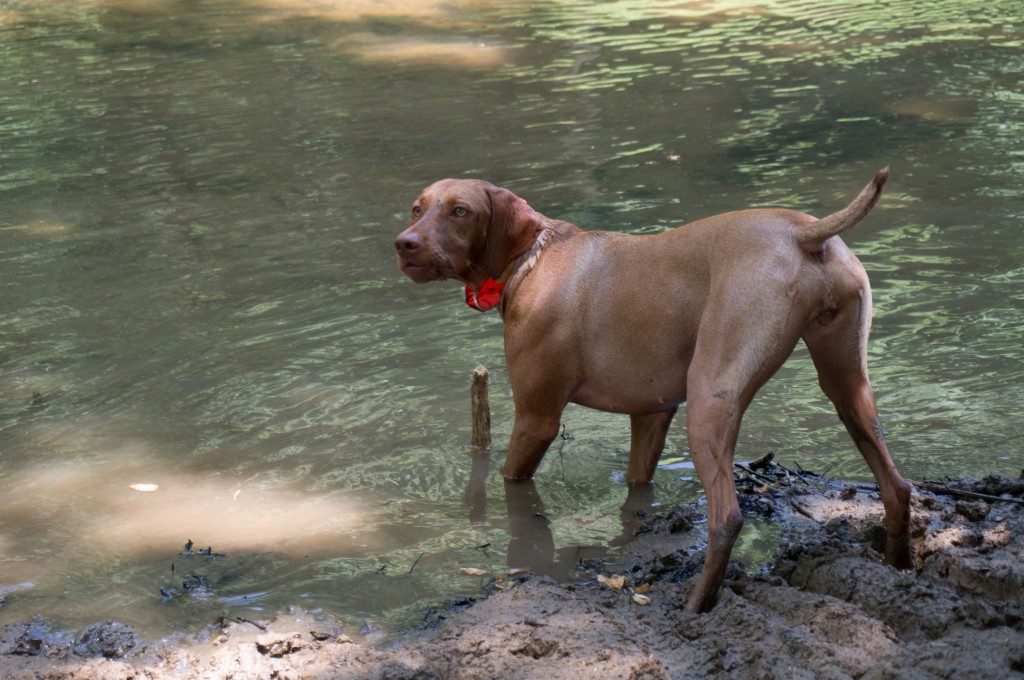 Do we have to leave?