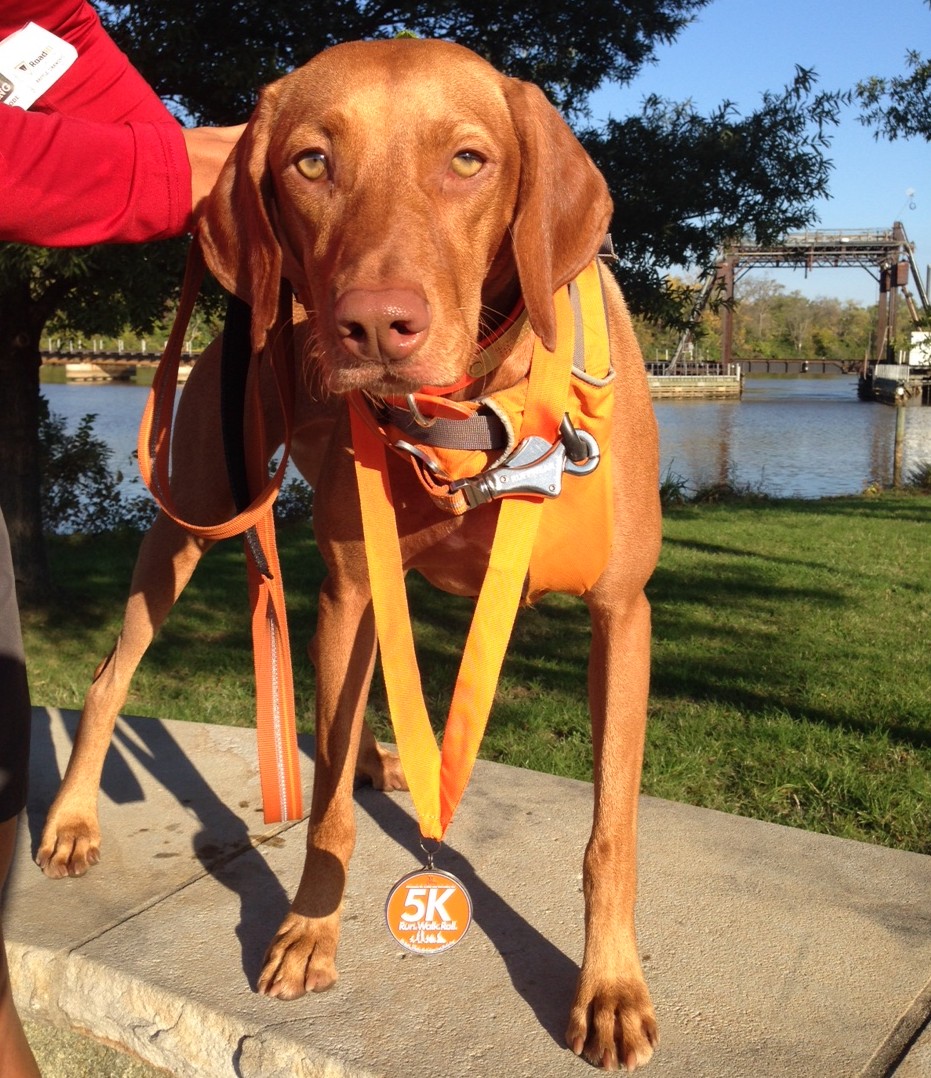 One of the reasons Chris and I initially started investigating vizslas was because they are well-suited for running. We started running with her when she was about a year old, since running with a young puppy can potentially cause joint problems later in life. I didn’t run with her much last winter and spring because I was trying to rehab my left leg and work on changing my stride. Chris ran with her off and on but probably only once or twice a week.

In June, I was finally able to run with Zara on a regular basis. Since then, we’ve run 3 miles together twice a week almost every week. We typically run on Monday evenings at the local Port City Brewing Company’s Joggers and Lagers event and Thursday mornings before I go to work, although I’m going to have to modify that schedule a bit now that it is getting dark earlier. Zara is a great running partner. She hardly ever stops unless it is really hot or she has to do number one or two. She just keeps going and going – she could run for miles and miles and be happy about it.

Zara is still a major leash puller (with me at least) and that definitely applies to running as well as walking. I think her ideal running pace is probably a sub-7:30 mile pace but I’m usually running somewhere between 9:30 and 8:00 pace. Hopefully she will continue to train me to get faster! Until then, she continues to pull. I have tried several different harnesses and methods but without much success. Now that our wedding is over (post with photos to come soon!), I’ve decided to crack down on the leash pulling and other little behavior issues she has. I’ve been referring to it as boot camp and it started this weekend.

Anyway, Zara and I ran our first 5K together on Saturday! (She ran a 5K with Chris back in May.) It was a small race held in Anacostia Park in DC. My previous 5K PR was 25:30 and I was trying to beat that. I had run 25:34 in practice a few weeks earlier so I was thinking it was possible.

The race ended up being smaller than I thought – only about 50 participants, many of whom were walking. It started a bit late and Zara was amped up when it was finally time to go. My friend Jesse ran with us as well and after a few minutes, it was pretty clear that we were going to win the race. We started strong when the race started and soon were in the lead. It was actually a great course: very flat and the roads were well-maintained, without potholes. The volunteers were very peppy too, especially when they saw Zara. We did indeed finish first, which was kind of crazy because I have never come anywhere close to winning a race; I’m just not fast enough compared to other serious runners. But the real accomplishment was that I beat my PR by 20 seconds! We finished in 25:10! 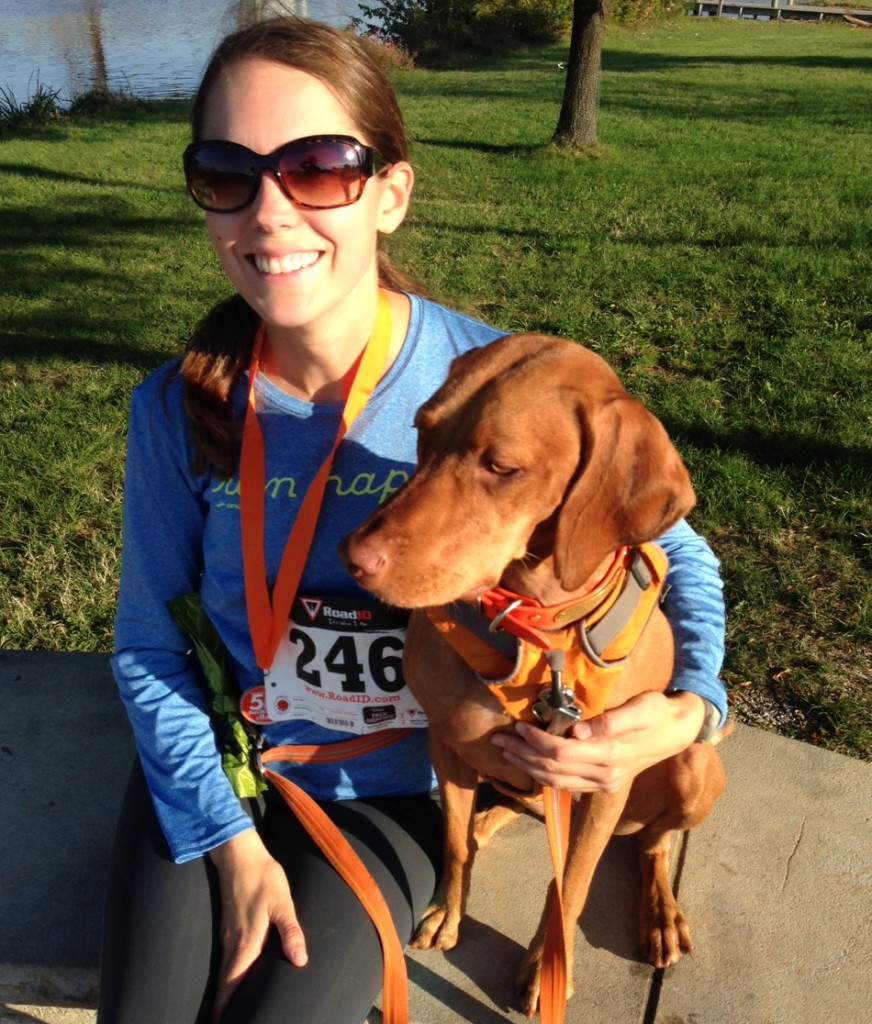 Later that day, we went to the Glencarlyn Dog Park and walked around the woods. It’s finally cold enough to break out Zara’s neckwarmer! 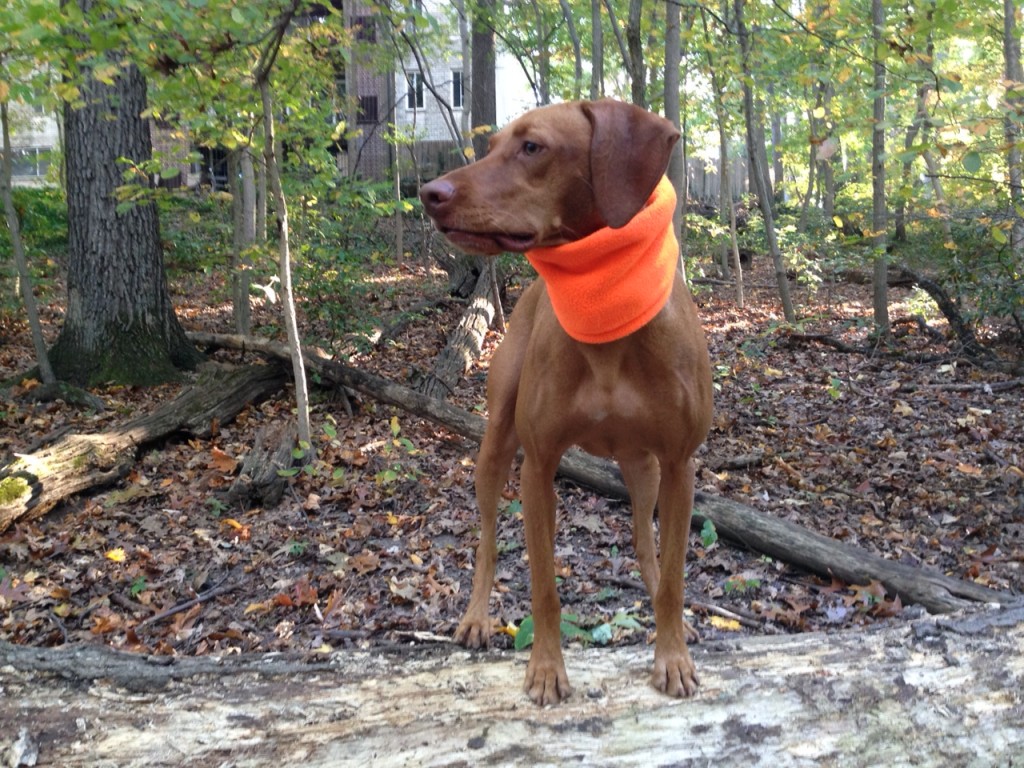 Modeling her neck warmer, from Beast Workshop on Etsy 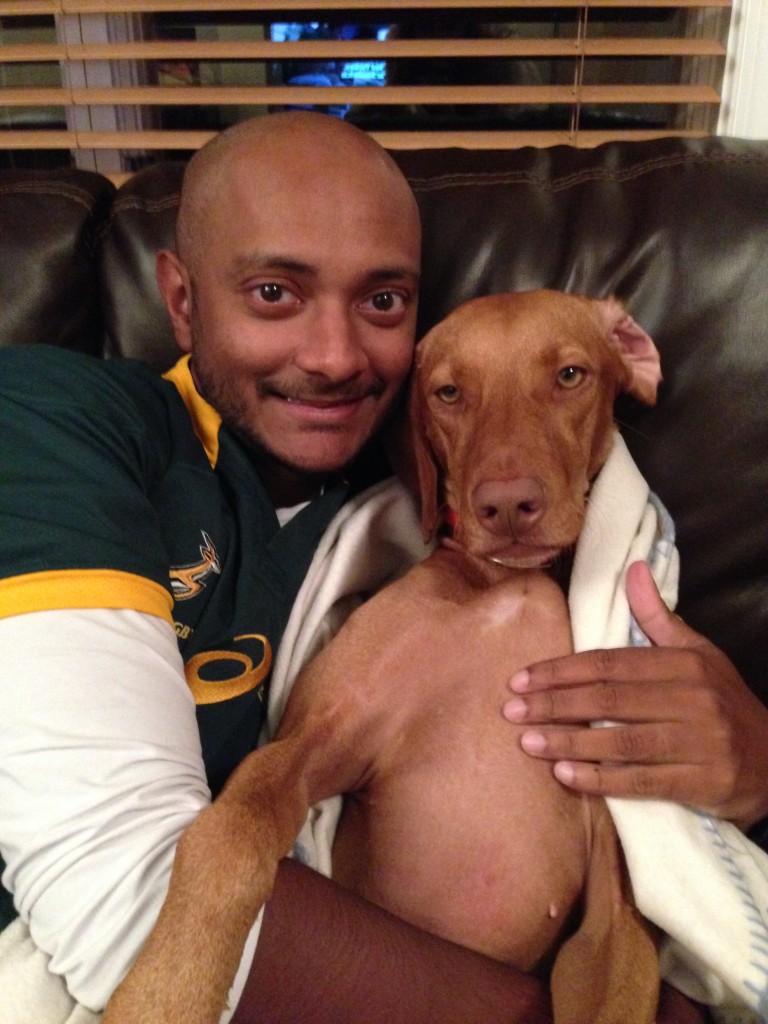 Lounging with Daddy after a day full of activity