Last May, my sister and I went hiking with Zara and tracked her mileage using my Garmin GPS watch. Unfortunately, it was very hot when we went out that day, and Zara was just not able to go super fast. We finally repeated the exercise yesterday. It was cool enough that she wouldn’t overheat. Her vizsla friend Gatsby was going to come along as well but he got stung in the face and couldn’t make it. So although we got some good data this time, I think we need to try it one more time with a whole bunch of other vizslas. Zara runs fast by herself, but I know she goes faster when there are other dogs around.

Last time, my sister and I walked 2.97 miles and Zara did 4.47. This time, we went 4.2 miles and Zara went 9.48! More than double. However, after we had gone 2 miles, I checked the watch that was attached to her and she had already done 6. So she did triple our mileage during the first half of the hike but then slowed down a bit.

Her pace was also much faster this time. Her best pace was 3.04 minutes/mile!! That is crazy! Last time it was only 5:12. She spiked into the 3’s several times. The overall pace for her second mile was 6:46 min/mile which is also quite fast. The chart below shows her best paces and average pace for each mile. 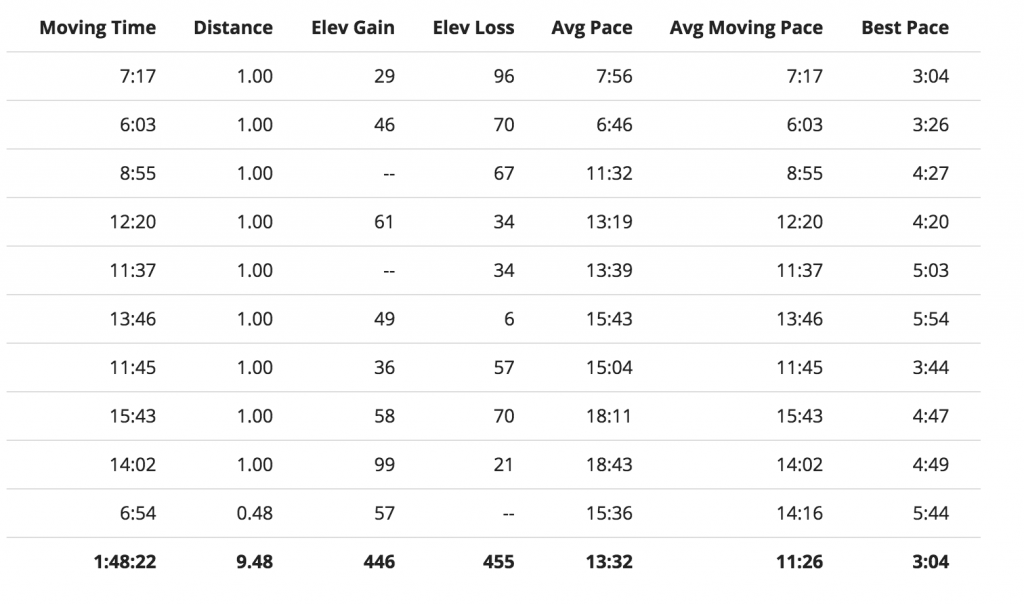 This graph shows how erratically she runs – speeding up and slowing down constantly.

Zara definitely does not keep a consistent pace.

Besides tracking her speed and distance, we also tried to get some photos of her as she was romping along the trail. She’s a hard subject to capture, but my sister took some good shots. 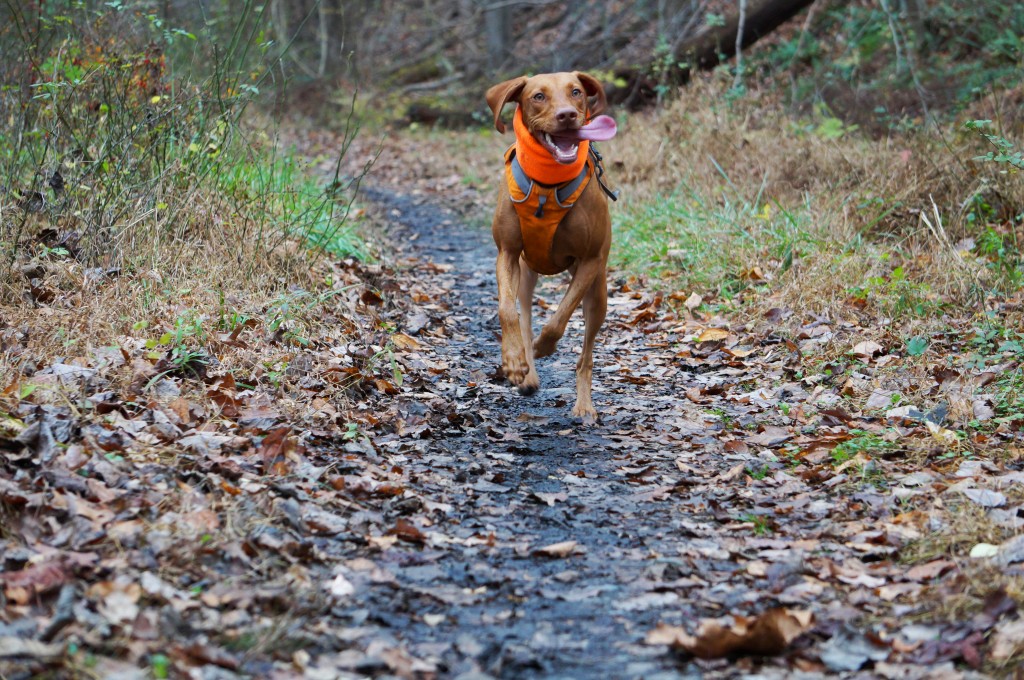 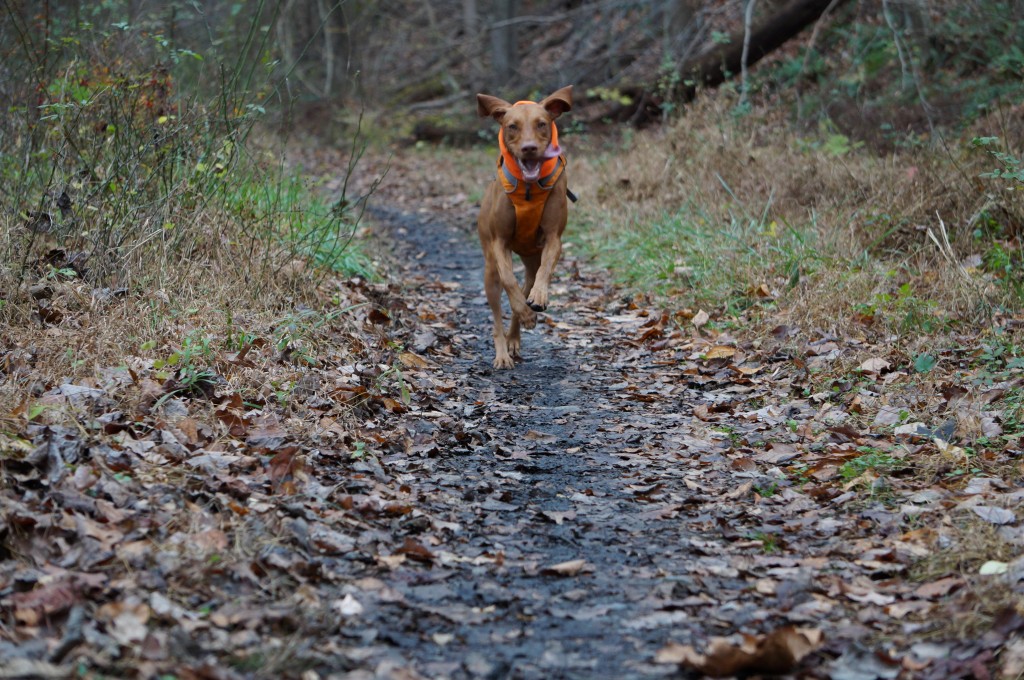 Look at those ears! 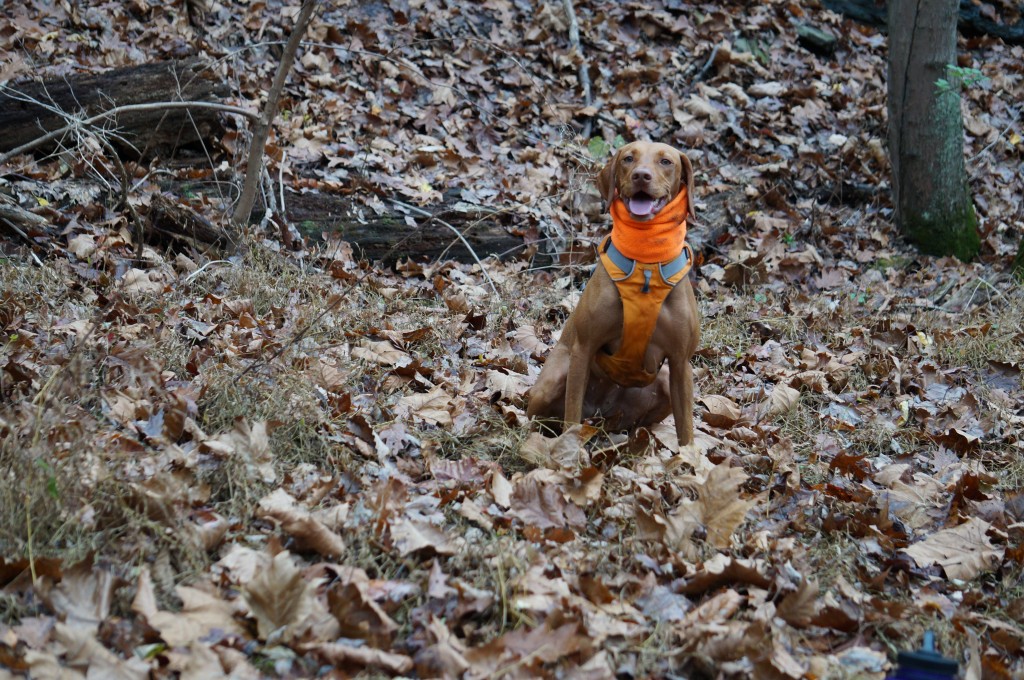 Being forced to sit in one place – she was not thrilled. 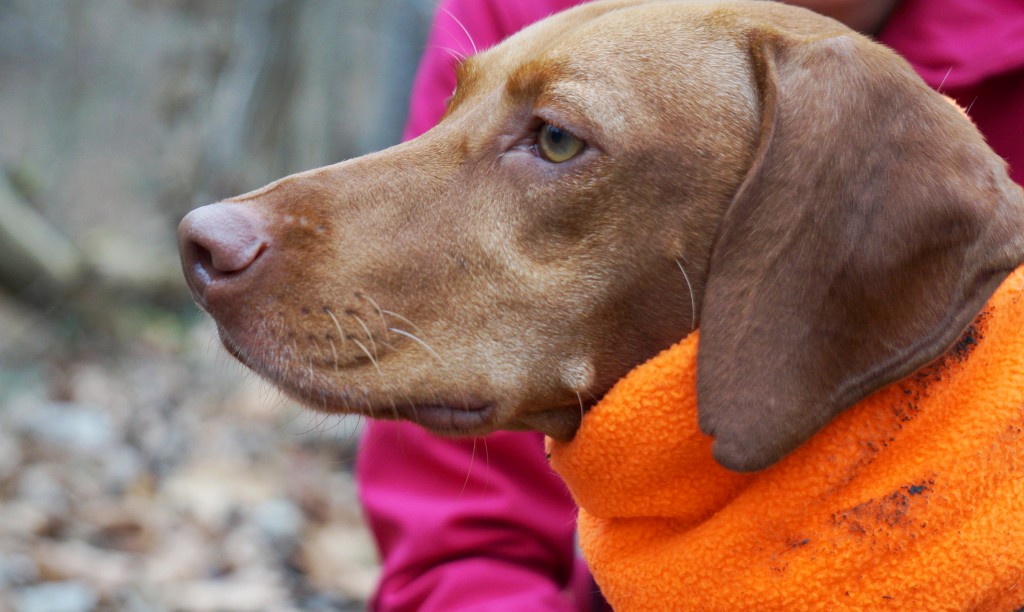 Close-up of the beast. Note the dirt on her neck warmer – she rolled in some poop. 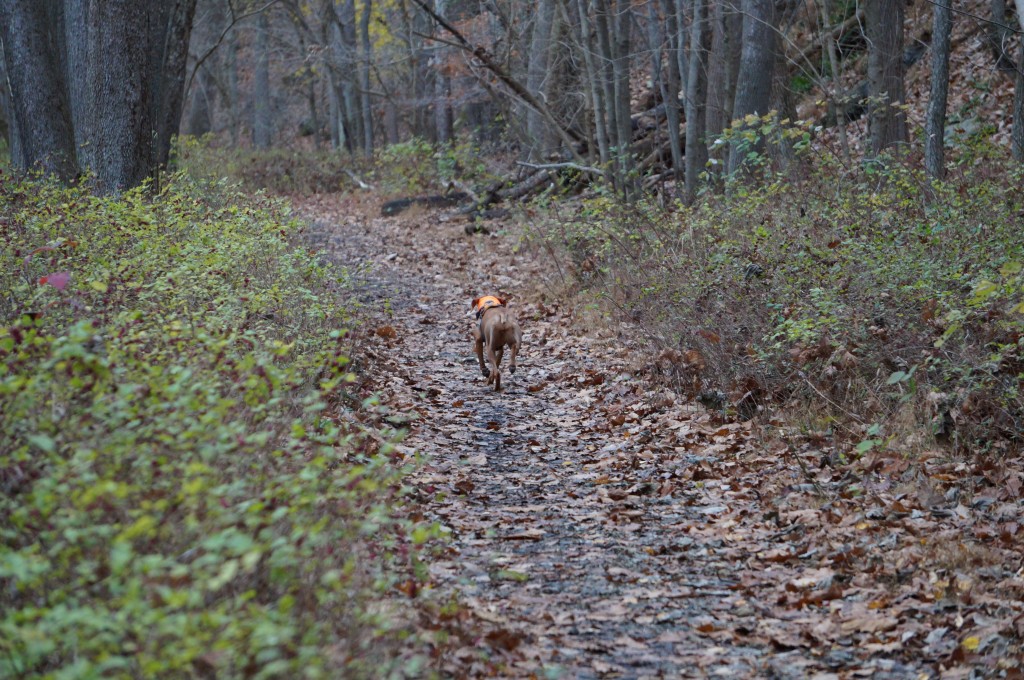 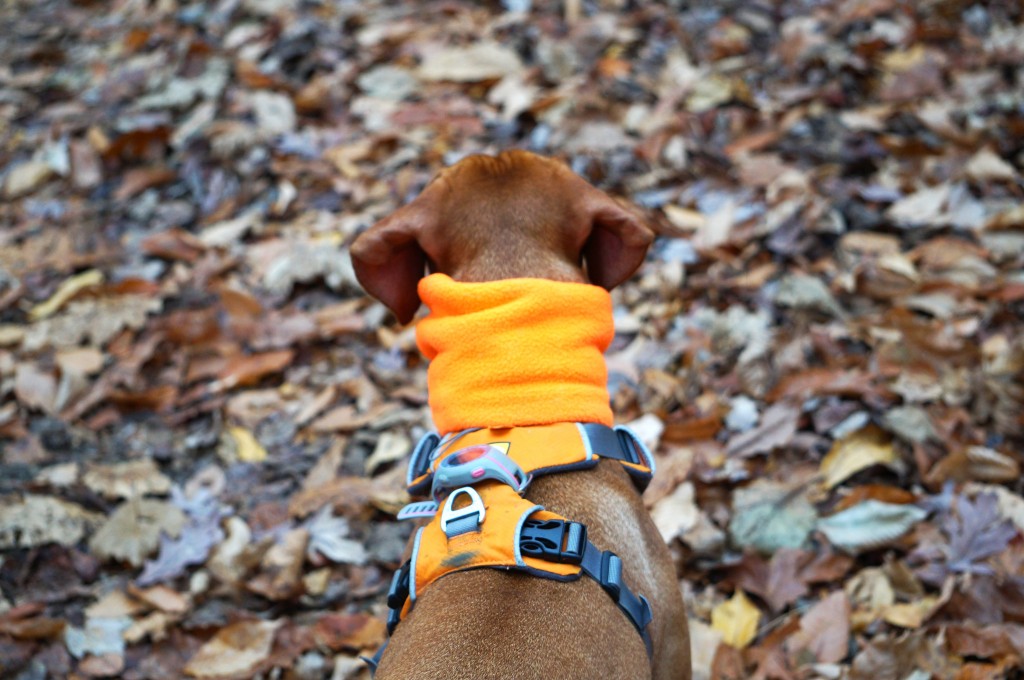 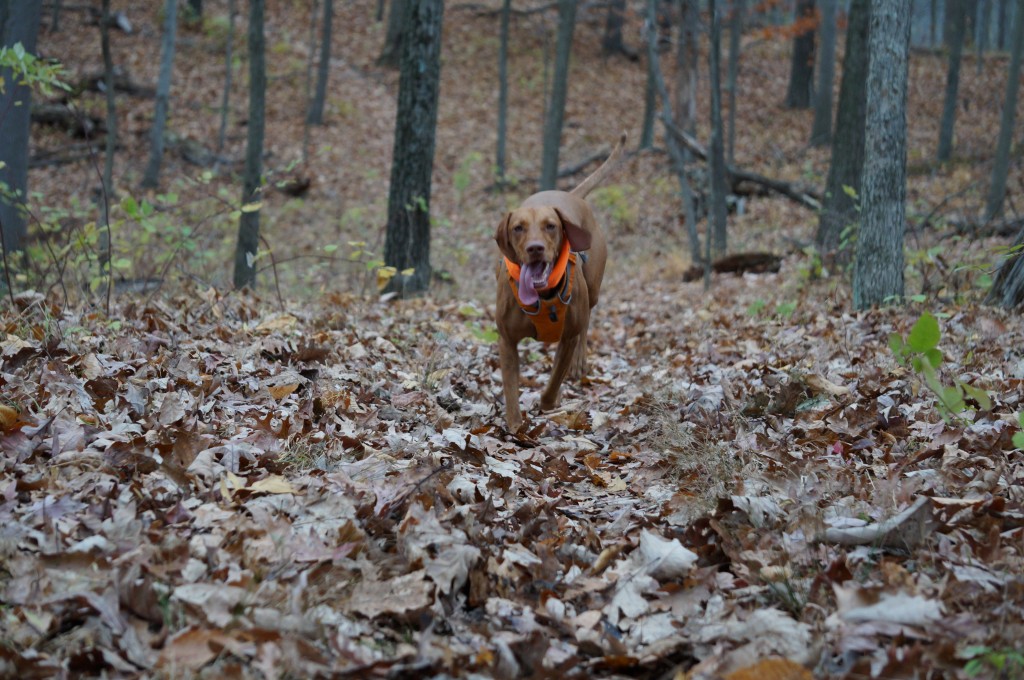