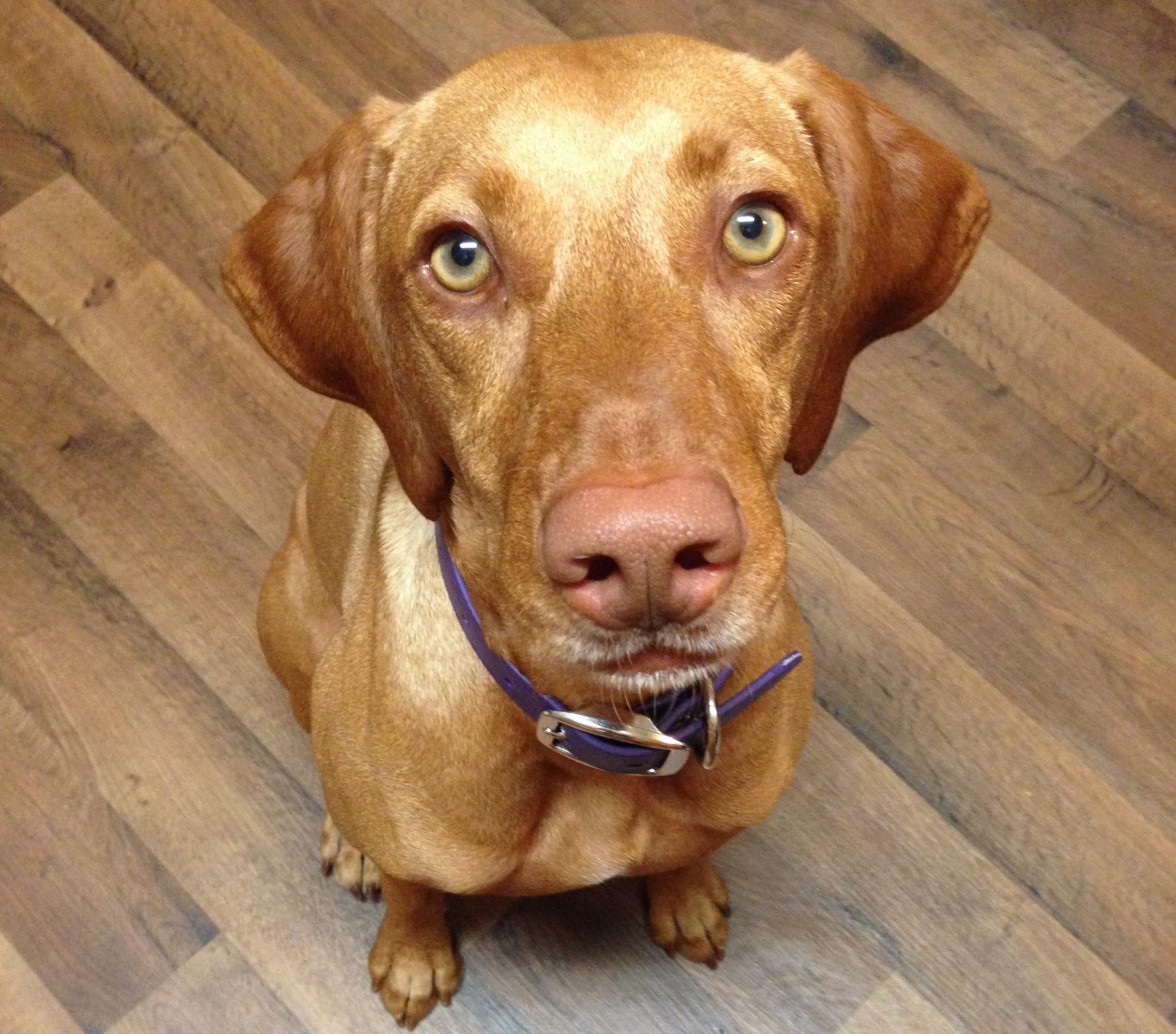 I’ve mentioned before that I would like Zara to earn her Canine Good Citizen (CGC) certification. In fact, we took the test twice last year – once in January and once in August and she didn’t pass either time. She passed on everything except the supervised separation both times.

I found a training school in Raleigh that offers a CGC prep class called Public Manners. It’s also a prerequisite to taking their therapy dog class, which I would like to do as well. The training company is called K9 Solutions. They offer another class, Home Manners, which is targeted at puppies and serves as a basic foundation for obedience. That class was technically a prerequisite to  Public Manners, but I emailed the training coordinator to see if we could bypass it because we took three classes when Zara was a puppy – Puppy Kindergarten, Puppy Basic, and a Focus on Heeling class through Woofs in Arlington, VA. She said that was fine and allowed us to sign up for Public Manners.

We had our first class two weeks ago. Each Saturday, you meet at a different public park in Raleigh and the classes are held outdoors. It’s supposed to focus on loose-leash walking, ignoring distractions, and behaving well in public. Zara is no stranger to being in public (we take her lots of places) but that doesn’t mean her manners couldn’t use improvement. Regardless, I didn’t think the class would be too challenging.

Turns out, I was wrong. By the end of the first class, Chris was saying that she had failed! We started off walking in circles around the parking lot with the other dogs. There are about 8 other dogs in the class. Zara was of course pulling on the leash as she usually does but I was holding the leash so she couldn’t get in front of me. Then the trainer had us arrange ourselves in a semi-circle and put our dogs in a sit or down. This is where things began to get interesting. Zara would not sit or down, or if she would, it was only for a second and then she’d pop right back up. Apparently, we had taught sit and down incorrectly. The trainer wanted the dogs to sit or go down until you gave them a release word (like “free”). We had done a little bit of that when she was a puppy but not much. We usually just had her sit and then gave her a reward almost immediately. Also, I haven’t had Zara sit or down much in public. She will sit or down in the house even without treats but outside is a different story. She was so distracted during that first class – looking a squirrels, chasing shadows, sniffing who knows what. Meanwhile, all the other dogs were calmly sitting or laying down (on concrete!) looking like angels. To make matters worse, many of them are puppies, whereas we were the ones with the [supposedly well-trained] two and a half year old adult!

After that first class, I spent the next week having Zara sit and lay down until I gave her the release word. We did up to a minute inside, 30 seconds on our porch and several seconds outside walking around our apartment complex (I started easy. Sitting inside is easy for her. Sitting outside, surrounded by lots of good smells and squirrels everywhere is really hard right now). I also kept her on a short leash by my side, at all times. Toward the end of the week, it seemed that she was pulling somewhat less. During the second class, I did notice some improvement in her ability to sit but she was still really distracted. We were at a different park that had goats and chickens (!).

We spent a good amount of time “loose-leash” around the property and then ended up in a grassy area across from the chickens and goats. During the walk, Zara was pulling like crazy. So much for all that practice the previous week. Our trainer recommended turning in a circle when she was pulling to force her to pay attention to me. That seemed to help a little bit.

Once we were positioned in front of the chickens and goats, each owner and dog pair took a turn walking up to the fence and seeing how close they could get to the animals with their dogs being under control. We had to tell our dogs to sit. When it was our turn, Zara locked onto the chickens and went on point. The trainer told me to get her to sit, which she was refusing to her. She pressed her butt into a sit, which seemed to confuse Zara (her tail went between her legs), because she’s been encouraged to point when she sees birds, not sit. Sigh. Luckily we didn’t have to interact with the chickens for too long because I was worried that forcing her out of a point and into a sit might mess up her bird training.

Despite all these challenges, I think this class is and will be very helpful for us. We have a lot of work to do but hopefully we will see improvement in six weeks and she will be able to pass her CGC test!