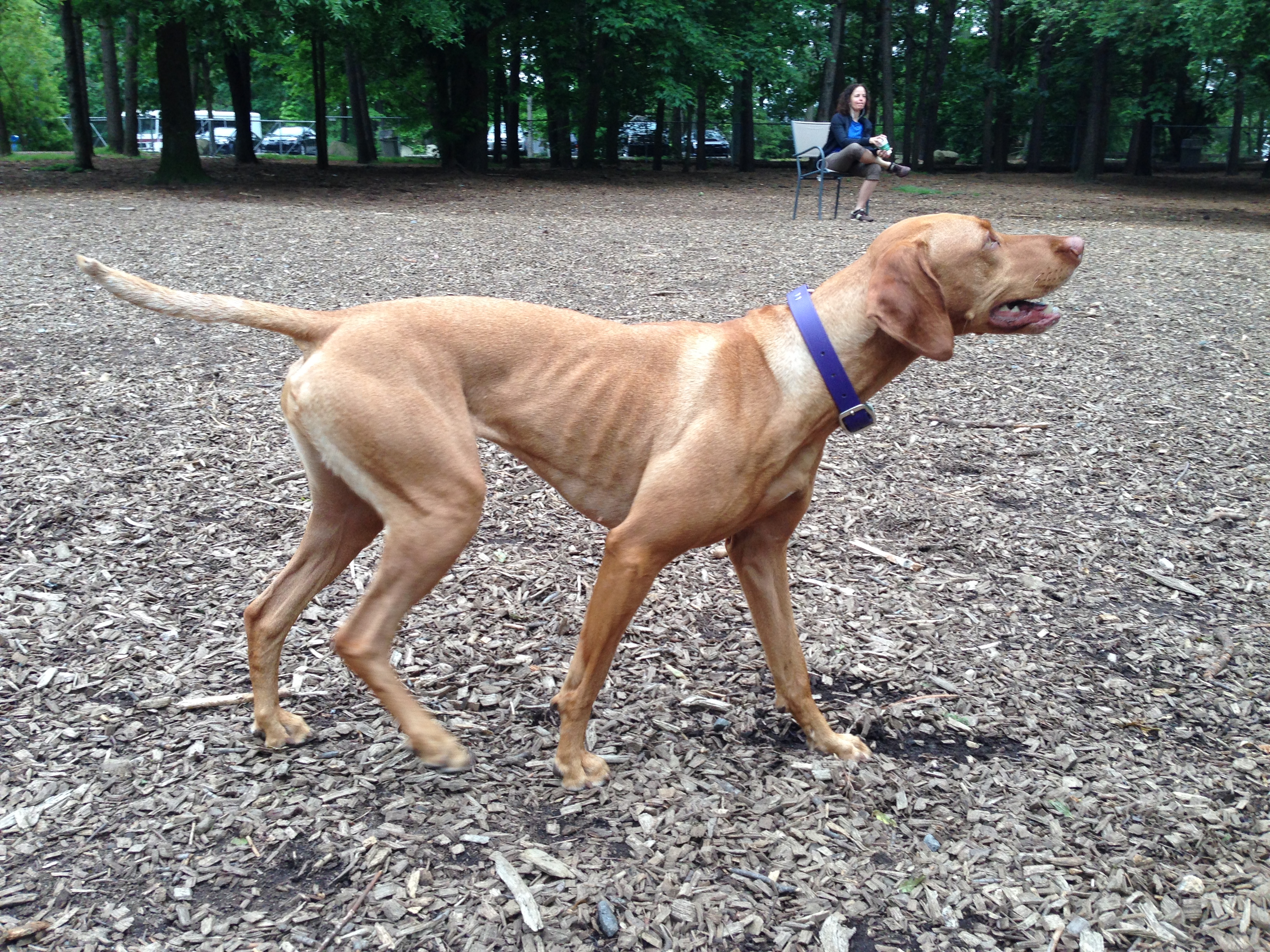 Switching to a Raw Diet

About two months ago, I finally decided to switch Zara to a raw meat diet. I had done research on feeding a PMR (prey-model raw) or BARF (bones and raw food/biologically appropriate raw food) diet before we got her as a puppy but initially I decided that I did not want to do raw in the beginning because I didn’t want to mess up the ratios of nutrients when she was still growing.

She did fine on kibble as a puppy. We fed her Taste of the Wild High Prairie Puppy, which is what our breeder originally fed. It is grain-free and rated a 4-star food on Dog Food Advisor. I switched her to the adult version of it when she was 13 months. That is actually rated a 5-star food. Everything was fine until she was about 16 months (February 2015). She had her first diarrhea and vomiting episode and got really skinny. This is when I first tried the satin balls and switched her to Orijen Adult which is a higher-calorie grain-free food. The combination did cause her to gain weight, although I think it more had to do with the satin balls because every time I would stop feeding them, she’d get skinny again. During this time, the quality of her poop (excuse the grossness) was never great. It was often runny and she’d go multiple times per day (4, 5 or more sometimes).

Again, in July, she had another vomiting/diarrhea episode. We got her tested for giardia and that was negative. By August, I felt like the Orijen wasn’t worth the extra cost and decided to switch her again to a different kibble. I thought maybe a kibble with grain would help with weight gain because grain-free foods are often recommended for dogs that need to lose weight. Maybe this wasn’t the best choice, but I went with another 5-star food, Merrick Classic Beef and Barley.

I didn’t notice any improvement with the poop on that food or with weight gain, really. It was mostly the satin balls that seemed to help, which I was feeding off and on. Any time I’d try to increase the amount of kibble, she’s just poop more.

In September, another round of diarrhea and vomiting. In January, again, although this time we went to the emergency vet and she stayed overnight because of low blood pressure and dehydration ($1600 later, see my post on pet insurance). During all of these episodes, we never figured out what was causing the issue. I could never think of something that she’d eaten or gotten into. She’d usually recover after a few days. Looked at separately, they seem like minor illnesses, nothing to worry about. And that’s how I viewed them until April, when we found ourselves back at the emergency vet AGAIN with a skinny, vomiting vizsla. They started talking about allergy testing and gave us a prescription diet kibble (Royal Canin, likely a 2-star food based on the other varieties. Why oh why do vets recommend these brands?). I took it home and fed it to her, but after a day or so, felt fed up. I didn’t want to research yet ANOTHER kibble variety or have her undergo extensive allergy testing when she wasn’t displaying symptoms all the time. Based on the amount of runny poop she was producing and the weight loss, it just seemed like her body wasn’t absorbing the food very well.

I decided to try a commercially prepared raw meat diet after visiting a local pet store (Unleashed, no connection with the Petco Unleashed) and talking to them about the different options. I wasn’t really aware that commercially made raw diets existed. I’d always thought it was either kibble or DIY raw – buying different cuts of meat and feeding real meats and organs. I didn’t realize this middle ground existed, which seemed like a good option for someone who didn’t feel comfortable with “real” raw (at least not yet).

I started her off with Nature’s Logic frozen patties – the beef and chicken varieties. They look like large burger patties that are a combination of meat, bone, organ, some veggies, and vitamins and minerals. You thaw the patties in the refrigerator and break them apart to feed. It’s a complete diet. The daily recommended allowance was 2 patties per day for a 50-lb. dog, but I was feeding her 5 (!) per day since she was so skinny and active. I noticed improvements in her poop almost right away. Now that it’s been two months, I can definitely say that she is healthier. She usually only poops twice a day and her poop is much smaller and not runny at all – it’s easy to pick up. Her coat is much softer. And her feet have lost the “Frito feet” smell. (Some people say that their dog’s feet smell like Fritos or corn chips. I actually used to love the way they smelled. But now they have no odor. Apparently that smell is due to yeast overgrowth which is often attributed to carbohydrates in the diet.) 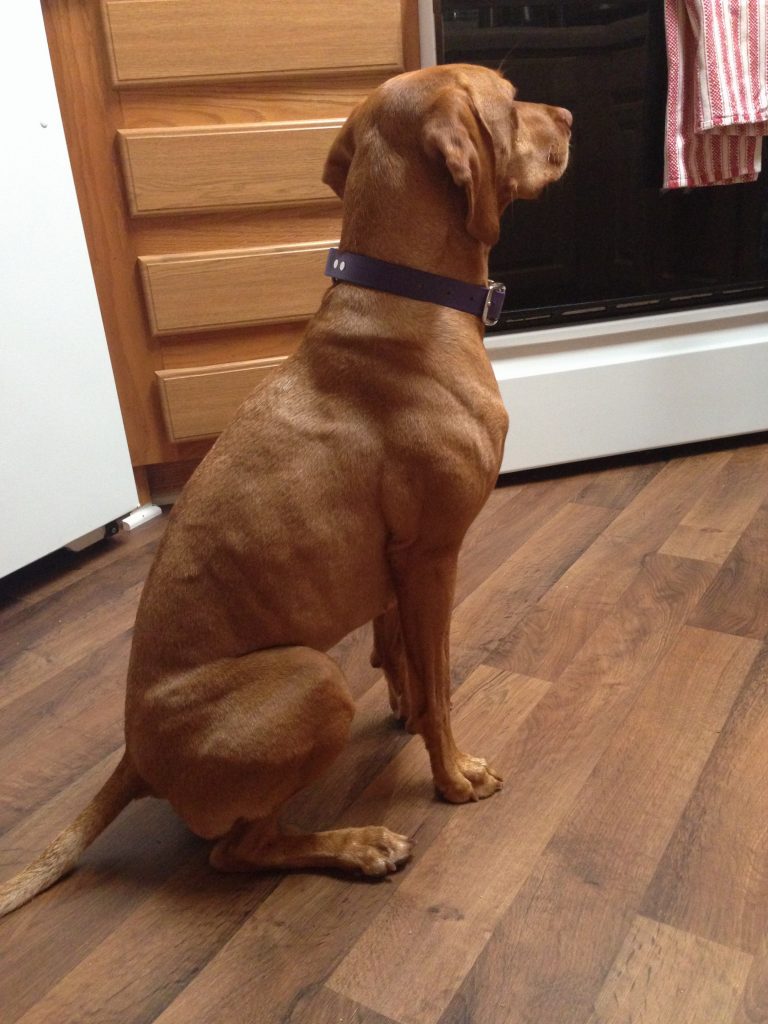 One drawback about the frozen raw diet is that it isn’t cheap. I was spending upwards of $400 a month on the Nature’s Logic, whereas before we had been spending $55 per 30 pound bag of kibble, which would last about 5 weeks. However, I’ve found a more affordable option, which is Bravo Balance. The meat comes in a 5 pound “chub” or giant sausage roll and you have to cut it. It’s not that big of a deal to cut it up. The lower price, combined with feeding her slightly less since she has gained weight, means that now it’s only about $200 a month. That’s still a lot and I’m starting to look into feeding a “real” raw diet because I think it will be even more affordable. 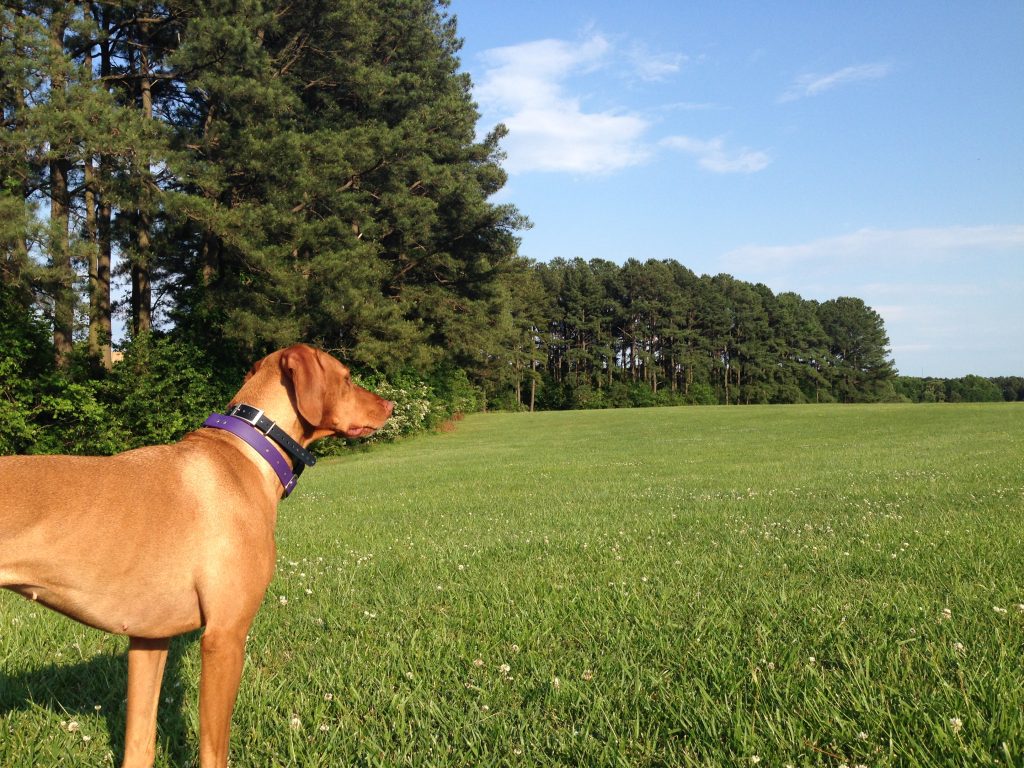 Can’t see as much rib. 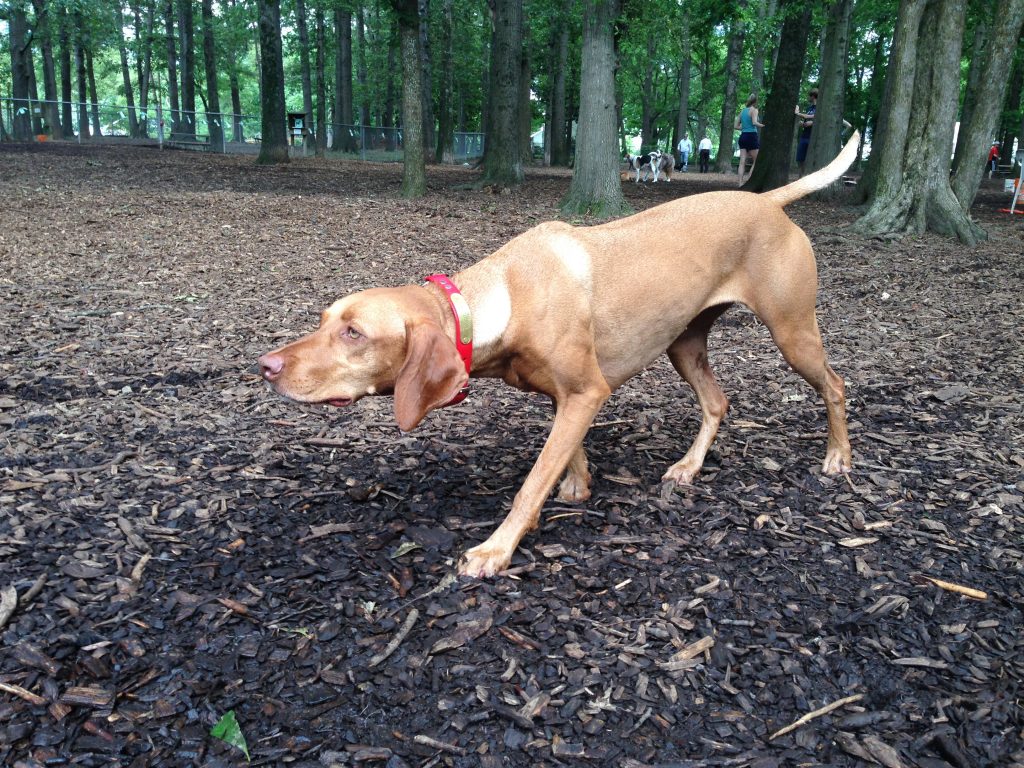 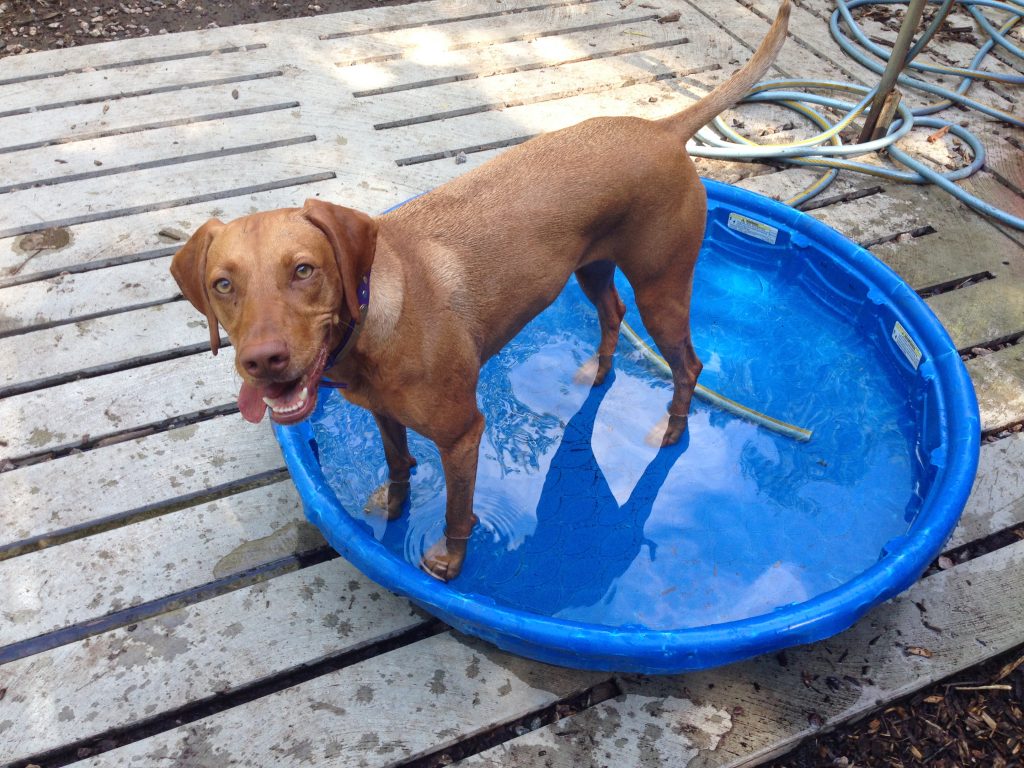