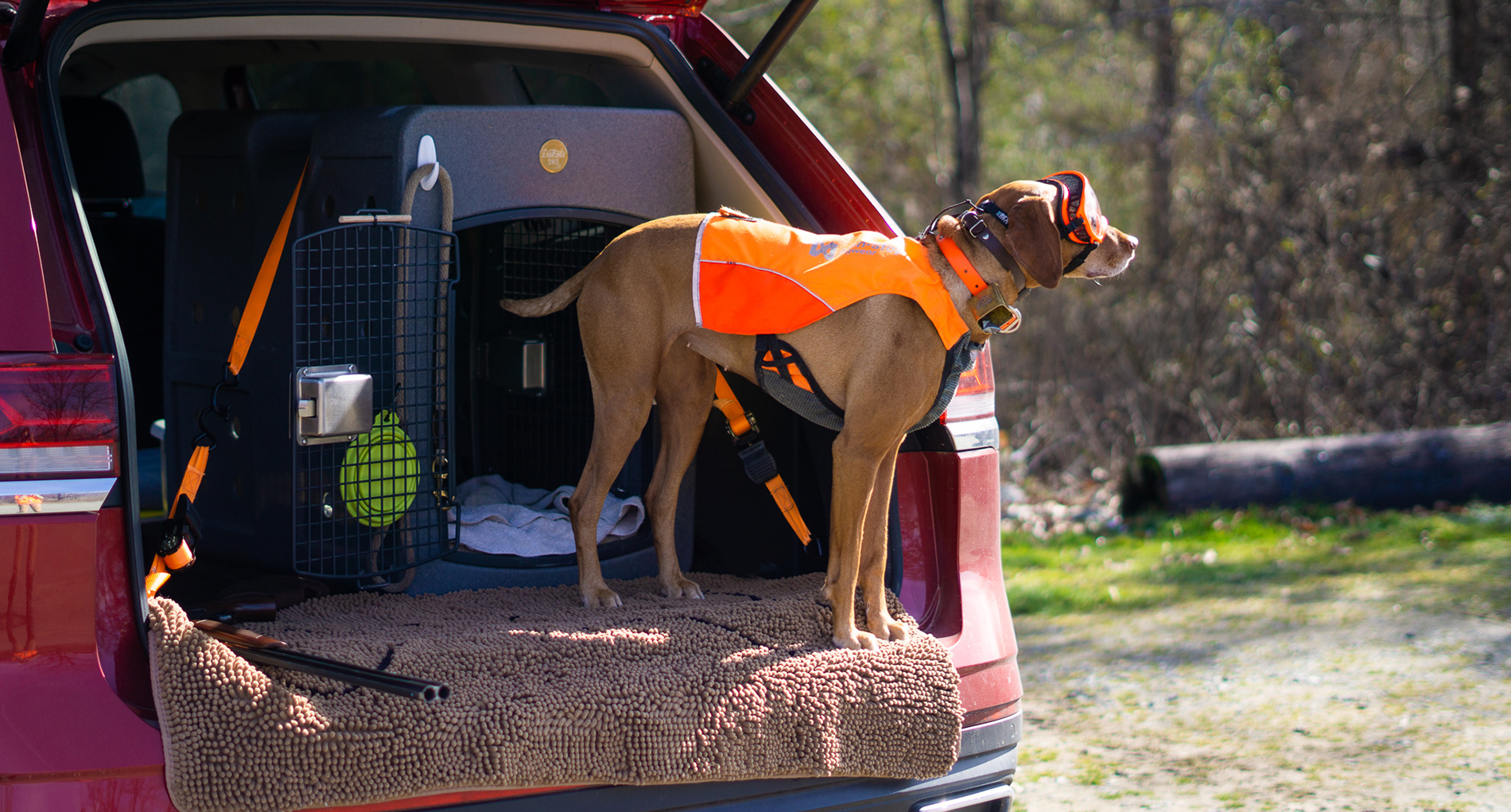 This post contains affiliate links. As a Chewy affiliate I earn commissions for qualifying purchases.

As I discussed in my post about becoming a hunter, this year has been Zara and I’s first hunting season. Since woodcock and duck season ended in North Carolina yesterday, January 30th, we are done hunting until next fall. Although you can still hunt quail and grouse here until the end of February, it is unlikely we will do that. In order to find birds, we would probably have to travel west to the mountains (grouse) or east to the coast (quail) and I already have Zara signed up for two hunt tests in February which takes away two weekends. Although it’s hard to believe hunting season is already over, I’m happy with how it turned out for us.

The North Carolina woodcock season opened on December 10th. Over the course of the 45-day season, we hunted woodcock eight times. We flushed approximately 33 birds total, and I shot one. On two of those hunts, we didn’t see any birds. I saw the most at one area north of Raleigh (where I live) but the amount varied. There definitely were more birds earlier in the season than later.

We also went to Virginia and hunted twice there when their season opened in November, but didn’t see any birds either time. However, Zara was still figuring out what woodcock smelled like at that point, so it’s possible they were there and we just didn’t find them. Duck season was open about the same time, and we hunted ducks/geese three times, saw multiple flocks, but I didn’t kill any.

Over the course of two months, Zara went from not being able to identify a woodcock to being able to reliably locate and point them. It was really exciting to see how quickly she picked it up. This was her first season being on any wild birds. I’ve noticed that she doesn’t always naturally start hunting when we’re in the woods, though. Hunting woodcock is different from hunting quail or chukar, which is normally what she’s hunting. When I take her to a field where pen-raised birds have been put out, I don’t give her a command to hunt. She just knows what to do as soon as I release her. Since woodcock are primarily in the woods or really thick briar patches, I’ve started giving her a command (“find the birds”) and pointing at the area I want her to go into. This switches her from what I’ll call “hiking mode” to “hunting mode.”

I’ve found that hunting woodcock requires some special gear that is not as necessary for other types of upland hunting. For both Zara and I, it’s all about protection. Woodcock seem to love briar patches, wet places, and thick forests, so it’s not always easy to walk through theses. For me, knee-high waterproof boots are essential. I have a pair of insulated Gumleaf boots that I bought a year ago and they’ve held up well. I also wear gloves (to protect my hands), clear glasses (to protect my eyes), briar pants, and a jacket that doesn’t get caught on thorns easily.

I quickly learned that Zara also needs protection. Being a short-haired dog, she gets scratches from thorns very easily. I originally had her wear a blaze orange vest to keep her visible when deer season overlapped with woodcock season, but I’ve kept it on her even after because it reduces the amount of thorns I have to pluck out of her fur. We have a Protector Vest from Nonstop dogwear, and it’s been great. It has held up really well and has not ripped, despite her running through tons of thick cover.

Zara’s vest protects her from scratches and also allows me to see her more easily.

I also bought a tracking collar for Zara this year. After our first few times hunting, it quickly became obvious to me that I was not going to be able to tell if Zara was on point most of the time. I had her wear a bell, but it wasn’t enough. A lot of times I couldn’t see where she was, and I would have no idea if she had stopped to pee, or was on point. After doing a bit of research, I got a Garmin Alpha 100 and a TT15 collar. I originally bought the TT15 regular size, but it was too big for her neck, so I exchanged it for the TT15 mini.

Finally, the last essential piece of gear for Zara are her RexSpecs goggles. I had seen these things on Instagram and thought they looked silly. Why would you ever buy them for your dog? I thought. Well, after Zara was coming home from every woodcock hunt with seeds in her eyes and issues with her third eyelid, I realized that I better take precautions and get the googles. Thankfully, she adjusted to them really quickly and doesn’t bother them as long as she’s moving. I’ve been impressed with how well they stay on even as she’s hurtling through vines and thorns. And she does look pretty cute in them. :) 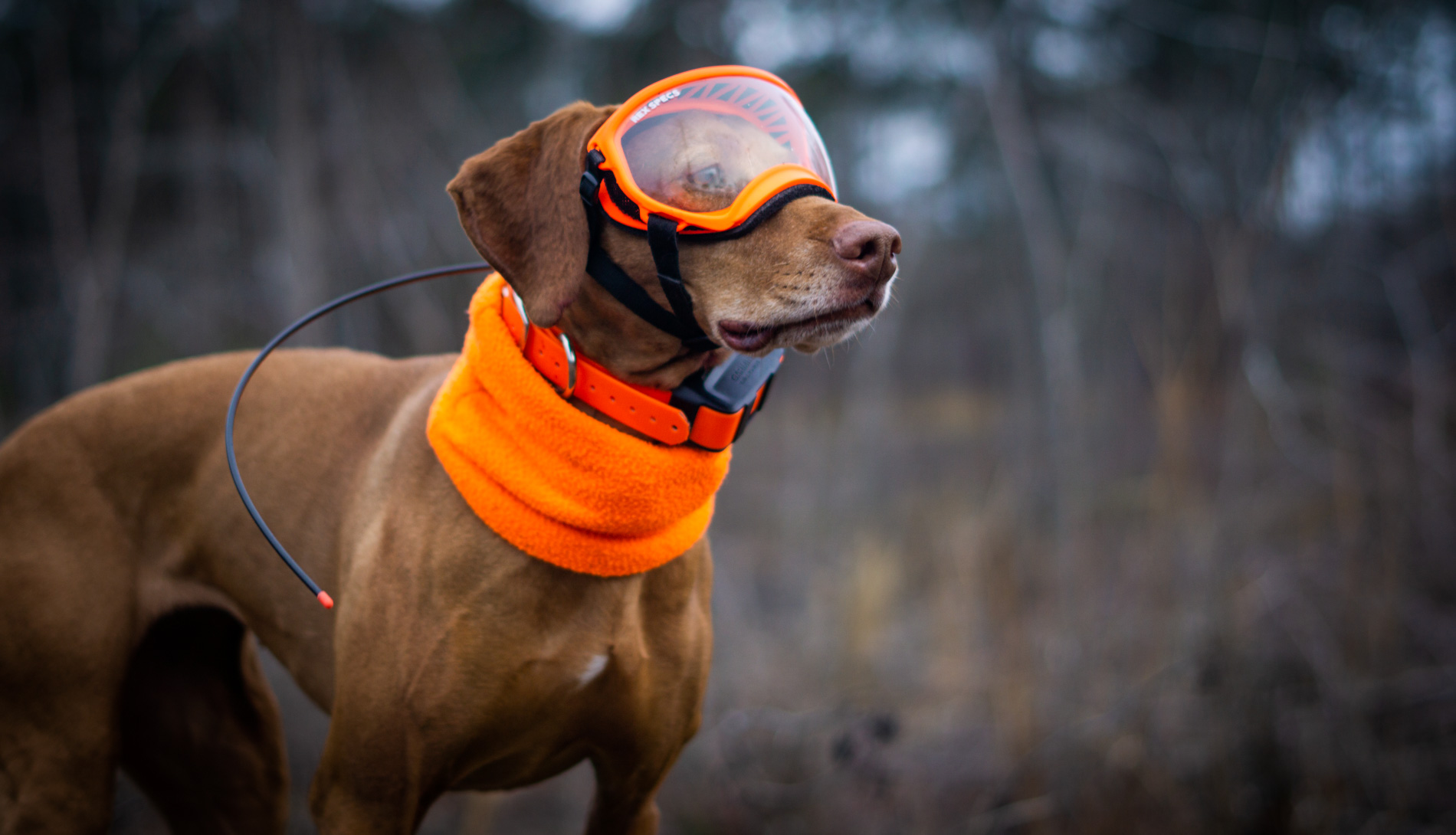 Over the course of this season, I’ve learned more about where woodcock like to hang out. I had heard a lot of people talk about finding woodcock very close to small streams, but the majority of woodcock I saw this year were not right next to water. They were often further up from the stream, in wooded areas that consisted of a lot of small trees or short stands of pines, or in thick briar patches. It also seems like if you see one woodcock, more are likely to be nearby.

This is often what woodcock cover looks like – thick with lots of short vegetation.

Going into this season, Zara was in great physical shape. She had no issue going on 2–3 hour hunts. However, I have noticed that this kind of hunting really wears her out. After a two hour hunt, she will be done for the day and pretty much sleep the whole time. In that span of time, she will have ran about seven miles. One day we did a longer hunt and we were out for close to 5 hours and she did about 17 miles. I have not hunted her more than two days in a row this season and we’ve only done 2 days of hunting a week, max. I’m probably being a little overly cautious, but given that she’s seven years old and new to this, I don’t want to overdo it. I’ve also had to increase her food significantly to make sure she doesn’t lose too much weight. 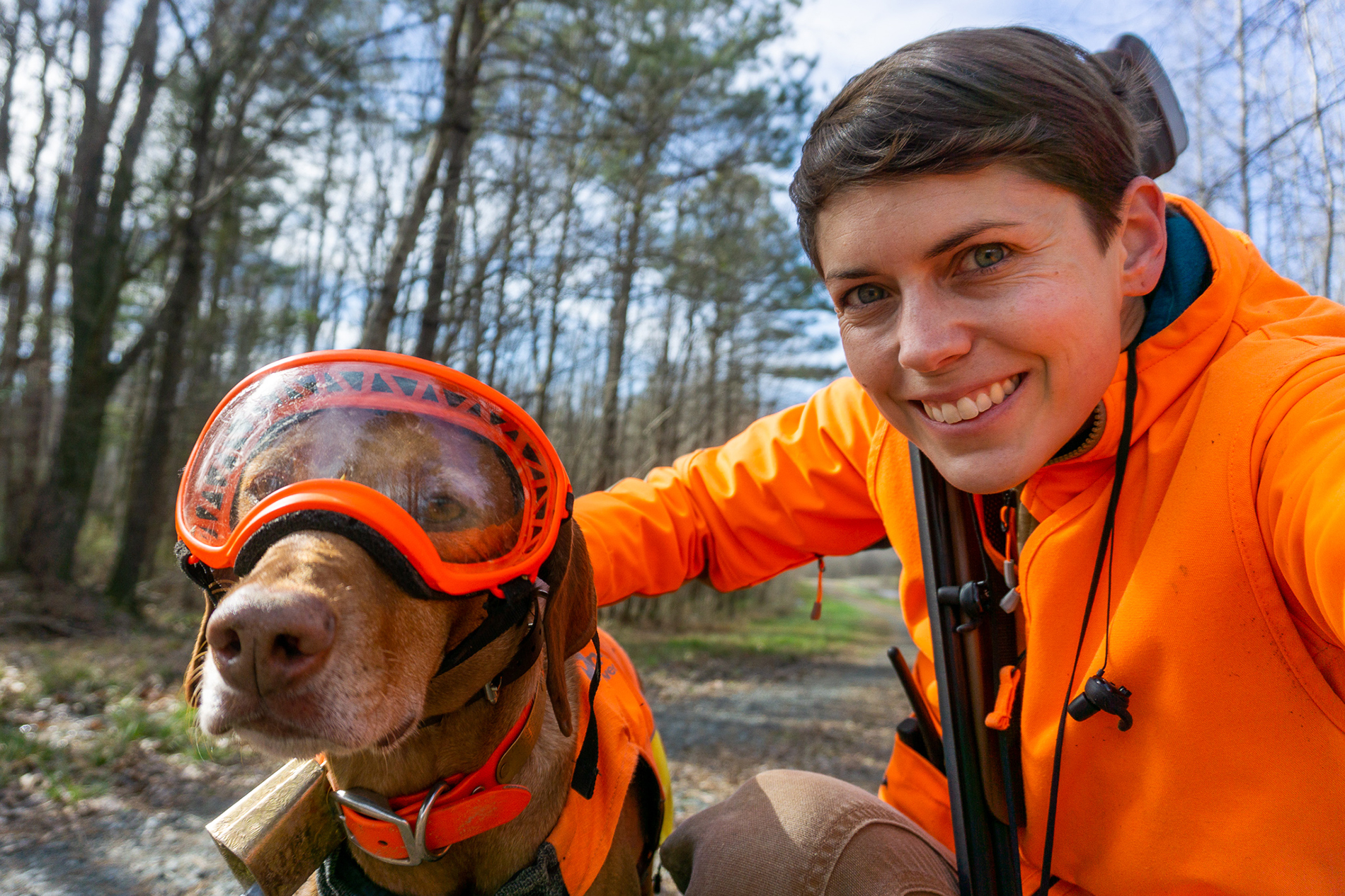 Although I’m sad that woodcock season is officially over, I’m excited to focus on other things with Zara, such as preparing for the rest of her Master Hunter tests. I also may scout out a few areas in the next week or so to see if there’s any woodcock around (minus a shotgun of course). I have really enjoyed hunting woodcock and definitely look forward to next fall. It’s been fun to learn alongside Zara. I definitely plan on shooting clays and trying to improve my skills so that I can hopefully hit more birds next season!