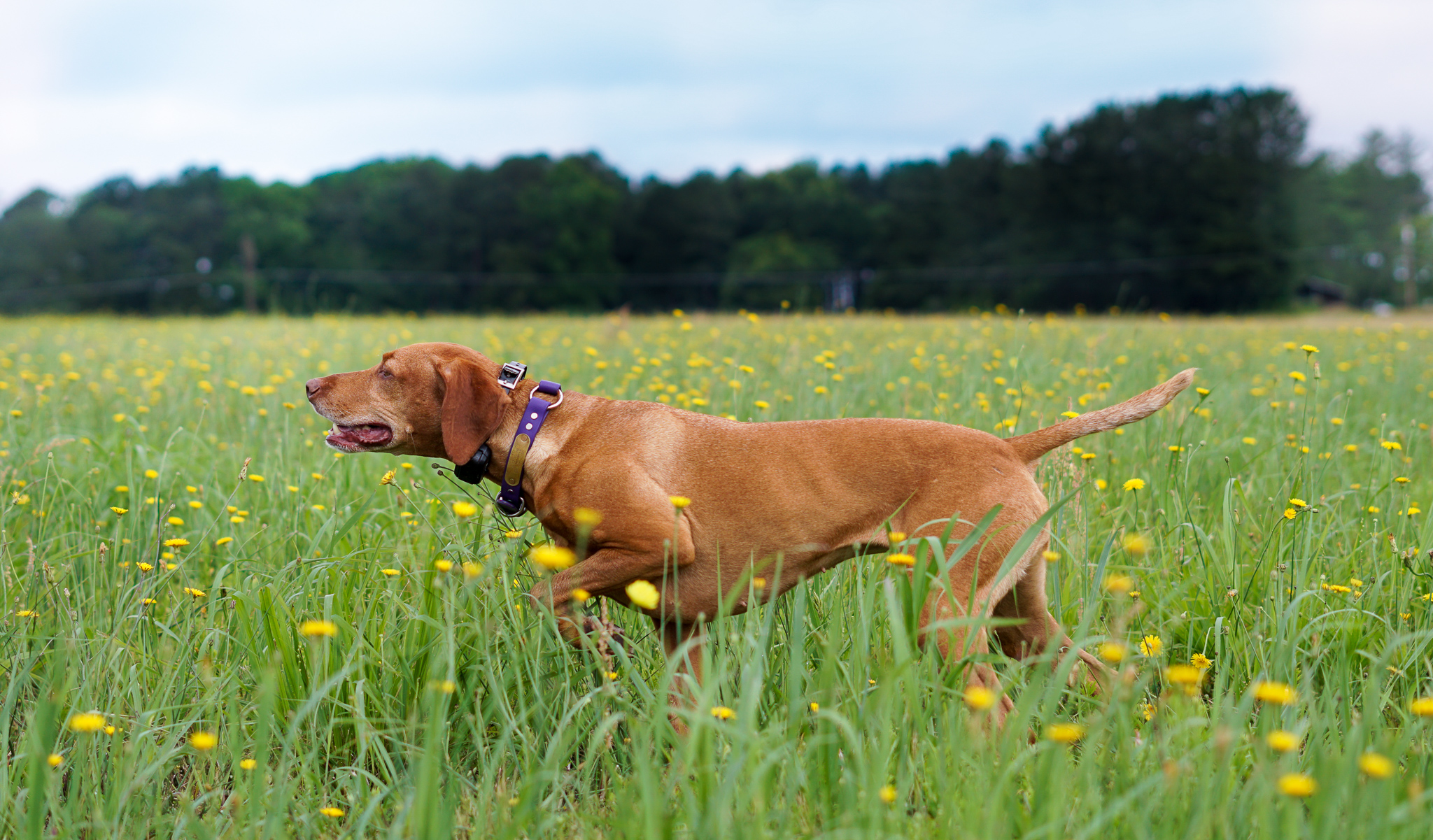 Zara has a bad habit of creeping while on point. She will find a bird, lock up on point, and after a period of time, will slowly start creeping toward the bird. Needless to say, this is NOT what she is supposed to be doing. Once a pointing dog smells a bird, they should establish a convincing point and not move until the bird is flushed and the handler releases them (if they have been trained to this level).

You can see this happen in the video below. She points, but then starts to take a step.

How the Creeping on Point Started

I don’t remember exactly when she started doing this. She’s probably done it for several years. Until very recently (the beginning of 2020), I didn’t have regular access to live birds, specifically pigeons and remote electronic launchers. As I’ve mentioned before, Zara and I didn’t get into more advanced bird training until she was almost four. That’s when I joined NAVHDA. Although being a part of the organization and attending their training days was a lifesaver for me in terms of having access to birds, we were always using quail or chukar that were planted by hand. Because of that, I didn’t have control on when they would flush, which allowed Zara to start creeping on point without a lot of consequences.

For a long time, I was using a check cord to restrain her and would verbally “whoa” her if she started to move, but it wasn’t always precise. By the time we completed NAVHDA’s Utility Test last fall, she was not creeping all the time, and would certainly stop if I said “whoa.” Introducing the electronic collar also helped. But the ideal situation is where I don’t have to give any sort of correction.

I’ve noticed that she mostly creeps when the scenting conditions are not ideal. This past winter, on days when it was clear, crisp, and at least somewhat windy, which was the majority of the time, she would point and hold it. Now that it’s summer and it’s typically warm and humid without a lot of wind, she’s been creeping more. I think she’s trying to get closer to the scent when it’s not coming at her as strongly.

How I’m Fixing the Creeping

Now that I’m able to train on a regular basis with pigeons in launchers, I’m going back and trying to train Zara that if she takes a step after pointing, the bird will go away. So after she goes on point, if she starts to creep, I launch the bird immediately. You can see that’s what I did in the video above. Ideally, I would have taught her this from the beginning, but hey, it’s never too late to fix your mistakes!

We’ve been doing what seems like a lot of repetitions of this, but she’s definitely not 100% there yet. I’m sure it will take a while to unlearn the habit. When I launch the bird without walking in front of her and acting like I’m kicking it up, she does get what seems to be a confused expression on her face, like, “oh, did I make the bird go away?” At least I’m hoping that’s what she’s thinking.

Another technique I’ve read about is to set up what are called “crosswind finds.” You put a pigeon in a launcher, bring your dog out, test the wind to see which way it is going, and then direct your dog so they are running perpendicular to the wind. This way, they should turn their head as soon as they pass through the scent cone of the bird. If they don’t establish point immediately, you launch the bird.

While this sounds great in theory, I’ve found this fairly difficult to execute in practice. You definitely need a strong wind and you have to be able to control the path of your dog very well. It’s probably is easier to do this on a check cord, but I don’t like to have Zara on a check cord at our training field. Whenever I do that, she slowly stalks along next to me because she knows something is about to happen. Then it’s hard to tell if she’s pointing, or just stopped because she thinks I’m going to throw a pigeon.

The video below shows Zara being steady on point and not creeping. I think the wind was stronger that day.

We still have three and a half months until we run in the Utility Test again. That is our next official field event. I’m also hoping to run her in AKC Master Hunter tests this fall, assuming they are still able to happen despite the coronavirus pandemic. Until then, I’ll continue to work on fixing the creeping and hope she will give up the habit eventually!

Has anyone else had trouble with their dog creeping on point?

Ready for adventure, even with a scratched cornea!

Practicing the honor by the blind sequence for the

May Invitational Training Recap 🐕 — Our NAVHD