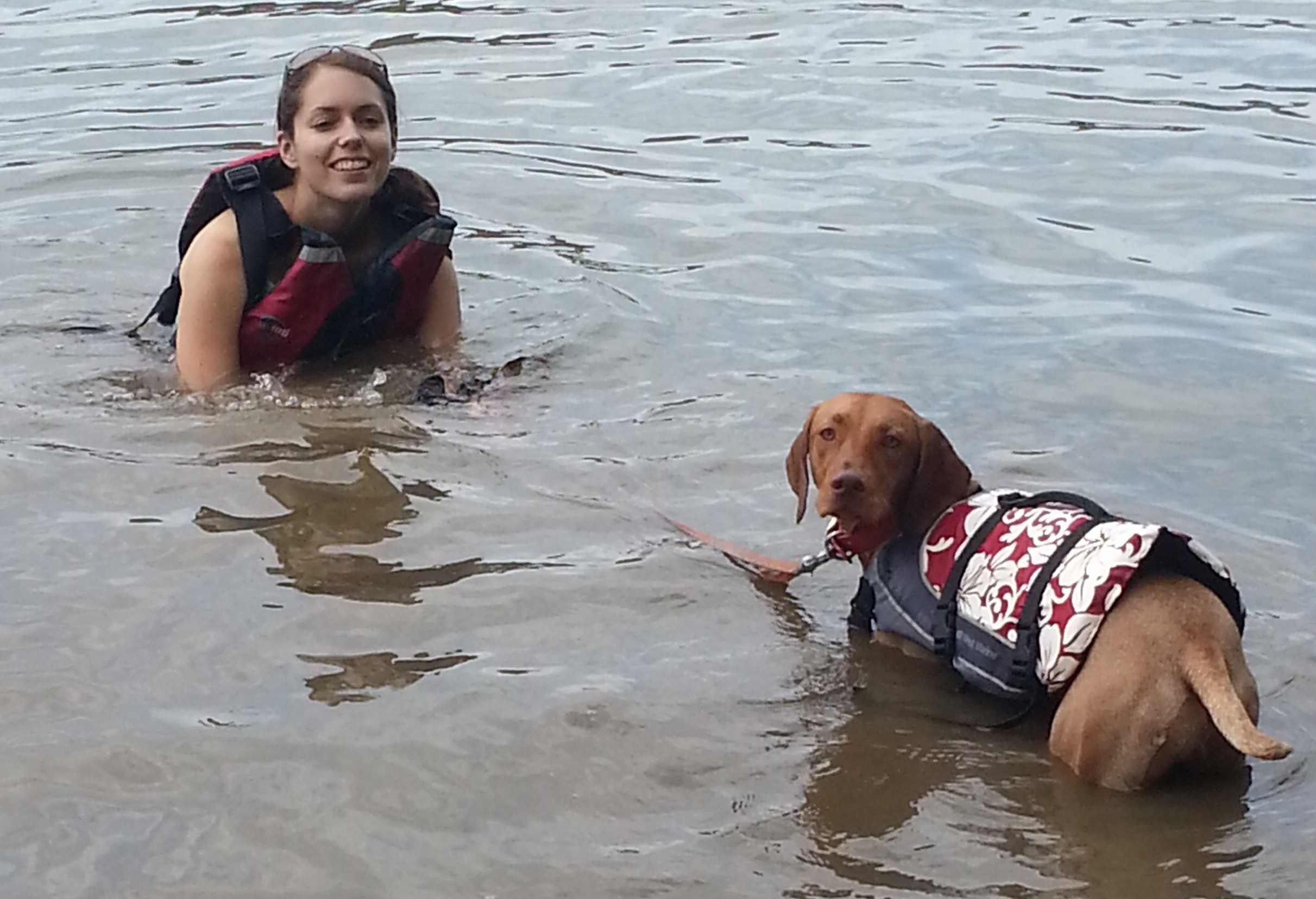 The other night I took Zara swimming for the first time. She has waded into a few steams before but has never gotten deep enough to go swimming. Part of the reason is because there really aren’t many places to take her where dogs and humans can swim at the same time.

The one exception is the Shirlington Dog Park, which has a stream running beside it. Lots of people take their dogs there regularly to swim but I have been hesitant to because I have heard that other dogs have gotten giardia (an intestinal illness) there. I really don’t want Zara to get that and have to go to the vet but I decided to chance it anyway.

We went to the park on Wednesday night and headed down to the stream, which is called Four Mile Run. There were a few other dogs in the water, including a silver lab that was swimming out and fetching a tennis ball in the water like a pro. Zara waded into the water but was hesitant to go any further. I had anticipated this, so I got in the water up to my knees to so and encouraged her to follow me with a ball I had brought. She was reluctant at first, but then she started leaping after the ball and then just started paddling! She swam out into the stream a little bit and then headed back to shore. She then coughed up some water she had swallowed. After that, she didn’t want to swim back out. I think choking on the water had scared her a bit. 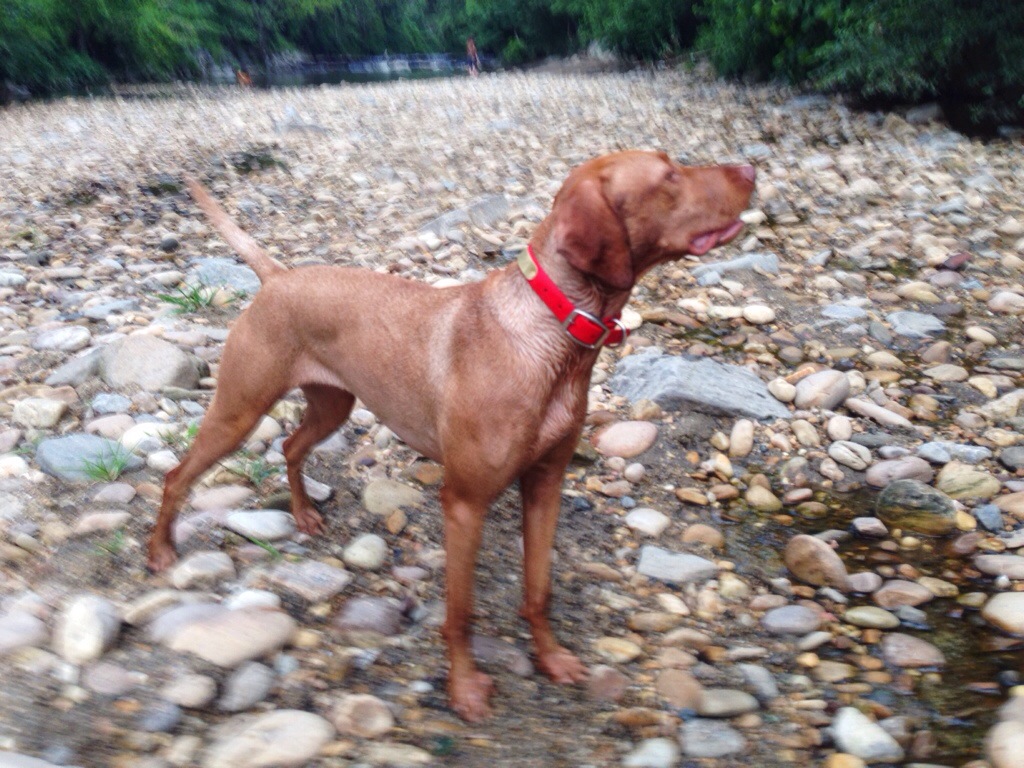 Zara at Four Mile Run in the Shirlington Dog Park.

Today Zara had another chance to go swimming. Chris and I rented a double kayak at the Key Bridge Boathouse in DC and took Zara with us. The boathouse has doggie life jackets in addition to human life jackets, so we put one on Zara just to be safe.

Chris sat in the back of the kayak with Zara and I was in the front. I had imagined that Zara would sit calmly while we paddled but I’m not sure why I thought a high-energy vizsla puppy would sit still with the water right there. She kept trying to jump in, which tipped the kayak back and forth, as Chris desperately tried to hold on to her. He wasn’t able to paddle at all. Since the main reason I wanted to go kayaking was to allow Zara to swim, we headed across the Potomac to a sandy bank where we could get out. I paddled the whole way and thankfully we made it across without the puppy tipping over the kayak.

We got out of the kayak without any incidents and then I got in the water to encourage Zara to swim. She was a natural and followed me out and started paddling right away. She still had her life jacket on and I was holding on to the end of her leash just in case. Chris found some sticks to throw into the water and she was took right to fetching them. She looked so cute swimming and she didn’t seem scared at all. After a while, we took off the life jacket and let her try without any assistance. She was fine on her own as well.

We actually ran into another vizsla that came to swim at the same spot. Her name was Vixen and she was swimming out far into the river to fetch a ball. She is 5 years old and her owner said that he brings her swimming a lot.

After a while, we decided to head back to the boathouse since it looked like it might rain. We went back the same way we headed out: Chris in the back with Zara and I in the front paddling us to the dock. Thankfully we managed to make it without Zara tipping us over. Next time we may have to get a canoe instead in hopes that she won’t be as tempted to jump out. But overall, it was really fun to watch her swim and hopefully we can do it again soon. :)