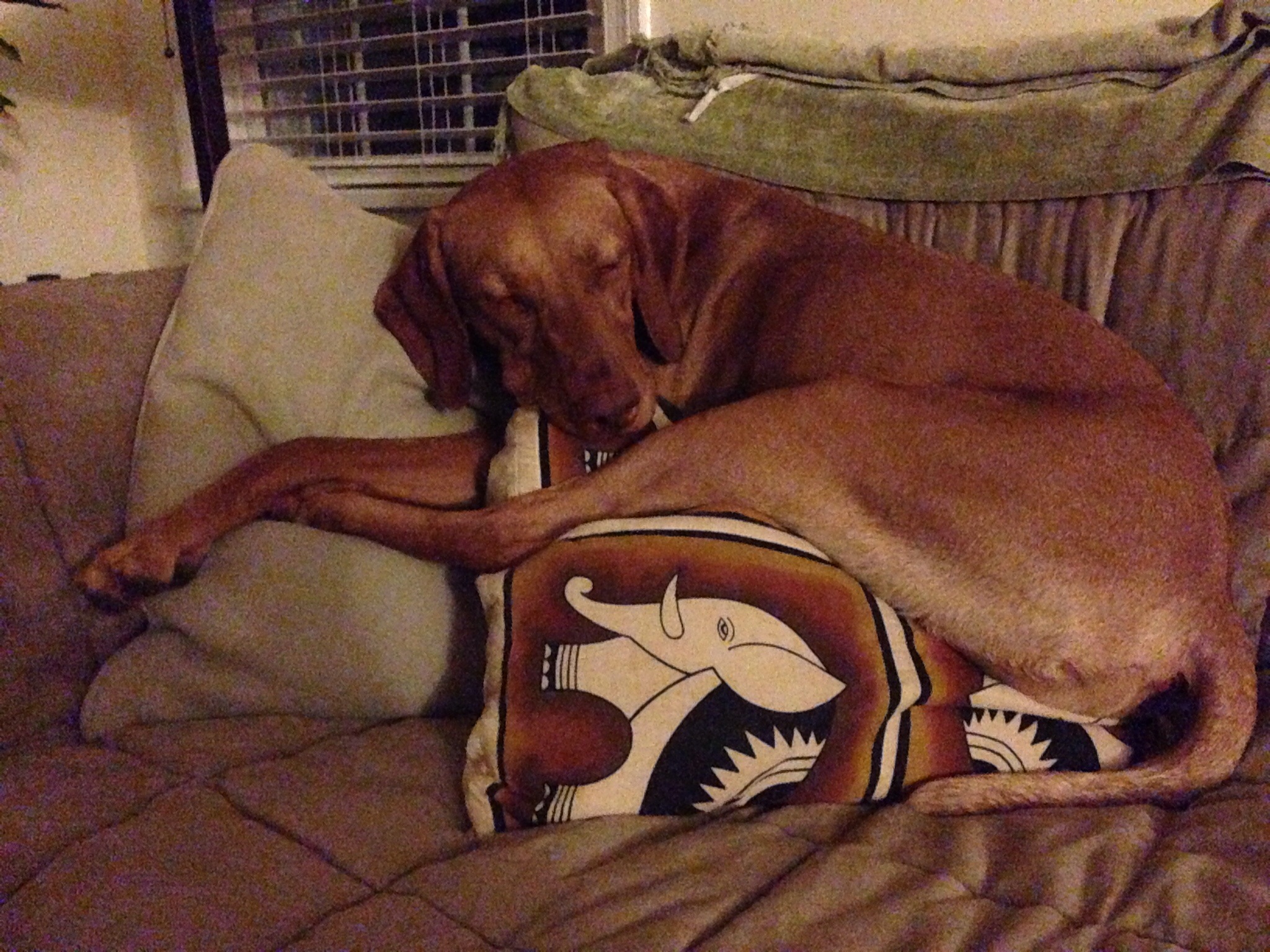 Zara turned ten months yesterday. Over the past two or three months, we’ve noticed that she’s become a little more mature. She still has lots of energy but is more patient. During the first months we had her, Chris worked from home a couple days a week. Although we were grateful that she didn’t have to be in the crate all day and we could save money on dog-walking, getting work done with her there was a bit of a challenge. I remember coming home some days and Chris would be at his wits’ end, telling me about how she was yelping while he was on conference calls and chewing on things to get his attention. Our old place was a townhouse with three levels. Our bedroom was on the top level with her large crate and the study with our desk was in the basement. Until she was about six months old, we had a small crate in the study that we referred to as “the punishment crate.” We’d put her in there when she was misbehaving for a short time, or when we were working at home and needed her contained. Unfortunately, she usually hated being in there and would start crying to get out. In short, the yelping, chewing, and wanting to play made it a little difficult to be productive while working at home. She would sleep for a good portion of the day but the other hours were more challenging. I’m pretty good at multi-tasking, but playing tug of war with one hand while typing with another is not ideal!

I think I first noticed the change in her when we moved to our current house about two months ago. I now work from home once a week and one day she was just calm the whole day. I would let her out now and then and we played fetch during my lunch hour, but other than that, she would sleep or gnaw on a bone. It was awesome. She would start to get a little antsy around 5 pm, when it was almost time to go to the dog park, but other than that, she was good.

She’s continued to behave during the day since then. Now, I don’t want to give the impression that she’s a low-energy dog. Her relative calm during the work day is a result of going to the dog park twice a day on most days plus other playtime. Hopefully, when we can start running with her in the next couple months, we’ll notice an even calmer demeanor.

Hello peeps. Today Mommy and I went on a girls’

At the hunt test on Saturday, I had a flashback to

Well, unfortunately Zara did not earn another Mast

It’s sometimes hard to see your dog when she’s

#sorrynotsorry about all the photos I’m gonna po