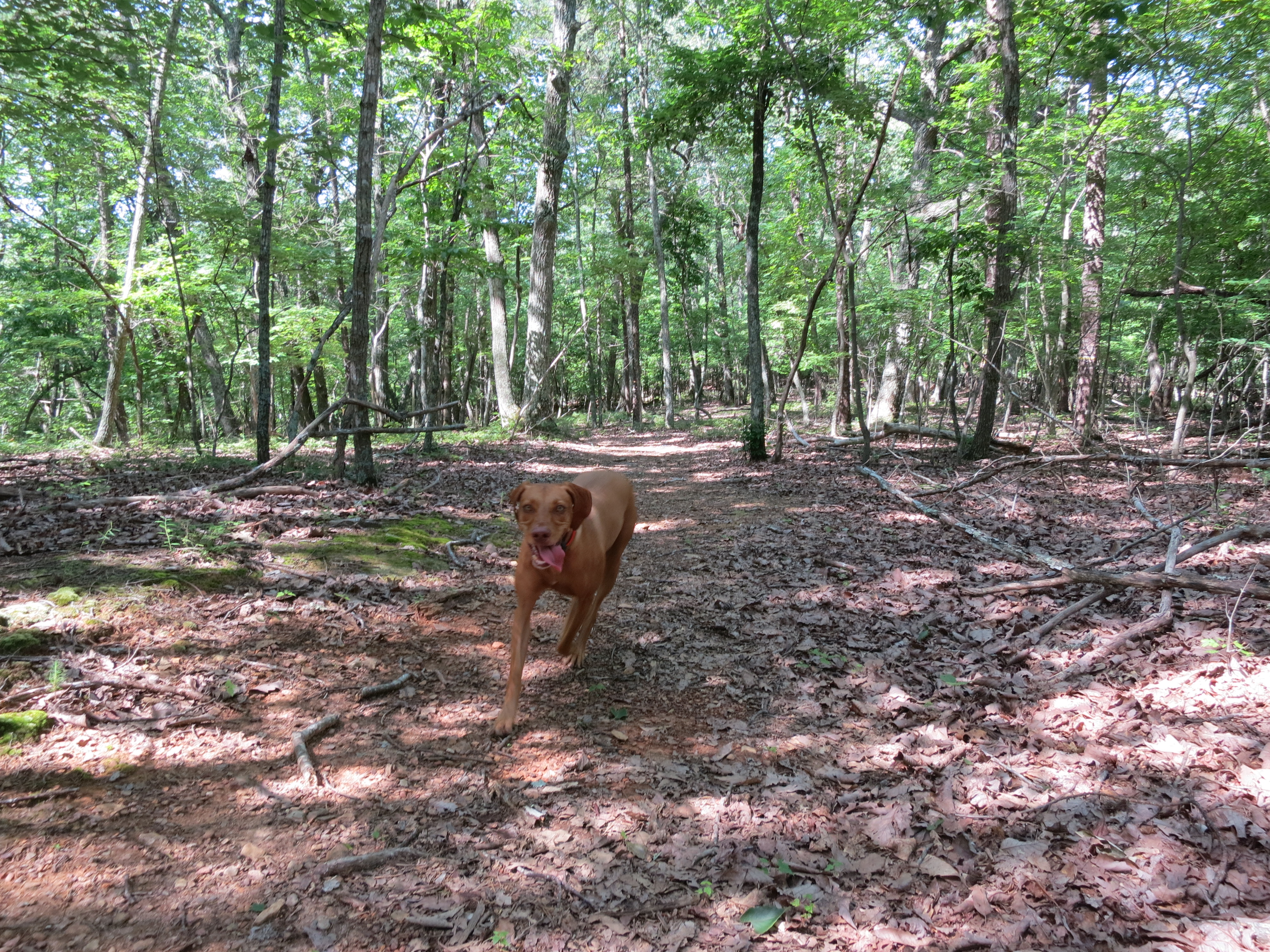 Since we’ve moved to Raleigh, I’ve been on the lookout for good spots to exercise Zara. While searching on the internet one day, I came across a start-up called Rōmr (pronounced Roamer).

Rōmr is a new organization that grew out of the University of North Carolina business school. It forms partnerships with landowners and then allows the public to have access to their private land for a small fee. It’s intended for people looking to go camping, fly a drone, go for a trail run in solitude, forage, hunt, or walk their dog off-leash. Right now, it still in a preliminary phase and has not had its official launch. However, they are allowing people to visit certain properties as they prepare for the launch.

My first reaction when I read about Rōmr was: this has the potential to be awesome! I am always looking for places for Zara to run off-leash, but those are few and far between. I was hoping that there would be more in Raleigh than in DC, but unfortunately that does not seem to be the case. So acres of private property where I can let my dog run free for $4 or $5? It was exactly what I’ve been looking for!

Right now, most of the properties on Romr’s website are located outside of Chapel Hill, NC. That is a little far for me to drive, since we live in North Raleigh. The closest property is about 45 minutes away. I don’t mind doing the drive occasionally (especially given the fact that I used to drive at least that much one way to take Zara to daycare once a week when we lived near DC) but it’s not something I will likely do every week. Hopefully they will be able to add new properties that are a little closer to us.

Chris and I signed up to visit that closest property, the Pickoretum, at the end of June. We went there on a Sunday morning around 10AM. I had communicated with one of Rōmr’s employees, Adriel, prior to our visit, and he had sent over a map of the property with the trail marked on it. We had a little trouble finding the trail at first but once we did, we headed out, Zara leading the way. We were there about two hours total, and she had a great time. There is nothing Zara loves more than running free through the woods! It was a little bit weird experience for us, because there was literally no one else around – but that is the point. You’re supposed to be alone on the property, because that is what you are paying for. 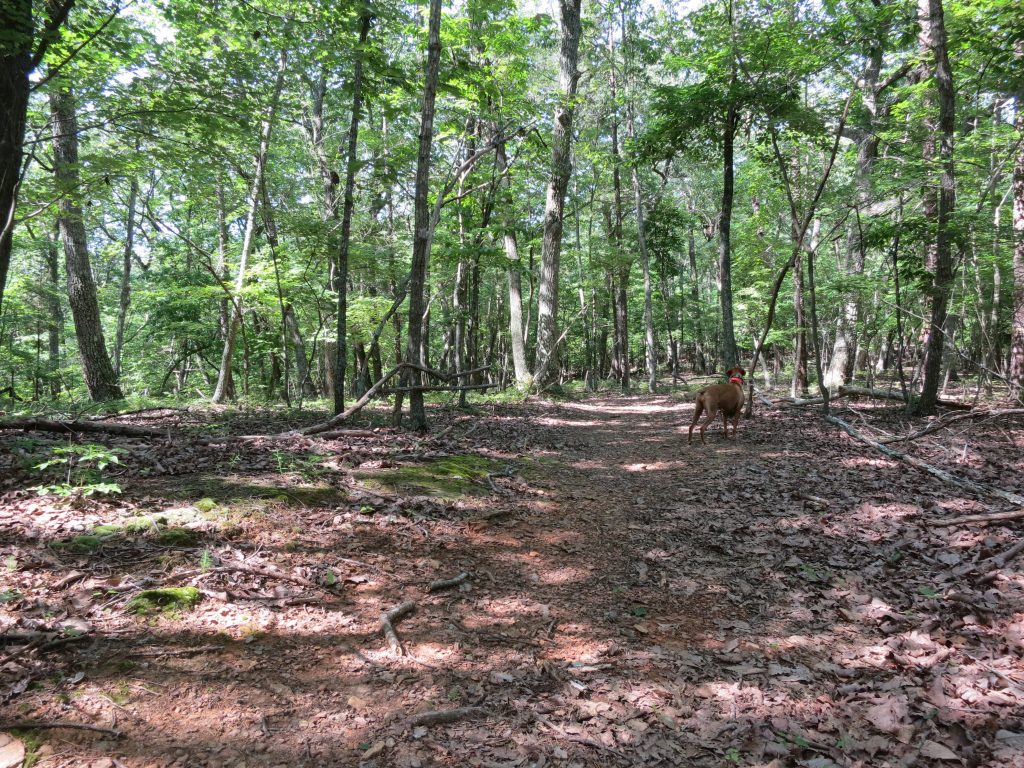 Zara checks out the woods 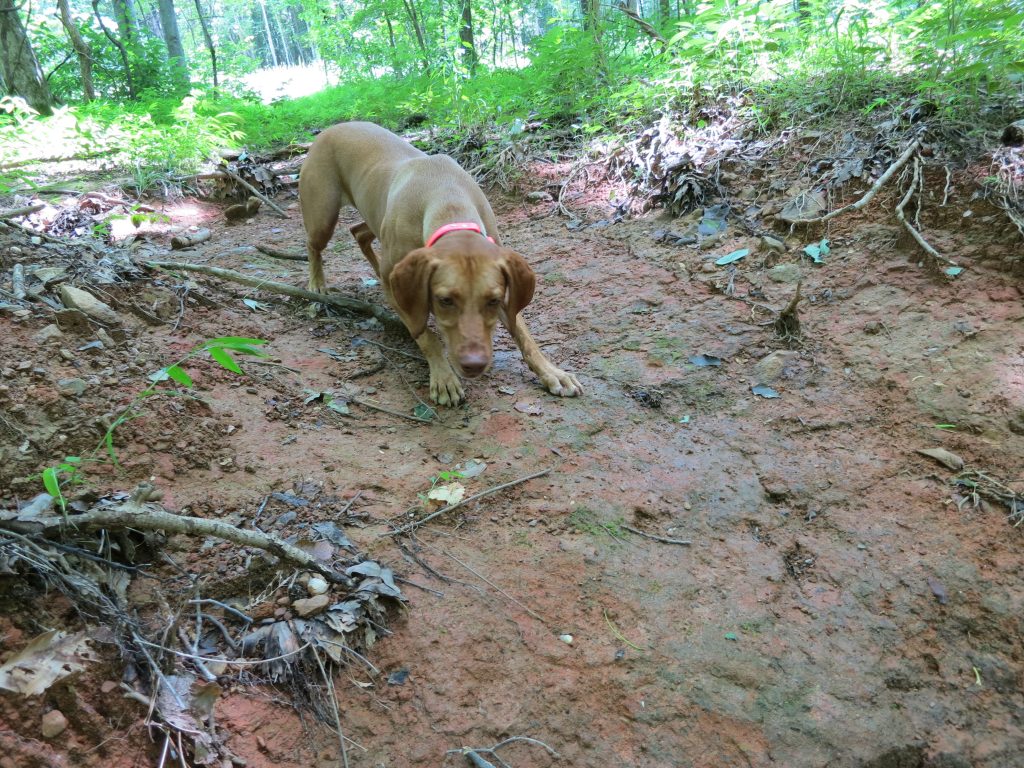 Hmm, what is that?

About a month later, I returned to the Pickoretum/Keith Arboretum (they are connected) for one of Rōmr’s posted events, Puppies in the Pickoretum. It was a pretty hot evening, so I was a bit hesitant about taking Zara, but it ended up being cool enough in the woods. Zara and I met Adriel and his new Labradoodle puppy, Ravenclaw, who was 11 weeks old. We were the only ones who attended, but that was fine with me. Raven took to Zara right away and tried to follow after her, but Zara was moving at such a fast clip that she couldn’t keep up most of the time. But it was cute to watch her try! 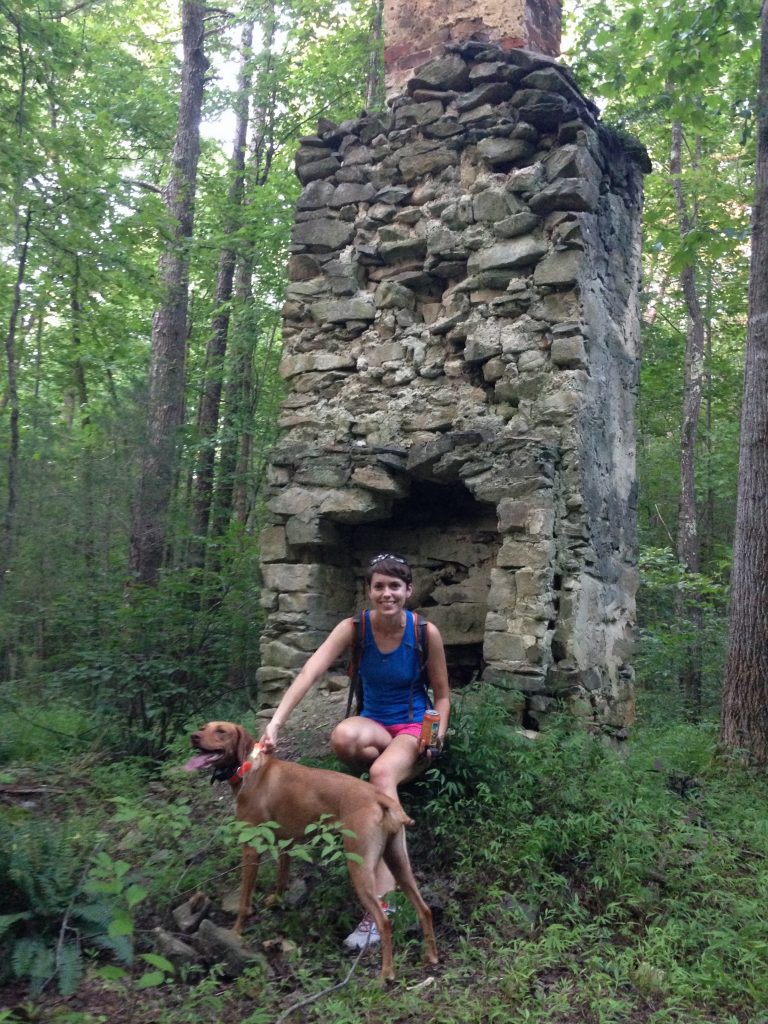 Zara and I next to an old stone fireplace

We walked around the properties and Adriel and I talked about Rōmr’s history and the experiences he’s had working for Rōmr. It was fun to hear the ins and outs of how they’ve been finding landowners and promoting themselves. He explained to me the history of the properties and we came across some ruins that used to be a tavern a long time ago.

I think Rōmr definitely fills a need, especially for people with high-energy dogs like me. We go to the dog park a lot, but it’s nice to have another option. I hope Rōmr continues to grow and we look forward to checking out their other properties soon. :)