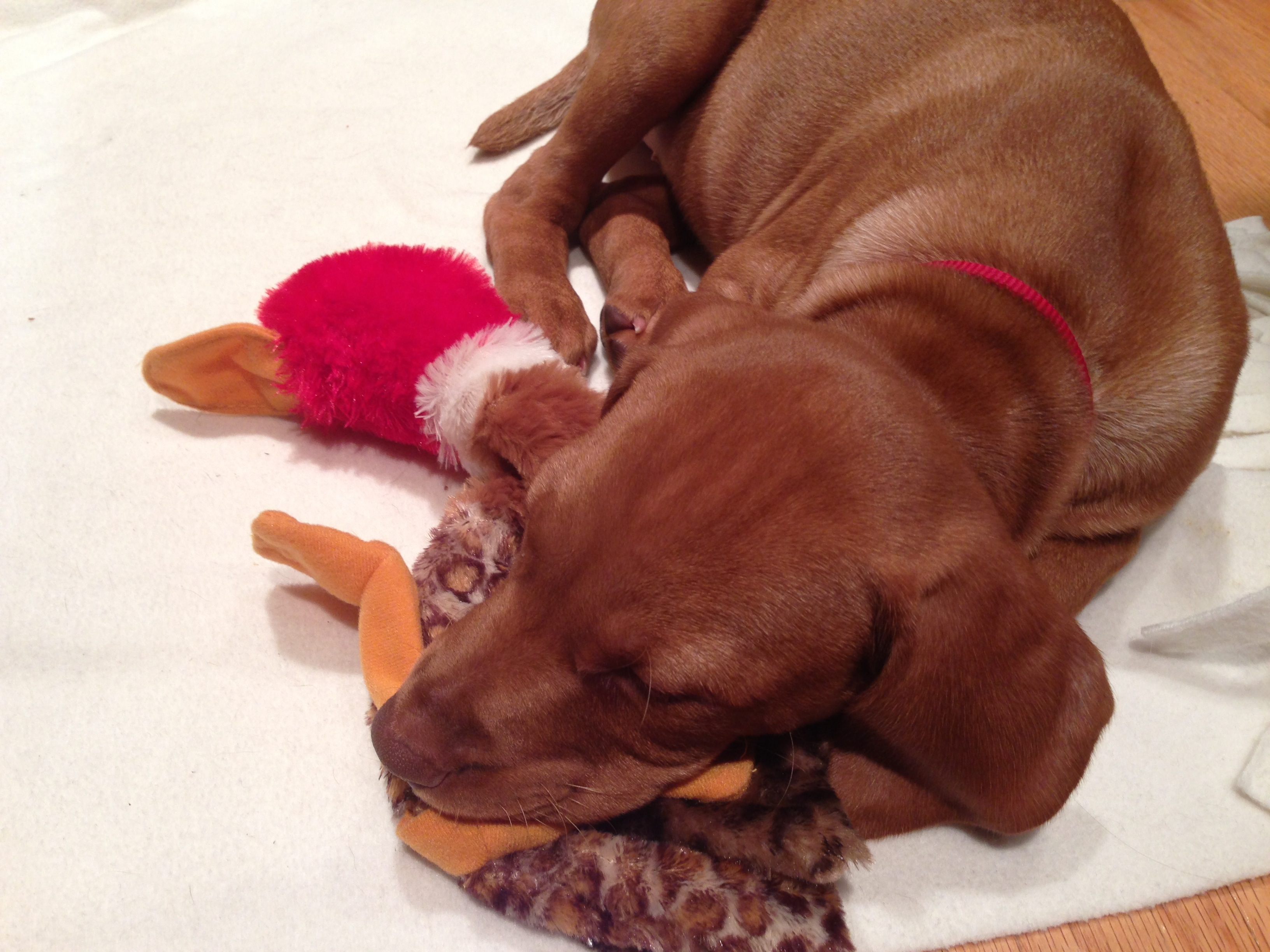 We brought Zara home on Wednesday night. The first night went pretty well. She didn’t fuss too much going into her crate when it was time for bed  and she woke up twice during the night to go out. I, however, felt like I didn’t sleep at all the whole night. I think I was just keeping an ear out. Then we got up about 6 a.m. 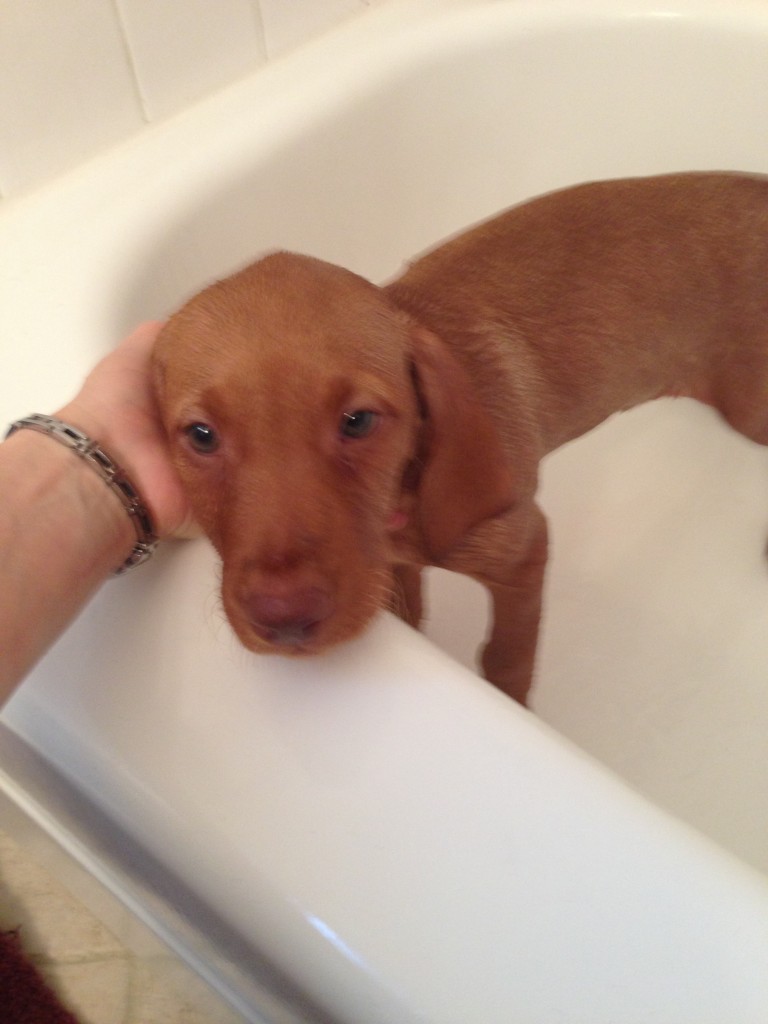 One of the first things I decided to do was to give her a bath. I’m not sure she’d had one before but overall, it went pretty well. She was really cold the whole time since it’s winter but when I started pouring warm water over her, she calmed down a bit. I was hoping to dry her with the hair dryer afterwards, since that’s what we used to do with my dogs growing up, but Zara was afraid of the hair dryer. I think it was mostly the noise. She seems very sensitive to noises in general. Instead, I just towel-dried her really well afterwards and she was fine. 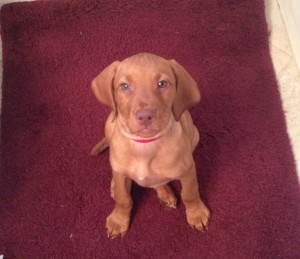 Her eyes are green right now but eventually they will change to a light brown.  They are so pretty; I’d wish they’d stay green! It’s so cute when she’s sitting on my lap and looks at me in the eyes. The good thing is, we’ve had to correct her for biting our hands several times by holding her still and holding her mouth shut and she doesn’t seem to be mad afterwards like she was during the temperament testing. In general, she seems to like us so far! In the photo to the left, you can kind of see the tiny spot of white on her chest.