Yesterday we went to the Conestoga Vizsla Club’s annual Fun Day at Notaviva Vineyards. It was a gathering of 40+ vizslas and their owners at a winery outside of Leesburg, Virginia. I actually went to the event last year before we got Zara to learn more about vizslas and meet some of the owners. This year was much more fun having our own vizsla. Zara thoroughly enjoyed herself.

In the morning, they had a few birds and they let everyone try to have their dog find the bird. The bird was dead (freshly dead, I hope) and attached to an orange string. The handler of the bird held the string and would move it slightly to simulate a live bird. We were a large field with long grass. Zara has never hunted before or done any formal bird training, so I thought it would be interested to see how she would react around the bird. When it was her turn, we led her up to the area where the bird was placed and she found it right away. She went on point as soon as she saw it and stayed that way for several minutes as the woman who was leading the exercise showed me how to adjust her tail and straighten her body. It was really cool to see the natural instinct. She didn’t budge until the bird handler moved the bird. Then she wanted to play with it, of course. 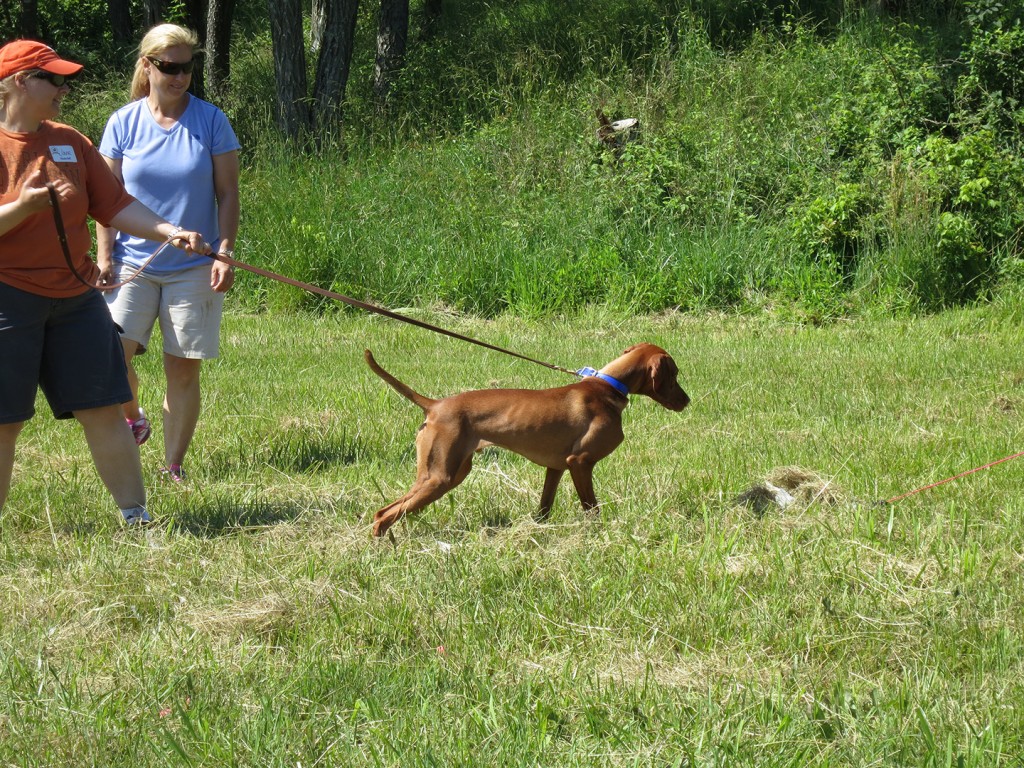 The breeders whom we got Zara from, Jane and Mike, were there with their vizslas Piros, Caiya (Zara’s mother), and Benny (Zara’s brother). Zara’s sister Lily and her owners also came and Zara’s other brother, Max, with his owners. We hadn’t seen Max since he was eight weeks old, so that was a nice surprise. He had gotten big – even bigger than Benny. We managed to get a photo of the four puppies together with their dads, perfect for Father’s Day! 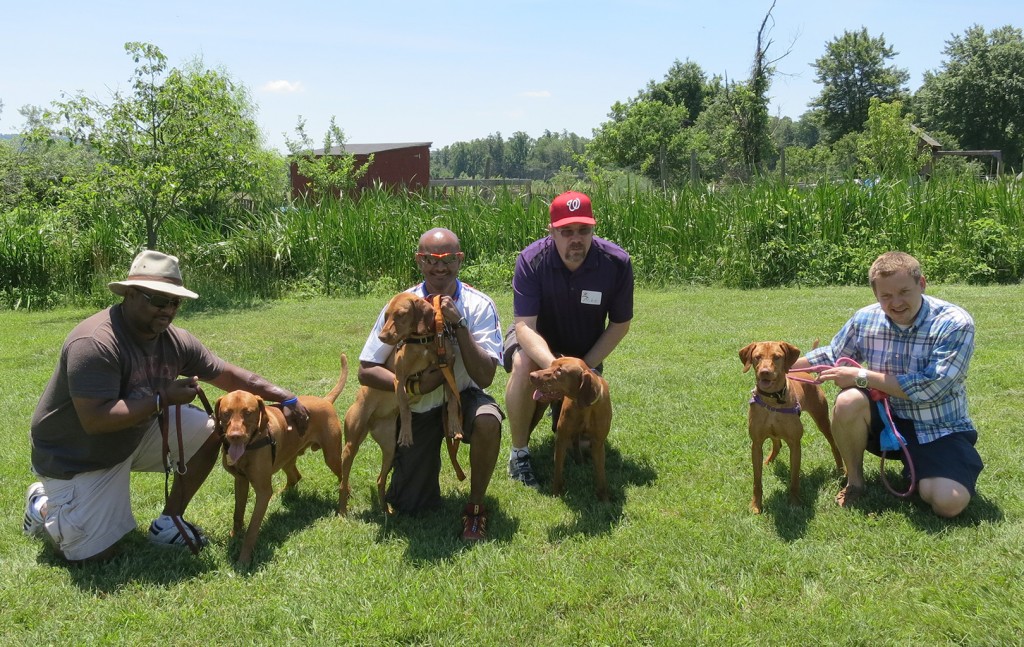 Four of the seven Caiya x Bull puppies (left to right): Scott and Max, Chris and Zara, Mike and Benny, Phil and Lily. 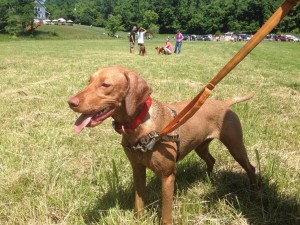 After the bird hunting, we decided to let Zara and Lily run around off-leash in the field. They were going crazy trying to play with each other and driving us crazy getting their leashes tangled up. They were romping through the field, having a blast. Caiya and Benny joined in too and they all started making laps around an area of high grass. Then Zara went off to the side and found a large mud puddle. She started digging in it and I was yelling “NO!” at her as I ran across the field. The next thing I knew, she laid down and rolling her back in the mud! I couldn’t help but laugh because she looked so happy. Unfortunately, I did not catch it on video. I did take a photo of her covered in mud afterwards. Thankfully, the vineyard had a hose and we promptly hosed her down after that. She also got a bath right after we got home.

All in all, it was a very fun day and Zara was quite tired afterwards.