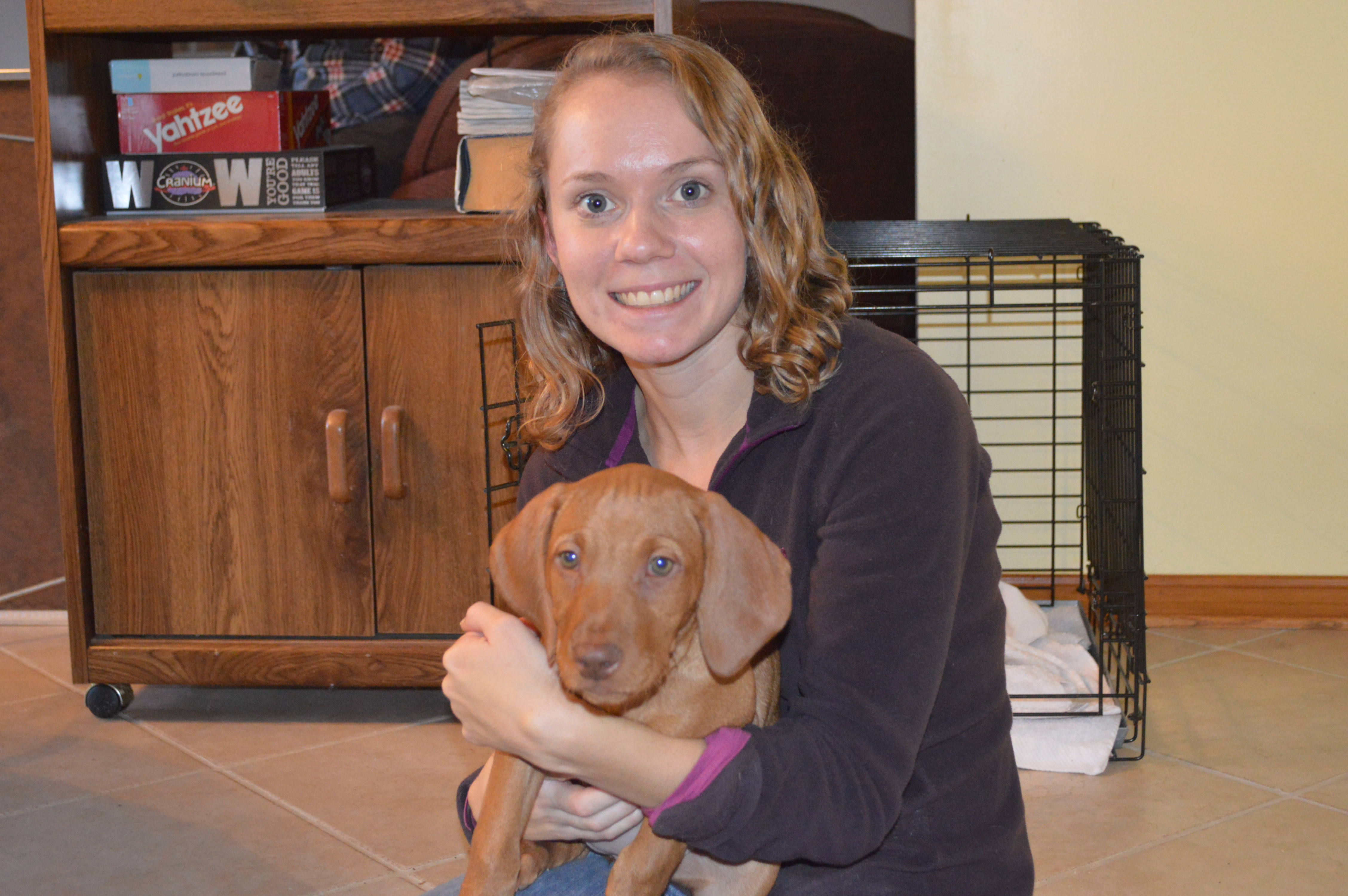 On Saturday, Zara and I went on a little trip to Maryland to my parents’ house. My mom, sister and I were planning on baking Christmas cookies, and they also wanted to meet Zara. The trip is about an hour drive and she was very good in the car. I brought her crate and she slept the whole way. 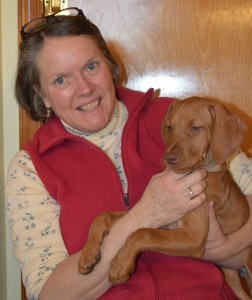 My family all loved Zara and being as friendly as she is, Zara loved them as well. My parents have a ten-year-old beagle named Dixie and she was not as enthusiastic about meeting Zara. In addition to being way past the playful stage, Dixie was not socialized as a puppy and barks a lot whenever she meets new people or dogs. She tolerated Zara at first. We had them in the kitchen together while we were baking cookies and Zara was following Dixie around, trying to get her to play. Dixie was willing to play with Zara’s toys, but she didn’t want to play with Zara. After a while, Zara started becoming more bold and nipping at Dixie to get her to play. Dixie, of course, started howling, and we had to separate them.

Once Dixie left the room, Zara was content to cuddle up to my sister and mom and have all the attention to herself. Little does Dixie know that the two of them are going to meet again in a few short days on Christmas… :)

This weekend we also trimmed Zara’s nails. Chris and I decided to buy a Dremel because we are not comfortable using clippers. There seemed to be too great of a chance of accidentally cutting the quick, which is the portion of the nail that contains blood vessels and is painful if cut. The Dremel seemed more foolproof. I was worried that Zara would be afraid of the Dremel’s noise, so before I attempted to trim, I let her sniff the tool and gave her treats. Then I turned on the Dremel while she was sitting next to me. She seemed okay with it. Chris and I attempted to trim her nails that evening, but it didn’t go so well. Chris held her while I had the Dremel. He tried to give her treats, but she wasn’t interested. I only sanded one or two nails before she wiggled free. Then we tried to get her to approach the Dremel on her own by laying pieces of string cheese on it. As you can see from the video below, she really wanted the cheese, but was hesitant to approach the Dremel.

Since we didn’t want to traumatize her too much, we decided to call it quits for the night. The next morning, we attempted again when she was sleepy. As before, Chris held her while I sanded. She tried to wiggle free again but he held her tight. After a while, she relaxed and let me do it, though she was whimpering a bit. We praised her the whole time. I was able to trim all of her nails but I will need to do them again in a couple days since I didn’t go very short. Hopefully next time she will not be as scared.