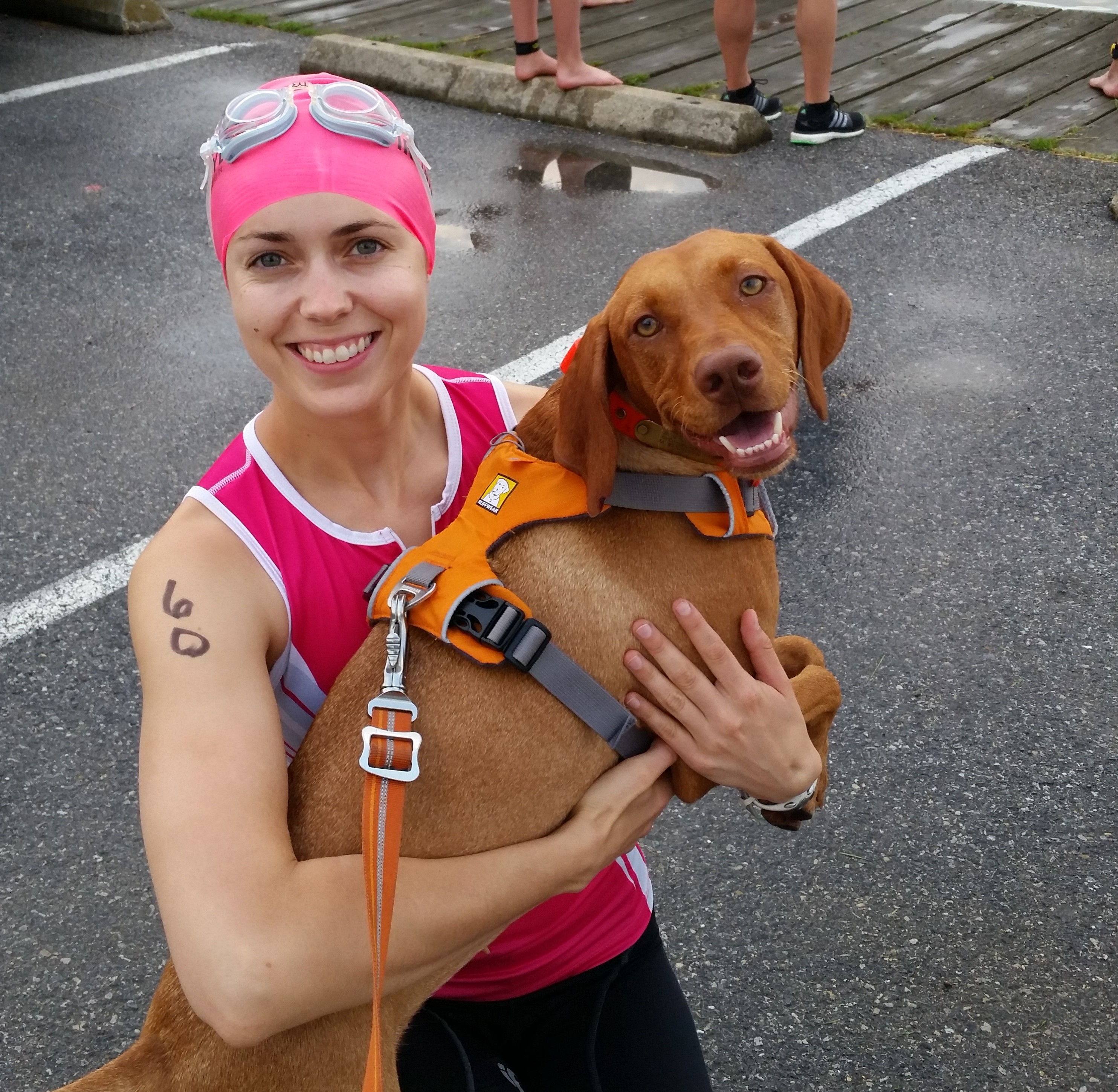 Last weekend I completed a sprint triathlon, the General Smallwood Sprint, in southern Maryland. Chris and Zara came along to spectate. I have done a few triathlons before but they’ve all been in DC. I liked this race a lot better because the bike and the run course were very shaded. It was also a much smaller race than the larger ones I’ve done in DC.

The race started at 7AM and was 45 minutes away from where we live so we had to get up before 5. Zara was very confused because it was still dark out. She has gotten used to waking up when the sun is out. I also fed her breakfast at 5am so she was definitely off her schedule.

We saw a few other people with their dogs at the race though none of them looked as energetic as Zara. When it was my time to start the race and line up for the swim course, Zara started yelping when I left her. I think she calmed down after a bit and she was quite happy to see me once I finished the swim. 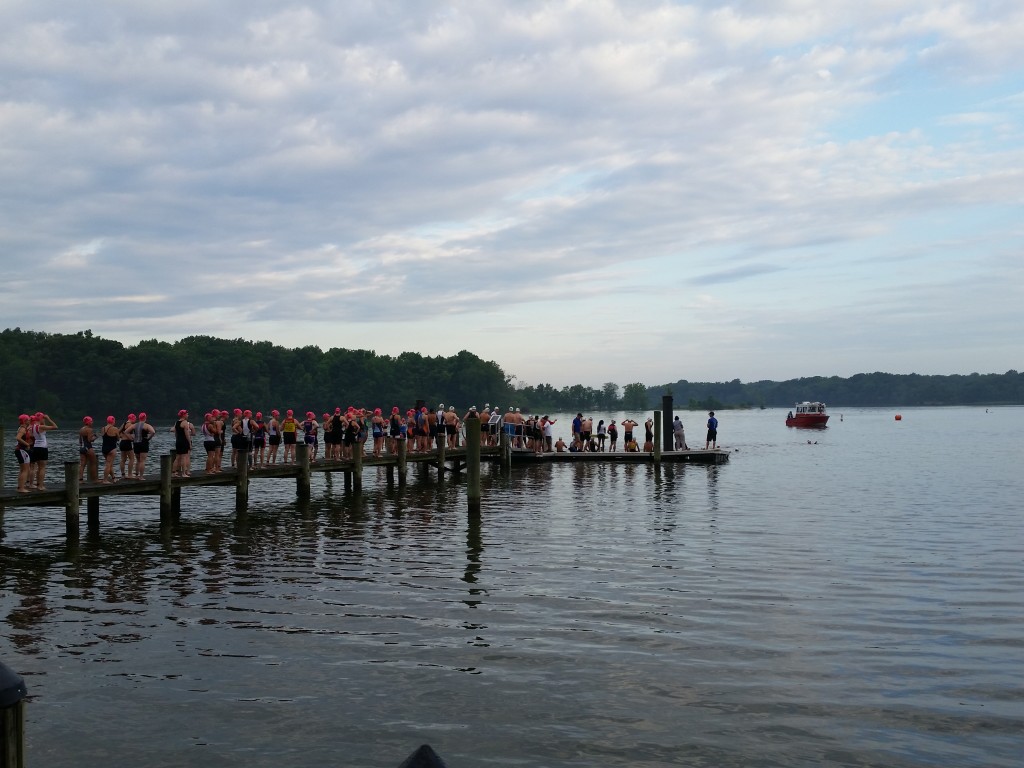 Lining up for the swim start. 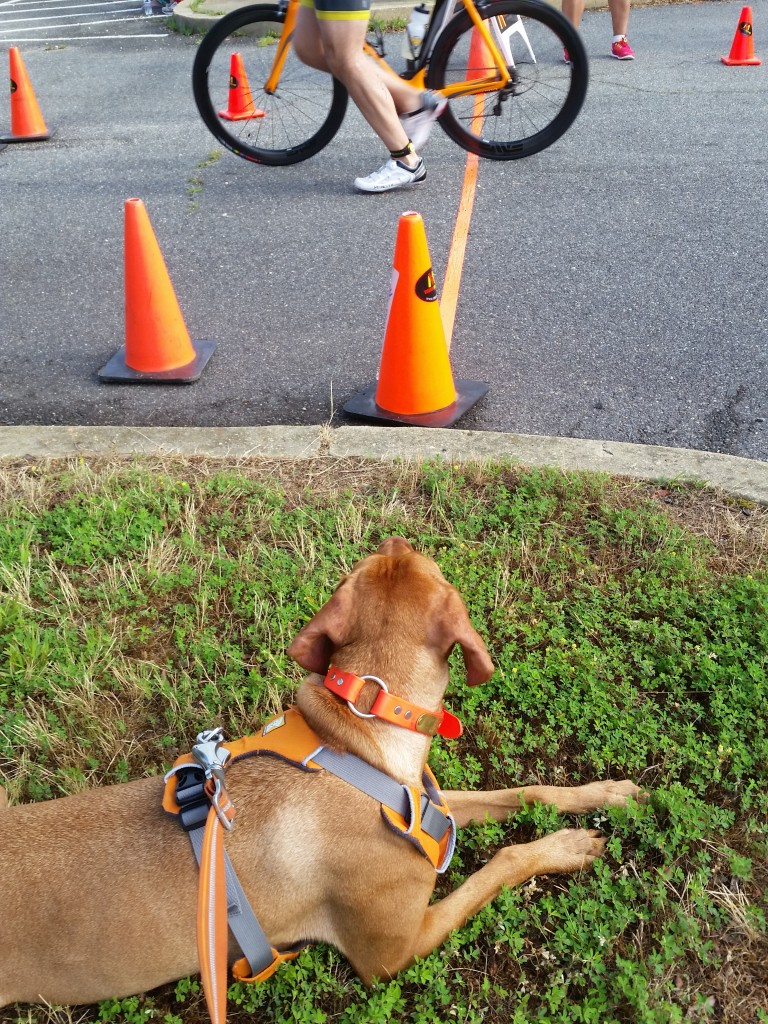 During the bike portion of the race, the course went pretty far away from the main spectator area so Chris decided to take Zara for a run while he was waiting for me to return. Unfortunately it was a little too hot for Zara and she got hot after a few minutes. Then Chris and her sat in the car with the A/C on while she cooled down. Such a princess. 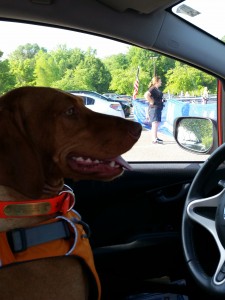 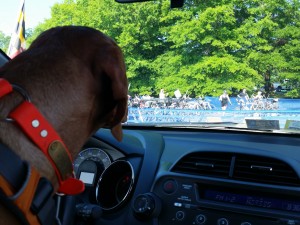 Chilling in the car.
When it was time for the run portion, Chris and Zara were able to run the first portion of the course with me which was really nice for some extra encouragement. The course was two loops and after the first loop, Zara got too hot and bailed out for a shady spot. Poor baby doesn’t do well in the heat. So I finished the run by myself but they were there at the finish line. 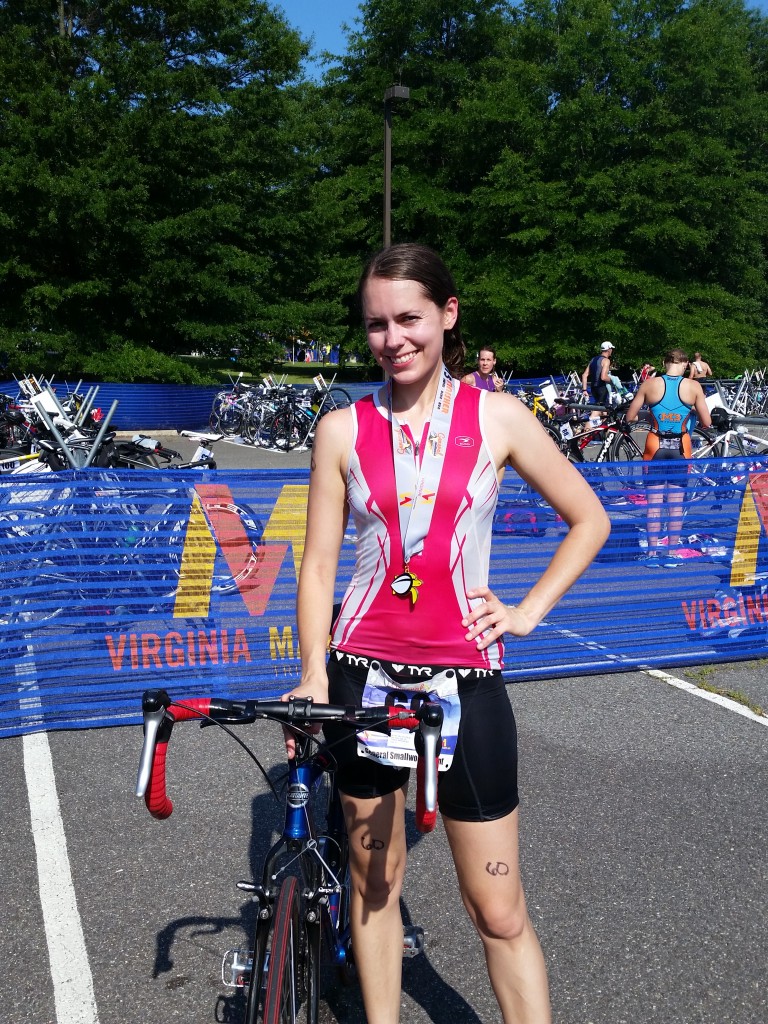