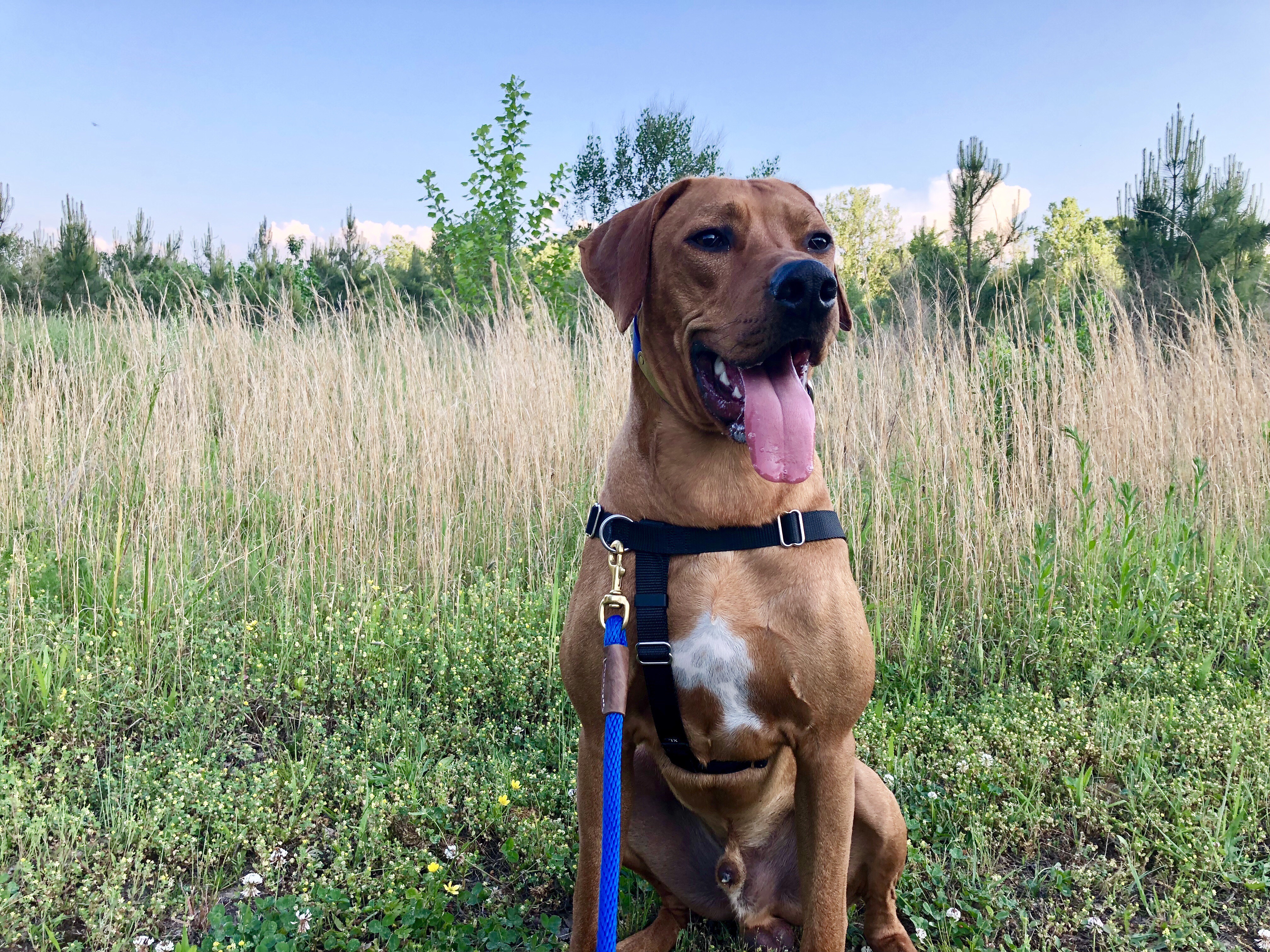 One Year With Colombo

It’s hard to believe that we’ve had Colombo for exactly one year. Sometimes I have trouble remembering what it was like to only have one dog. Then I’ll be out somewhere with just one of them – on a therapy visit with Zara or a training class with Colombo – and I’ll realize how much easier it is to walk just one, or load one in the car, or stop one from chasing a squirrel.

Our life with Zara was good before we got Colombo. She had become so well-behaved and so predictable that I knew we were unlikely to keep the same equilibrium by adding a puppy. It’s hard to determine what has made her such a good dog – genetics, training, how we interact with her – but I’ve always felt that we’d gotten lucky with her. It seemed inevitable that adding another dog might upset the apple cart, so to speak.

And there were moments when we first brought Colombo home that I did feel some regret, because Zara did not take to him immediately. She would play with him in spurts, but it was always on her terms. She spent a LOT of time putting him in his place. Sometimes she would look at me and it seemed that she was saying, Why? Why did you ruin my life by getting this tiny shark to torment me? And it broke my heart.

But I ultimately knew it would get better, that in time she would like him more, especially after he’d lost the puppy teeth and was better trained. Colombo, of course, loved Zara from day one. Even now, I think his main goal in life is to annoy her. He seems to like nothing more.

It’s been really enjoyable to see their relationship develop. After the first month or so, they were getting along better, but I really noticed a deeper affection on Zara’s part around the time he was 10 months old. In the morning, or if they haven’t seen each other in a while, they will engage in extended kissing and licking rituals, with Zara’s wigglebutt going the whole time. It’s so sweet. They also have play sessions several times a day. Without question, Zara is still the boss, but she is not as mean to him as she used to be. 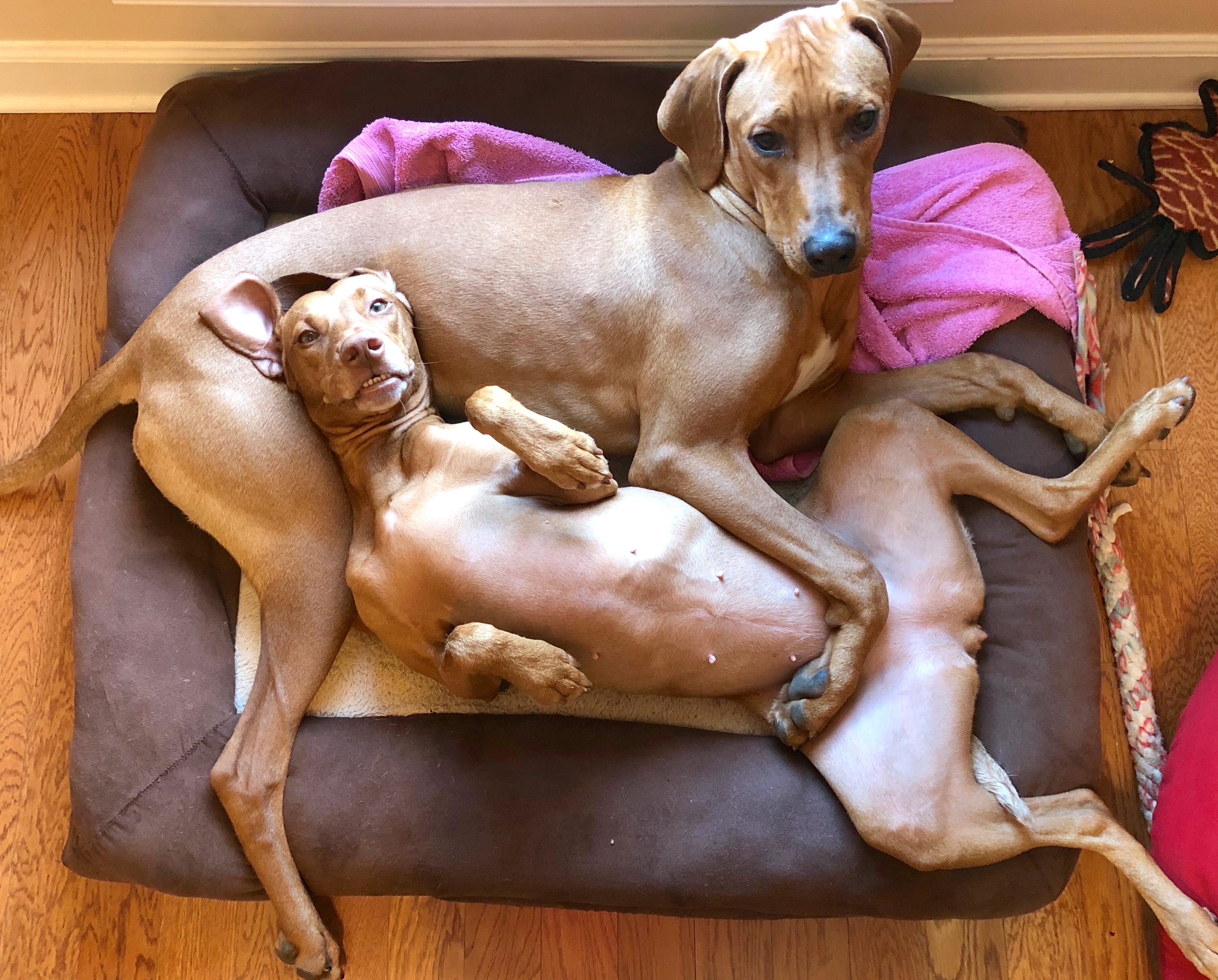 I didn’t know as much about Rhodesian ridgebacks before we got Colombo, but it’s been interesting to venture outside the vizsla world and see the differences between the two breeds. It’s been especially fun to see the difference in energy levels between Zara and Colombo, even as Colombo is still a puppy and Zara is approaching five (!). After his evening exercise, Colombo is content snoozing away the rest of the night unless he’s interrupted by Zara wanting to play. I’ll look at him and think, “Ah! So this is what it’s like to have a dog with a normal energy level!” Nevertheless, people will ask me with concern, “Don’t Ridgebacks require a ton of exercise?” In response, I will reply, “Are you serious? Have you ever seen a vizsla?!”

I love his sweet personality and the way he offers his paw for a treat – he basically slaps the giant thing into your hand. He moves at a much slower pace than Zara which makes it easier to walk him on a leash and get him to pose for photos!

Colombo is training to be a show dog, and it’s been fun for me to try out a new dog “sport.” He is not as eager to please as Zara when it comes to learning new things, so we still have some work to do to get him fully prepared for the show ring. We attended two shows early this year, but he was nervous, so I’ve decided to take several months off to build his confidence. We recently started a CGC class that is held outside, so I’m hoping that will help. 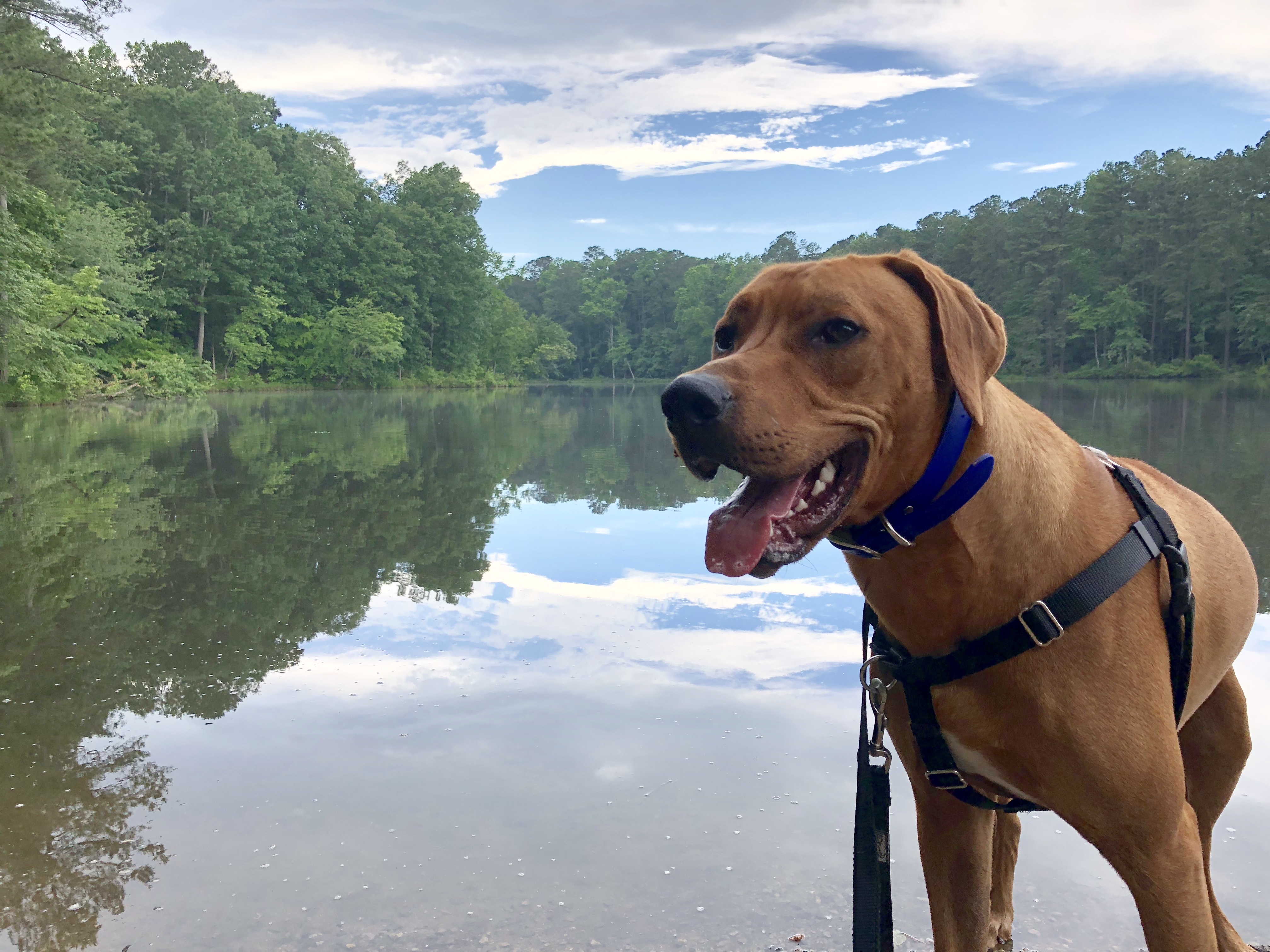 Colombo has definitely matured slower than Zara did. I’m sure this is a combination of his breed and gender. He destroyed a couch cushion at 13 months, whereas Zara didn’t touch any of our stuff after about 6 months. Now that he’s passed his first birthday, we are starting to see him become more mature. I often say that he’s going to be a great dog when he’s 2 years old. He is a good dog now, but I’m looking forward to the day when some of his exuberant puppy behaviors (like jumping up and nipping) have decreased. Regardless, he’s been a perfect addition to our family. 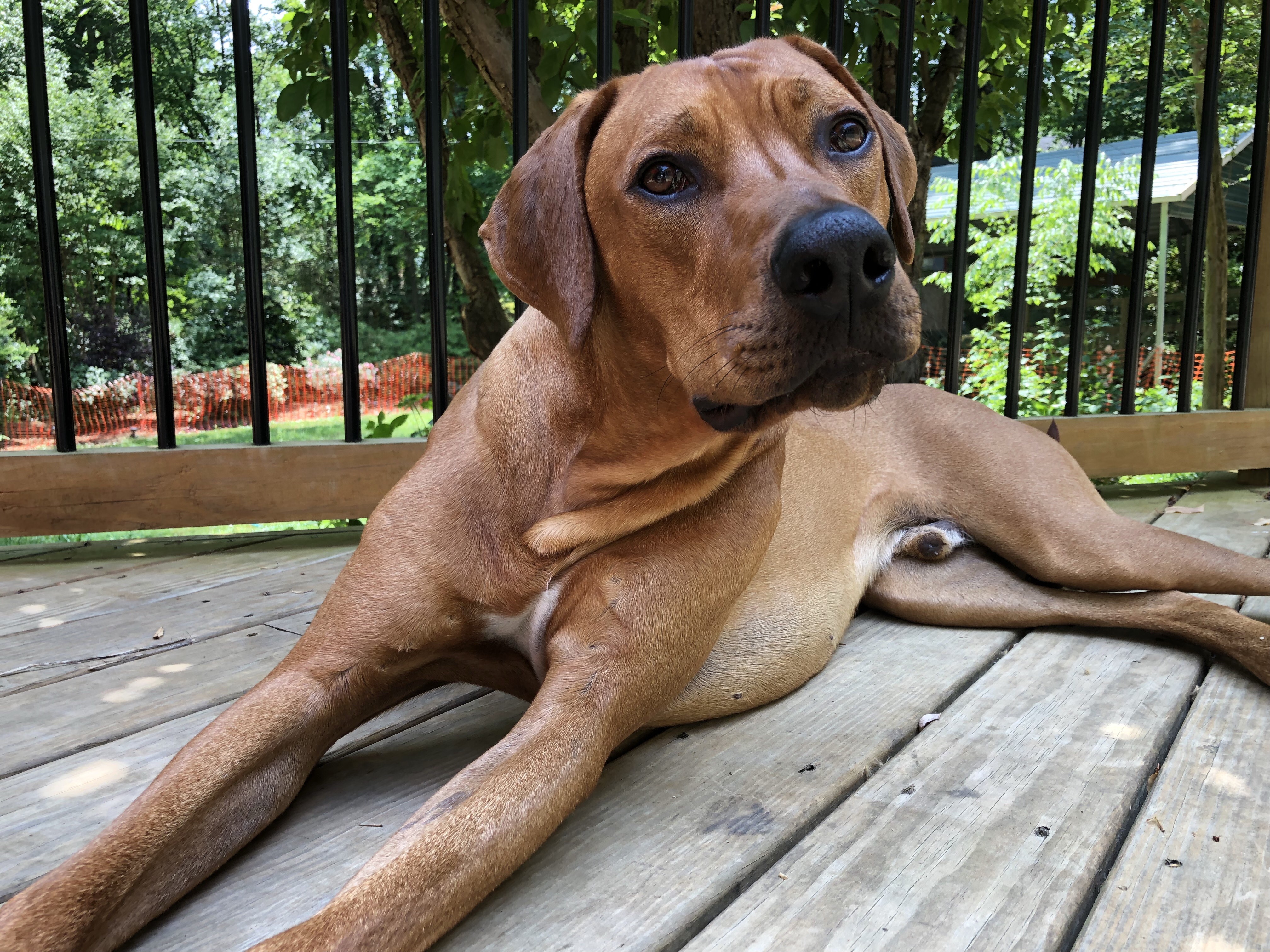