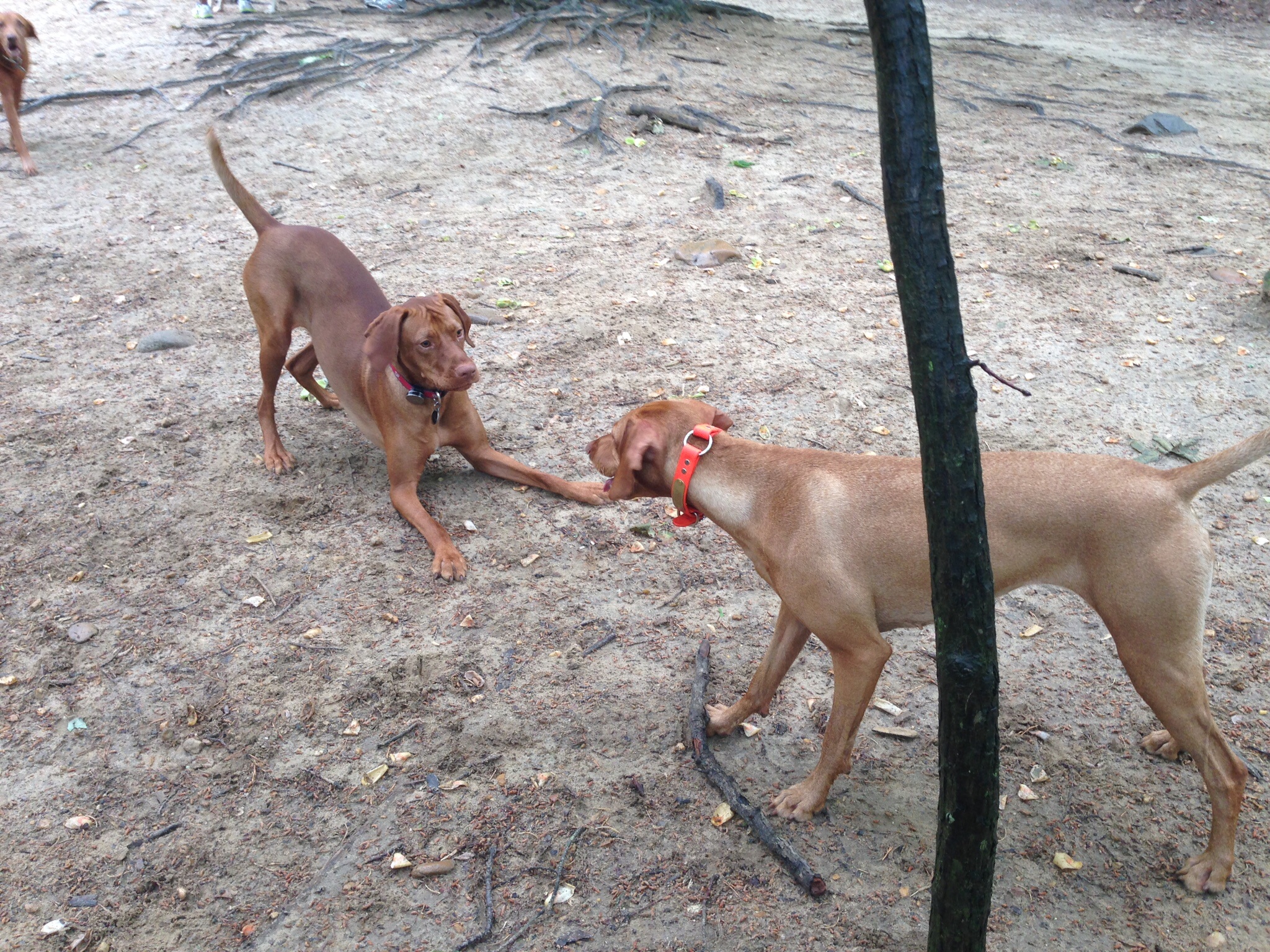 Yesterday was the DC vizsla meet up that I organized at the Glencarlyn Dog Park. We had a great time and there were 13 vizslas in attendance! I had scoped out the park once before but wasn’t sure how well it would accommodate a bunch of crazy V’s, but it turned out to be perfect. There were a few other dogs there when we arrived but the park is large enough that we weren’t taking over the whole thing. We started at one end of the park and the vizslas ran around and got to know each other. Many of Zara’s other vizsla friends were there. Zara soon acquired a suitor, as a one-year-old male named Tinto took a liking to her and followed her around the entire time, trying to hump her. Zara knows how to stick up for herself though and she was kept telling him off by baring her teeth. They were kind of cute together, though. When his owners tried to leave, they had trouble catching Tinto because he didn’t want to leave Zara!

After a while, we moved further down the park so the pups could get into the stream. It was not deep enough to swim but they were able to splash around and get pretty wet. :) Thankfully I had remembered to bring a towel so I could dry Zara off afterwards. (Although as a side note, I will say that vizslas are pretty “wash and wear” — even when Zara has been covered in mud on her underside and I’ve been sure that I will have to bathe her, after a towel wipe down, she’s usually pretty clean.)

We were at the park for about an hour and a half and it was a great meetup. I really like how different this dog park is than many others in the area – much more natural. It is unfenced but the geography kind of forms a natural fencing. The stream that runs through it is Four Mile Run, the same stream that runs through the popular Shirlington Dog Park. We used to go to Shirlington a lot but avoid it now because Zara gets too overwhelmed by the large numbers of strange dogs. Glencarlyn was much less crowded and I like it a lot better.

Below is the group photo we took. While we did manage to get all of the vizslas and their humans in the photo, there are definitely a lot of puppy butts! 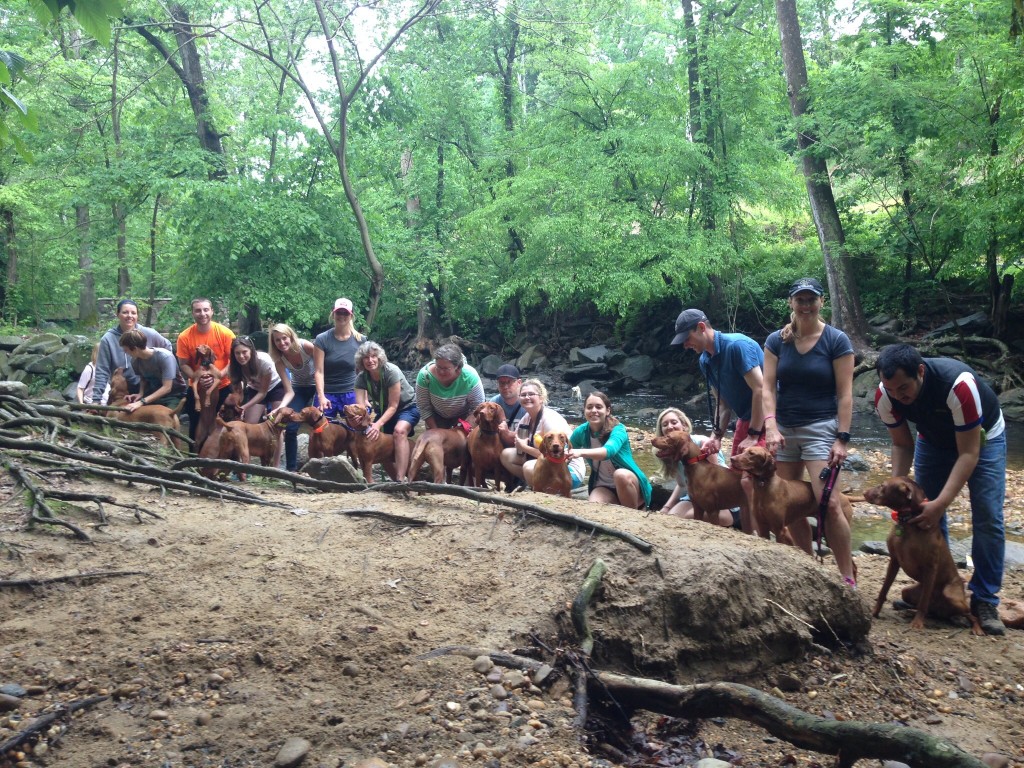 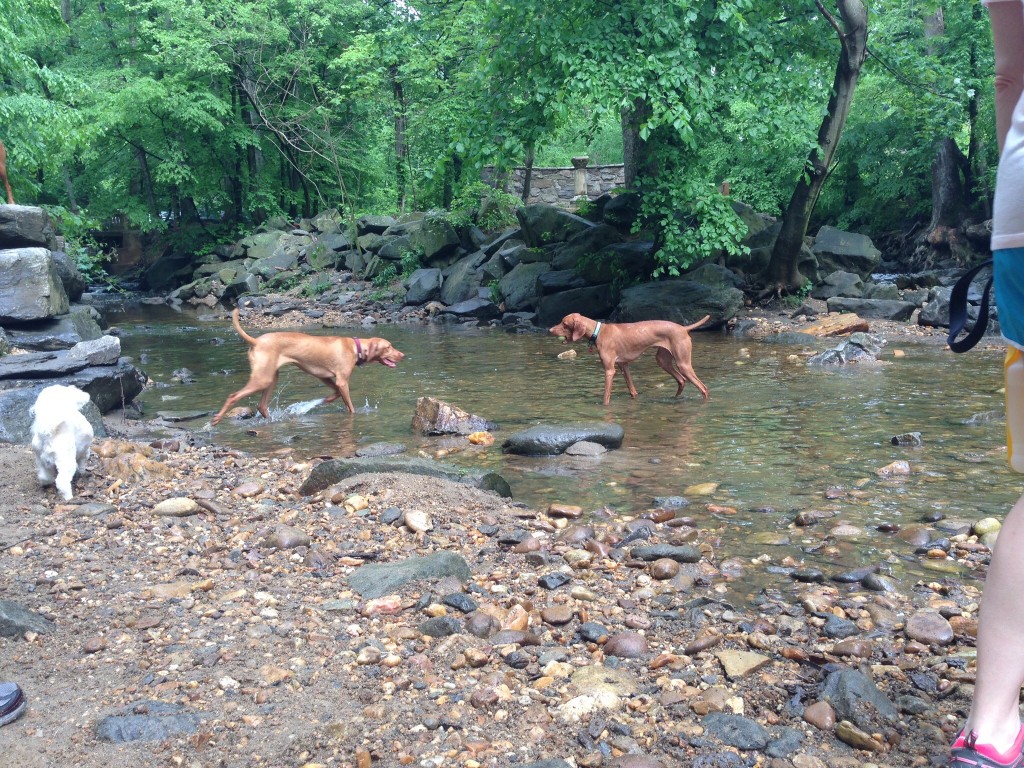 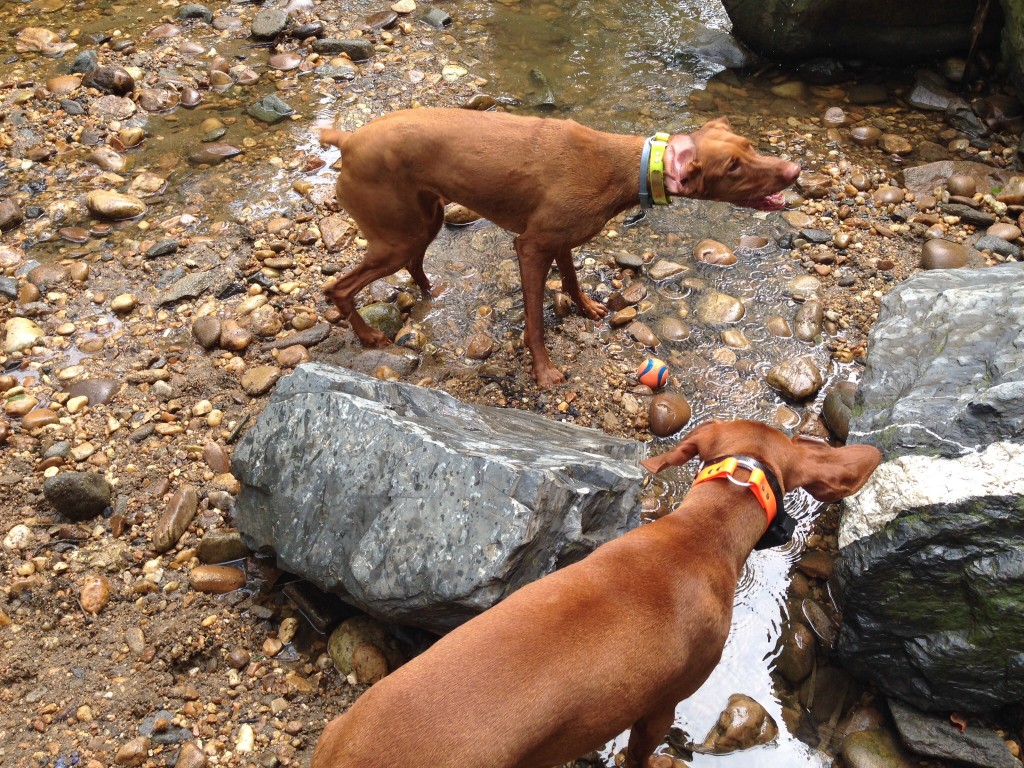 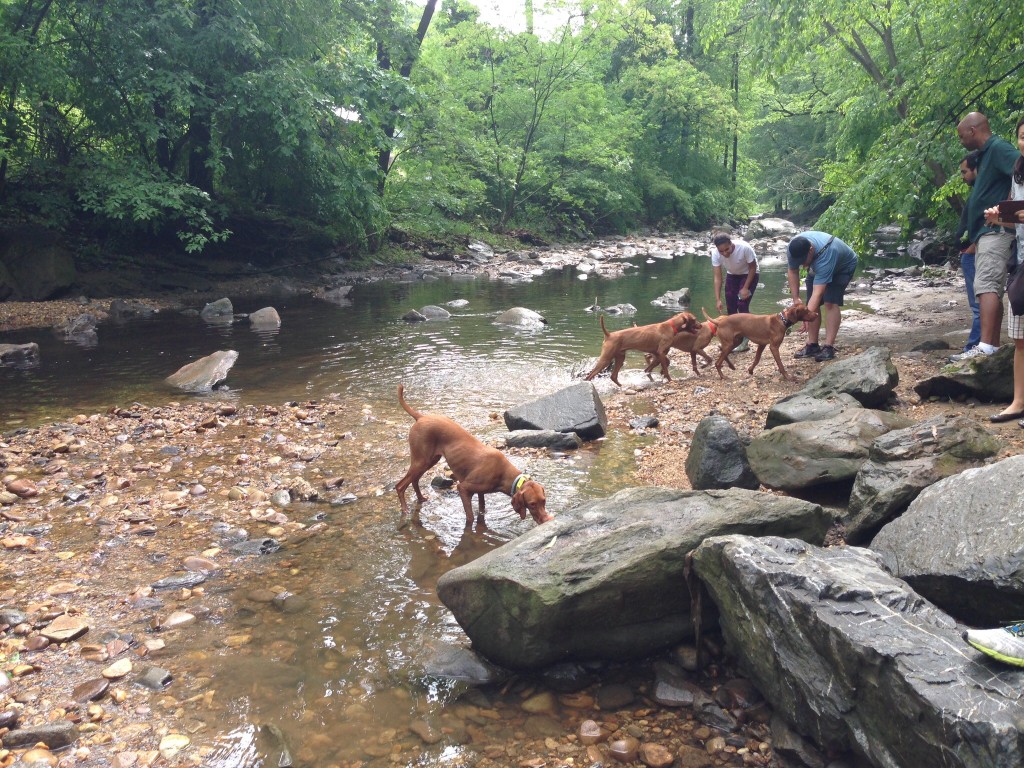 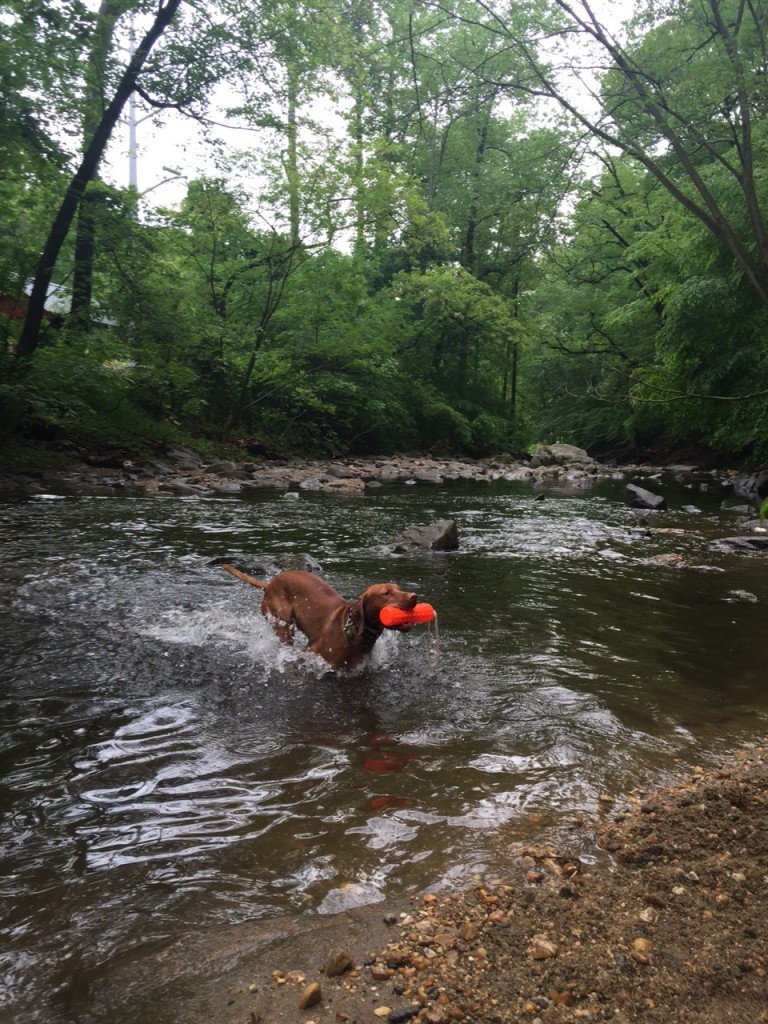 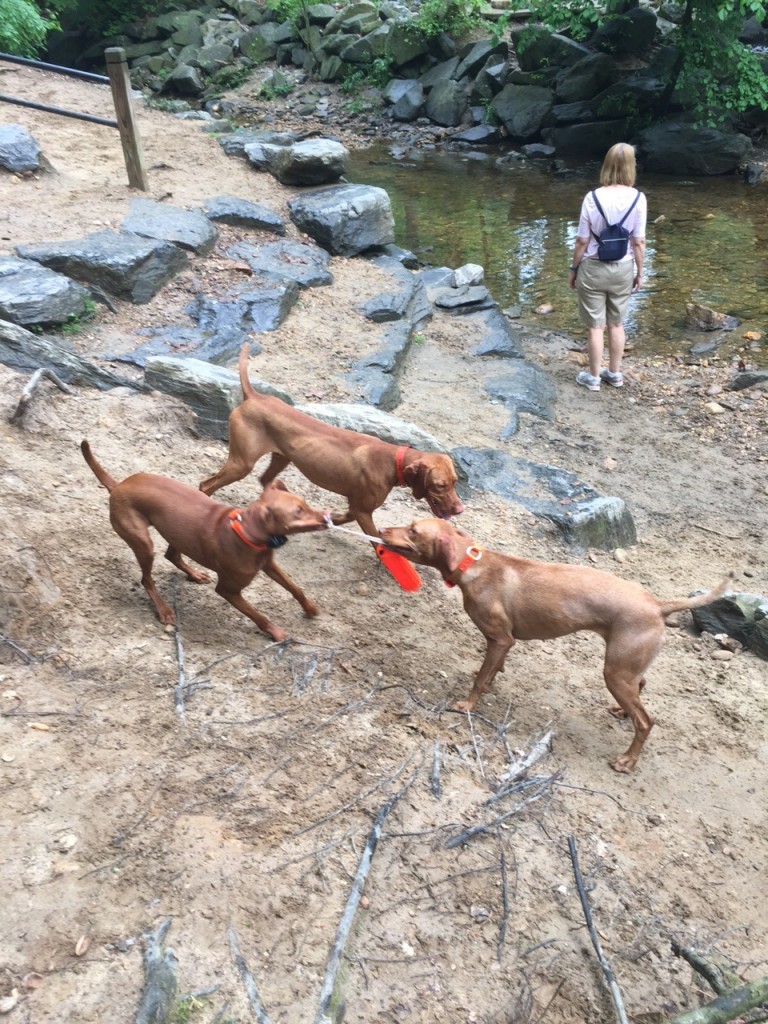 Zara and Piper play tug while Tinto tries to get in on the action.

Now that Zara has her Master Hunter title, we’re

Five years ago I entered Zara into her first Junio

Another rainy weekend, another hunt test. 🌧😒

“Are you gonna stop taking photos and flush this