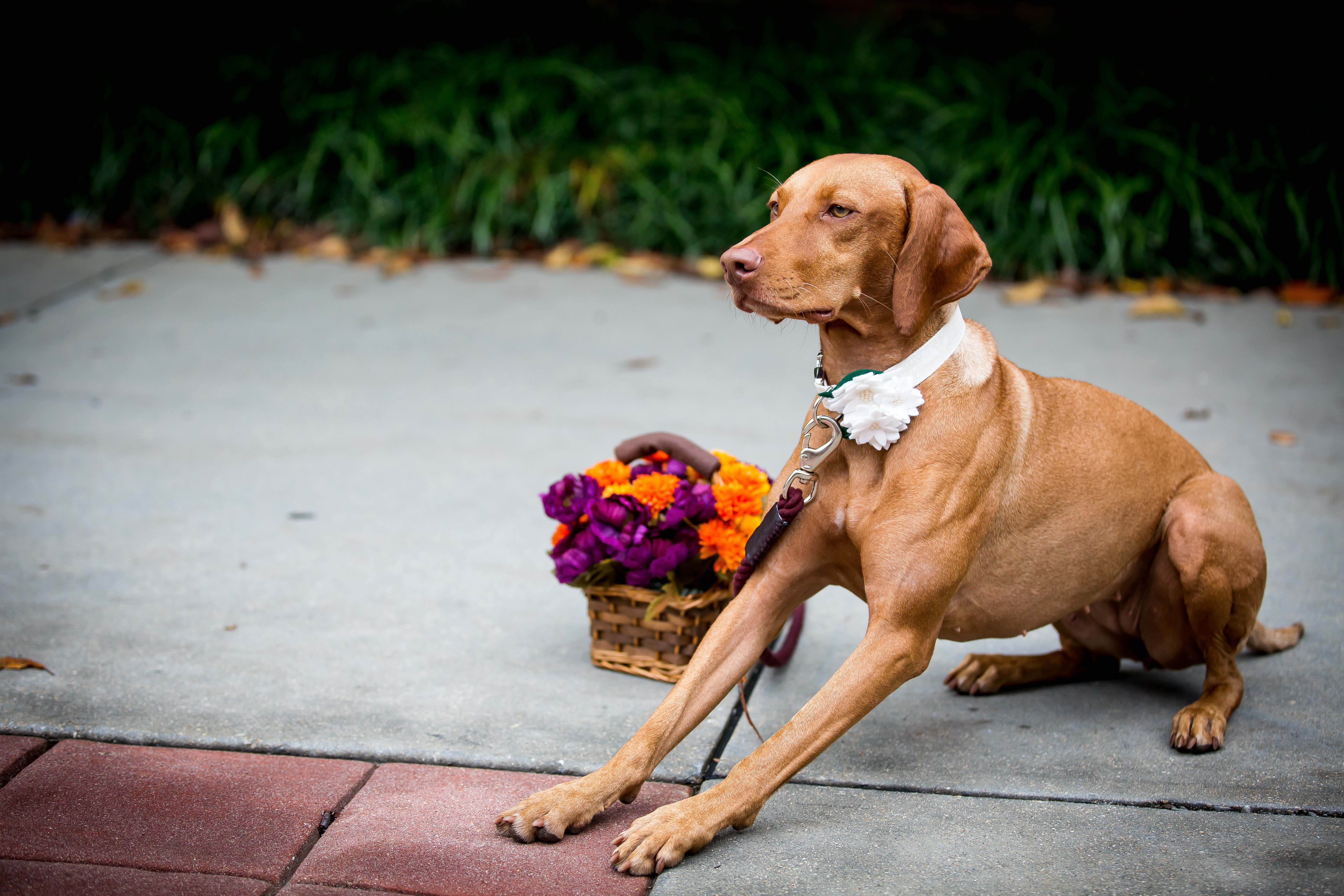 After Chris proposed to me last August, we started planning for our wedding this year. We knew right away that we wanted to include Zara in the wedding since she is basically our child. When we were picking a venue, there were actually a couple that we eliminated because they did not allow dogs. Thankfully, most venues did allow them and we picked the Mt. Washington Mill Dye House in Baltimore, Maryland.

At first we thought Zara would be the ring bearer and bring the rings down the aisle but after we realized that Chris’ nephew was going to attend, we figured he would make a better ring bearer. Instead, Zara would be a perfect flower girl.

I decided to train her to carry a basket of flowers down the aisle. She’s pretty smart so I thought it would be relatively easy to teach her. It was actually a bit harder than I thought but she eventually mastered it.

Our wedding was October 3rd and I started seriously training her in May to give us plenty of time. I bought a small wicker basket at Michaels that I planned to fill with fake flowers closer to the date. No real flowers for Zara – we wouldn’t have been able to practice with them for very long and she might have decided to eat them. :)

Initially, I figured that I would hand the basket to her, say “take it” and have her hold it for a second or two and then gradually increase the time that she held it. After that, we would progress to walking with the basket. That is the way my 101 Dog Tricks book recommended, but it wasn’t working. She never wanted to take the basket. She would take it for half a second and then immediately drop it. I think she was too interested in the treats she would get after.

I mentioned my troubles to another dog owner at the dog park and she recommended wrapping the handle with something soft. She used to train seals and she said that the texture really mattered for the animals to take something in their mouths. That made sense, so I hot-glued some fleece around the handle. That helped a little bit but Zara still wasn’t very willing to take the basket from me.

Then one day, I sat the basket on the floor a few feet from her and instructed her to “get it” and then “bring it” to me. She knows these commands from playing fetch. That worked! She picked up the basket and brought it to me! I felt like we finally had a breakthrough. So for several weeks I would put her in a sit-stay, place the basket several feet away and then have her get it and bring it to me. We practiced that in several locations in the house to generalize the behavior. I knew that is not how it would work on the wedding day, though.

As a next step, I handed her the basket, said “take it” and then ran away from her, yelling, “bring it!” That seemed to make it more fun and she would run after me with the basket. After a few weeks of that, I was able to have her someone several feet away from me hand her the basket and then she would bring it to me as I called “bring it!” This was desired behavior to bring the basket down the aisle during the wedding. During this whole process, I used treats and sometimes a clicker. Zara will do pretty much anything for food so we are lucky in that respect.

We practiced the basket carrying in different locations in the house, outside, at my parents’ house, and the house we rented in the Outer Banks. She did it in the presence of other people and other dogs. The night before the wedding, we had the rehearsal at our house and after a little prompting, did carry the basket down our makeshift aisle. However, the day of the wedding was not as successful.

We had one of our dog walkers, Heather, be Zara’s handler for the day and bring her to Baltimore in the afternoon for a few photos and the ceremony. Heather would take her back after the ceremony. When Zara got to the Mill, she was very excited to see us and check out the new surroundings. (Thankfully she did not jump on my dress!) We got some nice photos with her posing next to the basket and with Chris and I. She wore a white collar with a flower from Pecan Pie Puppies and a purple leash that I made. After the photos, I wanted Zara to practice going down the aisle before the ceremony. Unfortunately, she was very distracted and didn’t seem interested in the basket even with the treats we had. Heather handed it to her a couple of times, and she would take it but then drop it almost immediately. We let her sniff around the chairs and ceremony site a bit to see if that would help. But she just wasn’t interested in taking the basket. It was also raining a bit and cold so I’m sure that didn’t help either.

Thankfully, the rain held off for our ceremony and we were able to be married outside. Zara did not end up carrying the basket down the aisle, but instead, the bridal party called, “Zara, PARTY!” after Heather released her from her leash and she happily wiggled her way down the aisle. We also had the DJ play “Who Let the Dogs Out” while she walked. :)

Heather retrieved her after her trot down the aisle because we didn’t think she’d sit still enough at the front for the rest of the ceremony without yelping.

Heather took Zara home after the ceremony and we continued with the reception inside. It was a great day (though it flew by!) and I’m glad that Zara was able to be part of it. 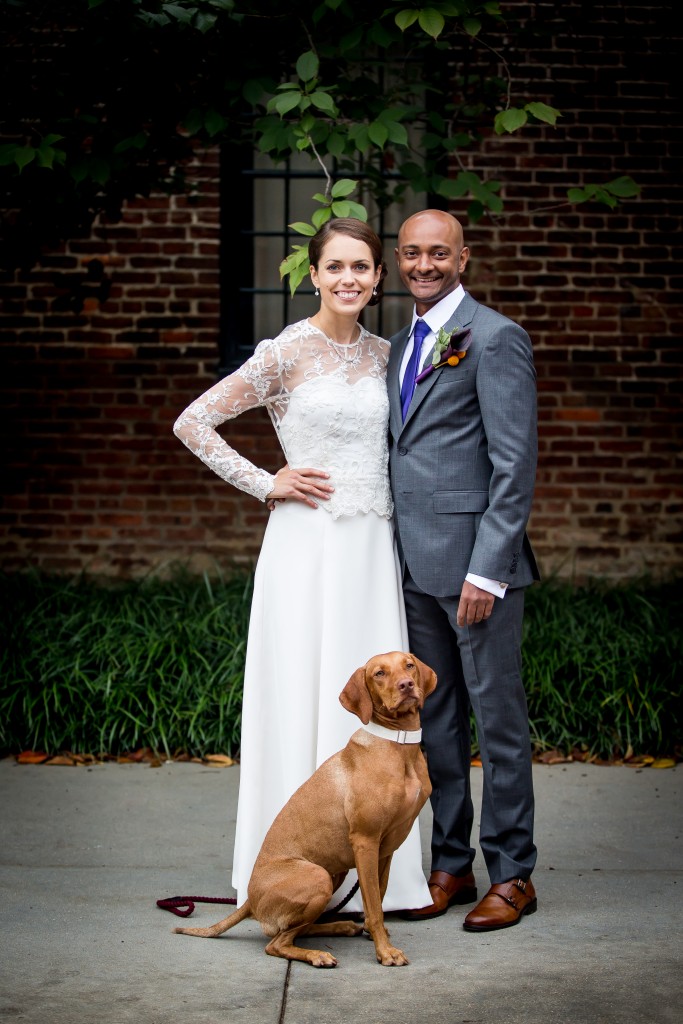 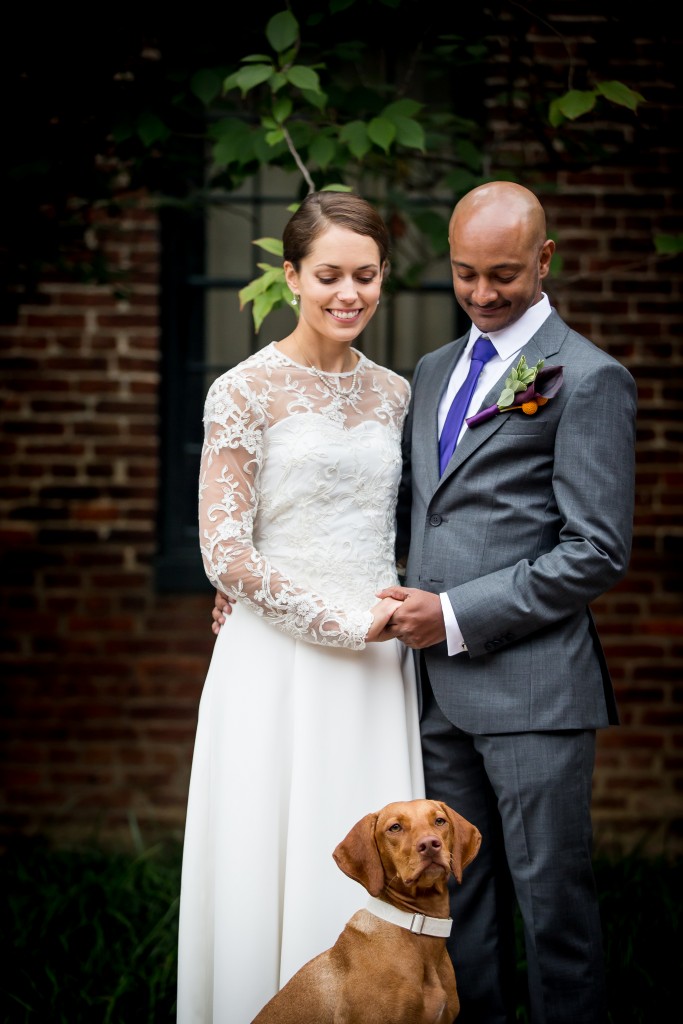 We love our baby. Photo by Mari Harsan. 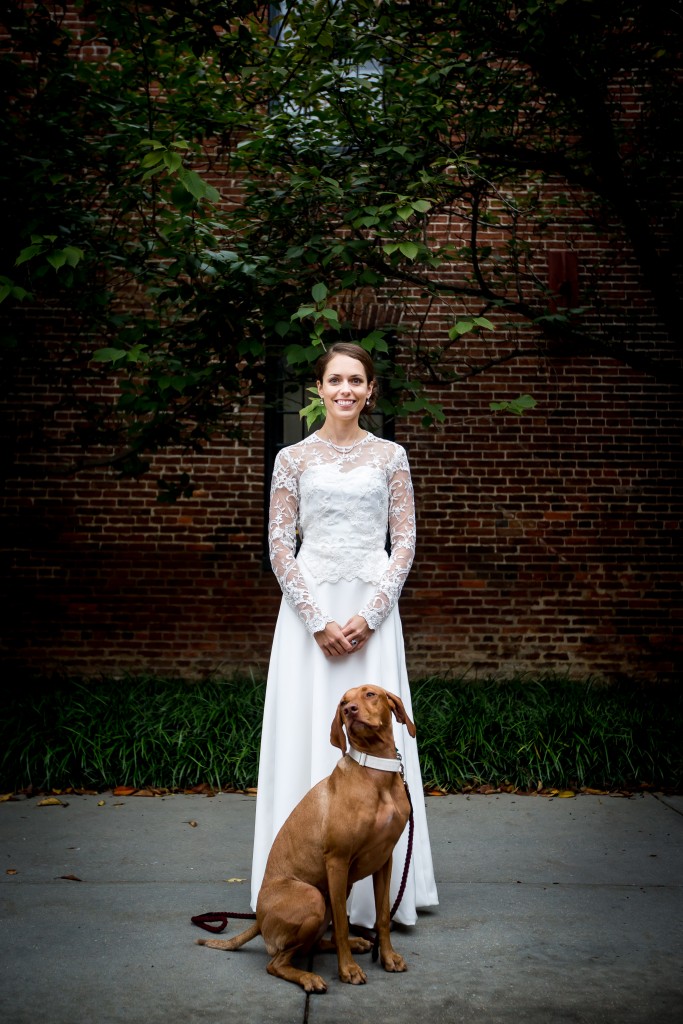 Trying to practice with the basket before the ceremony. Photo by Mari Harsan. 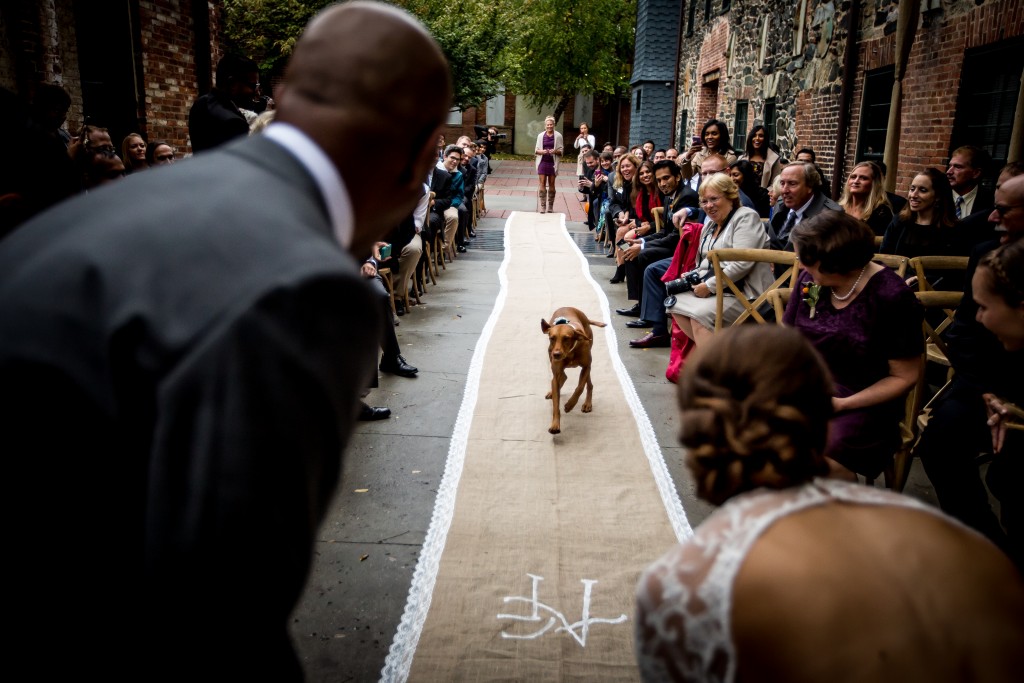 Zara wiggles her way down the aisle. Photo by Mari Harsan. 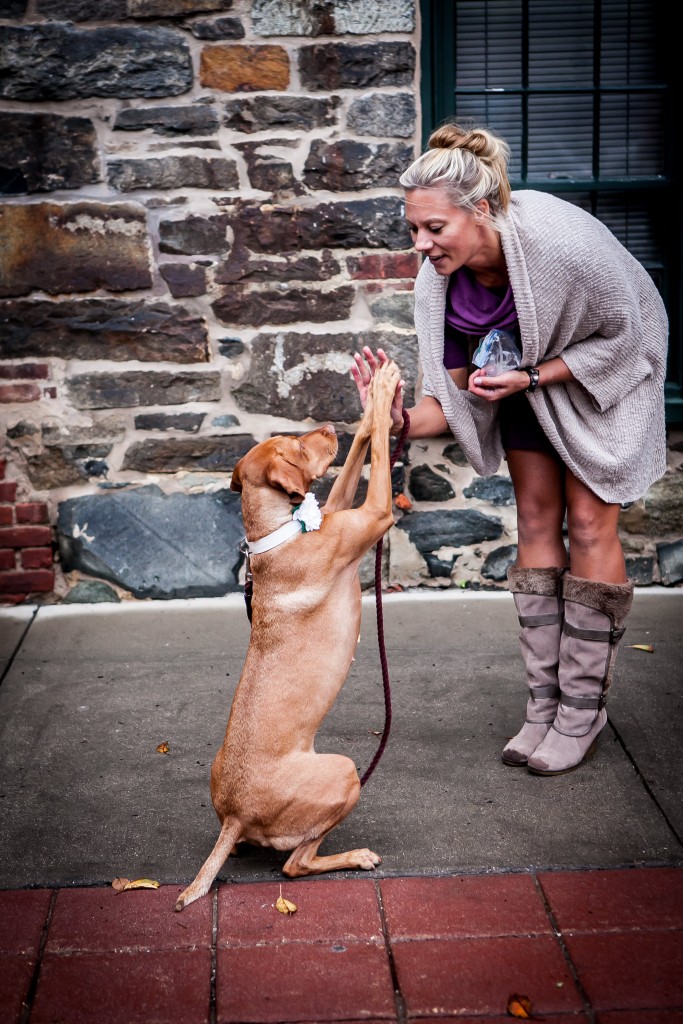