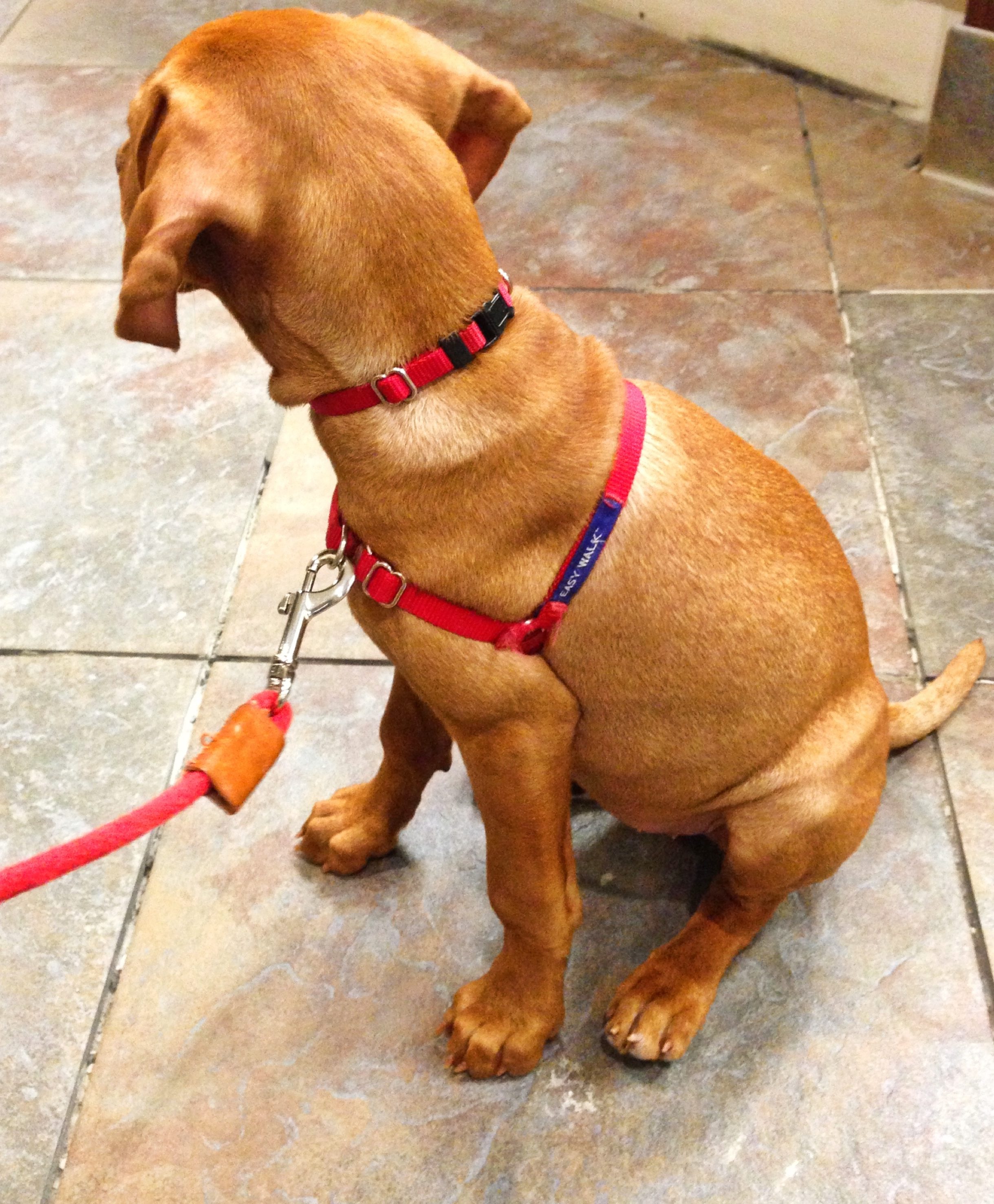 Last night we took Zara to the vet for a general check-up and her second round of DHPP shots. I know that some dogs develop a fear of the vet but I don’t think that will be the case for Zara. She loves any kind of attention so even if the person has a needle in their hand, she’s still their friend.

She was whining a lot while we were waiting because we were keeping her on a short leash and not letting her talk to any of the other dogs. She was quite upset that we were interfering with her socializing plans! After a while, we were called back to the exam room. The vet said everything looked normal and she was growing well. She’s already up to 18.5 lbs.! Zara didn’t even notice when the vet gave her the shot because I was feeding her a biscuit. Food is a good distraction for her. ;)

Tonight we are going to a friend’s place for New Year’s Eve and Zara’s buddy Jax will be there. Hopefully they will tire each other other running around again!