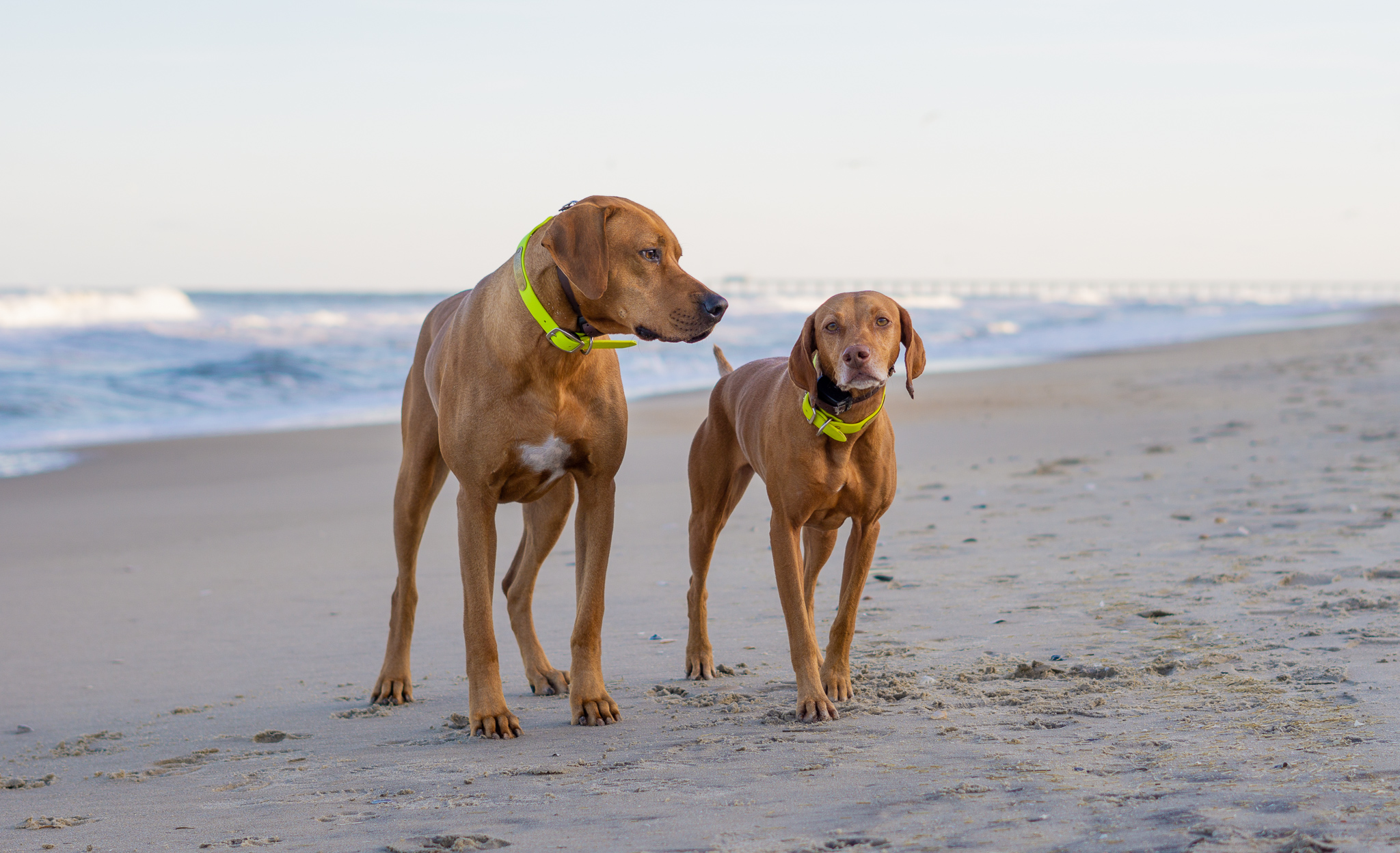 Things to Consider When Getting Another Dog

Recently, I’ve had several people asking me when I’ll be getting a new puppy. Zara is almost eight, and for many of the performance dog people I hang around, eight is practically over the hill. However, I’m not quite ready for another dog, although eventually I will want one. I still have some goals I want to accomplish with Zara (and Colombo) and I won’t have the time to devote to a new puppy until I’m finished with those. Puppies are a lot of work.

Luckily, in some ways, getting another dog is easier than getting your first dog. There are a lot of things and knowledge that has to be acquired when you get your first dog. By the time you are getting a second or third dog, you probably have many of the things you need and know a lot more than you did before you became a dog owner. But adding another dog does require that you consider several things.

Probably the most important thing to consider when adding a second dog is your current dog. Does he or she get along with other dogs? If not, then you may want to reconsider whether it’s a good idea to get another. However, even if your dog has behavior issues or reactivity with certain dogs, it doesn’t mean that you can’t find a match that will work well. For example, Colombo (who is intact) does not get along with other intact males, especially large-breed intact males. Adding another adult intact male ridgeback would be way too much drama for me to deal with. But he’s fine with female dogs, so our next dog will likely be female.

Before we got Colombo, my husband and I discussed what breed we should get. He didn’t want another vizsla, but we both liked shorthaired, medium to large-sized dogs. One of the biggest factors we considered was energy level. Part of the reason we wanted to get a second was to entertain/tire out Zara. Getting a breed that is known to be super lazy, such as a pug or a Basset hound, was not going to work. Although Chris wanted a dog with less energy, it still had to keep up with Zara. Four years later, I can say a ridgeback and a vizsla are generally a good match. However, although she is nearly twice his age, Zara runs circles around Colombo.

We needed our second dog to be able to keep up with the crazy vizsla energy.

The additional expense that multiple dogs bring can be a limiting factor. After all, you still have to pay for food, medical bills, and preventative treatments for any dog that you add. But there are many smaller things you won’t have to buy with a second dog. You probably only need one water bowl and one comb and if you already have a couple of dog beds, you might not need to buy another one. Therefore, I wouldn’t say that the cost of a second dog is double. But it is probably close. A while ago, I calculated approximately how much money I had spent on my dogs over their lifetime. It’s not a small amount.

How much time do you have to devote to a second dog? This is one reason I want to wait to add another. A new dog, especially a puppy, requires a lot of dedicated training for the first months to years. However, once you have one dog, your lifestyle is probably already set up for regular exercise and training periods, so that won’t be too much different. You can certainly walk or run two or more dogs at the same time. Not everything can be done as a pack, though. One thing I wish I had done differently when Colombo was a puppy was to take him on more solo outings. Although part of it may be genetics, he is not as confident as I would like and I think that’s partially because spent so much time with Zara and relies on her more than is probably healthy. 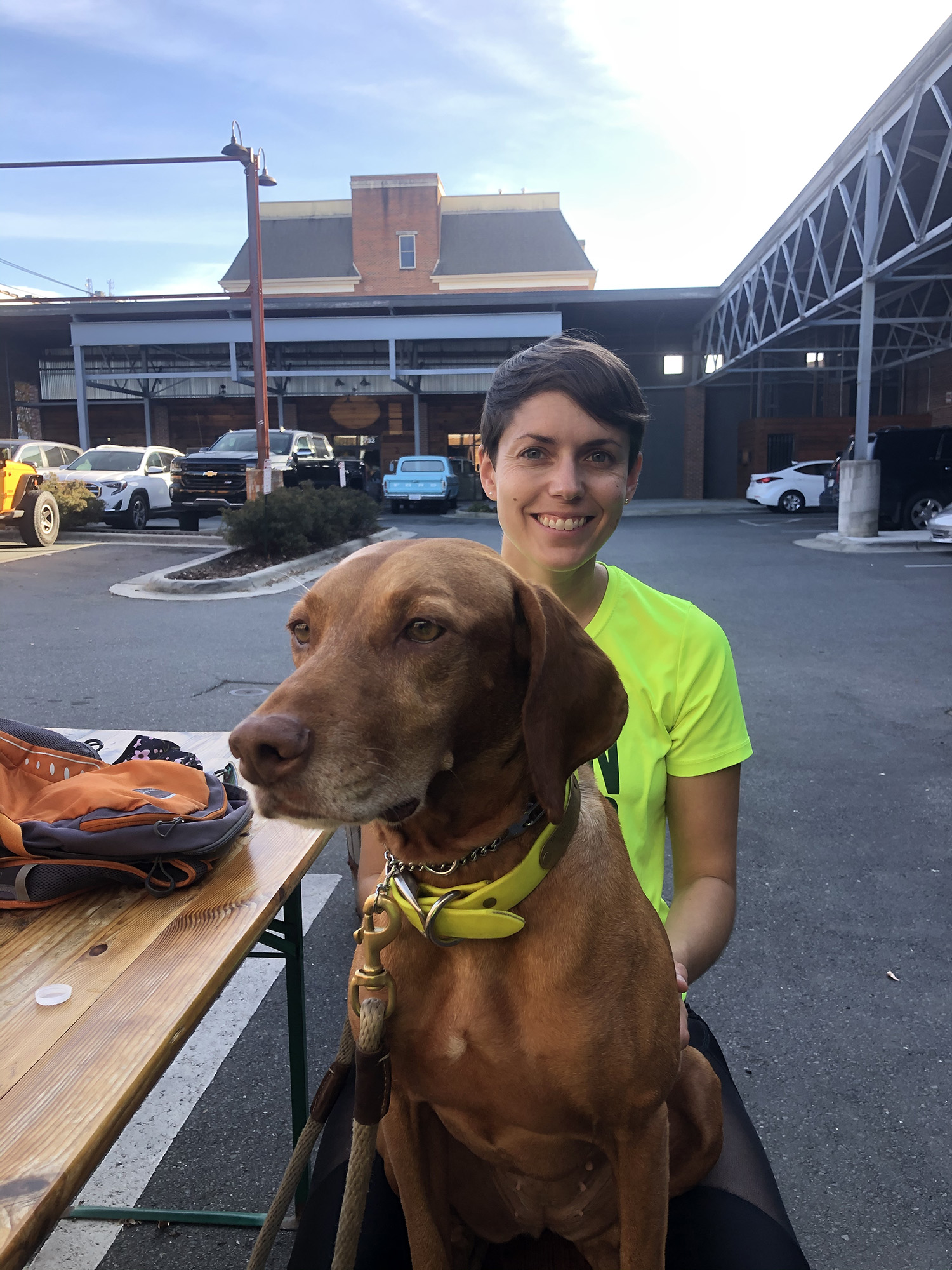 Zara and I hanging out at a brewery. 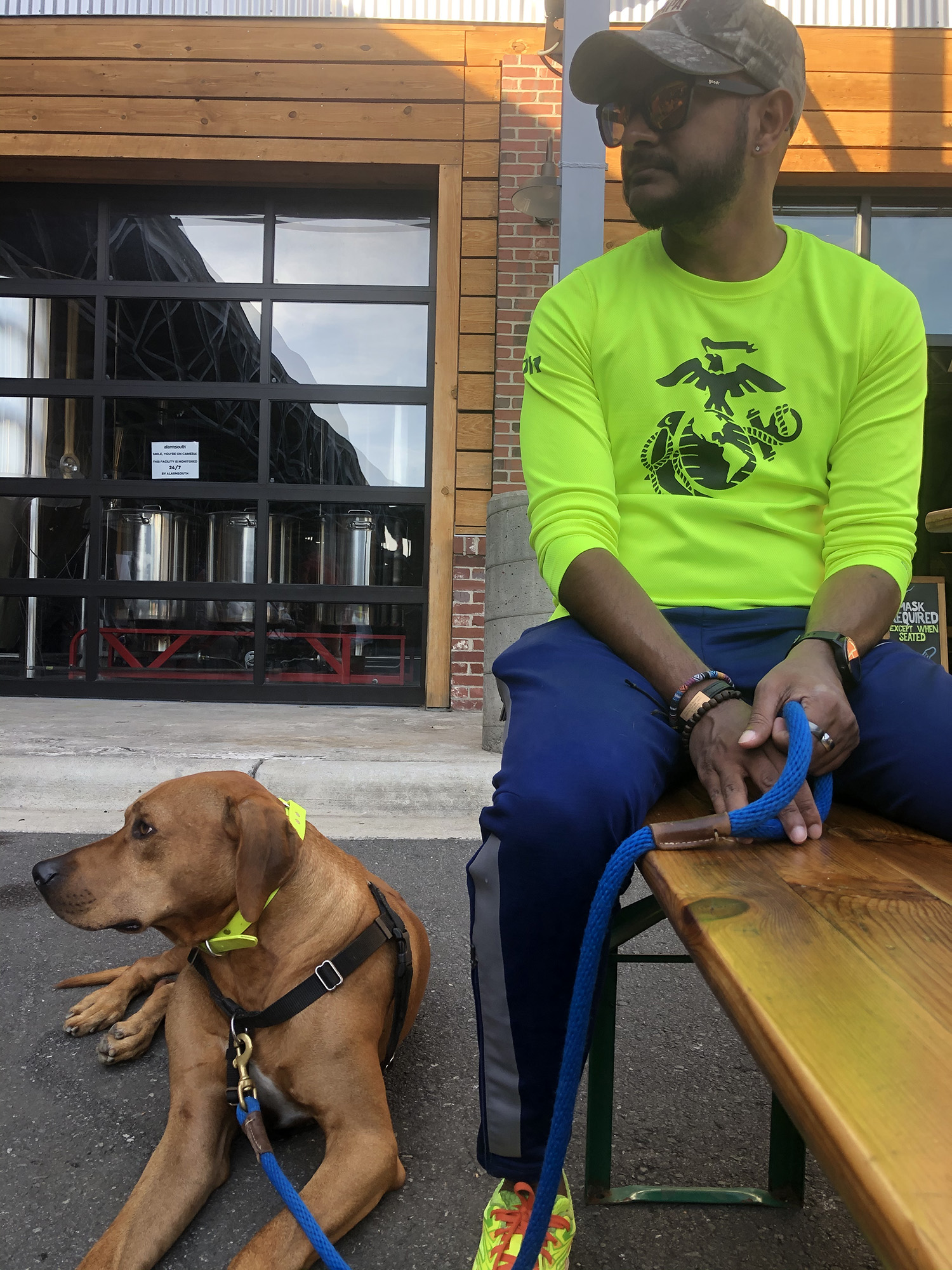 We were all matching, but I don’t think that was planned!

How will adding a second dog impact your daily life? For me, I like to go places with my dogs and I don’t want to leave one at home. Because I am often going out in public alone, I cannot handle more than two dogs on my own. Navigating Lowe’s or a brewery with two dogs is hard enough. I can’t imagine doing it with three.

While most of the general population probably spays or neuters their dogs around six months of age, that is changing in some circles. Studies are showing that waiting to neuter until after the growth plates are closed, especially in large-breed dogs, helps prevent certain types of cancers as well as CCL tears. Additionally, performance dogs are likely to be intact. If you are going to have intact dogs of the opposite sex, it’s important to think about how you will deal with it when the female is in heat.

I do know people who own both intact male and female dogs and successfully keep them apart while the female is in heat twice a year. I personally don’t think that’s something I would want to deal with long-term. However, I could probably do it for a year or two, because I would want the female to have a few heat cycles before spaying her. 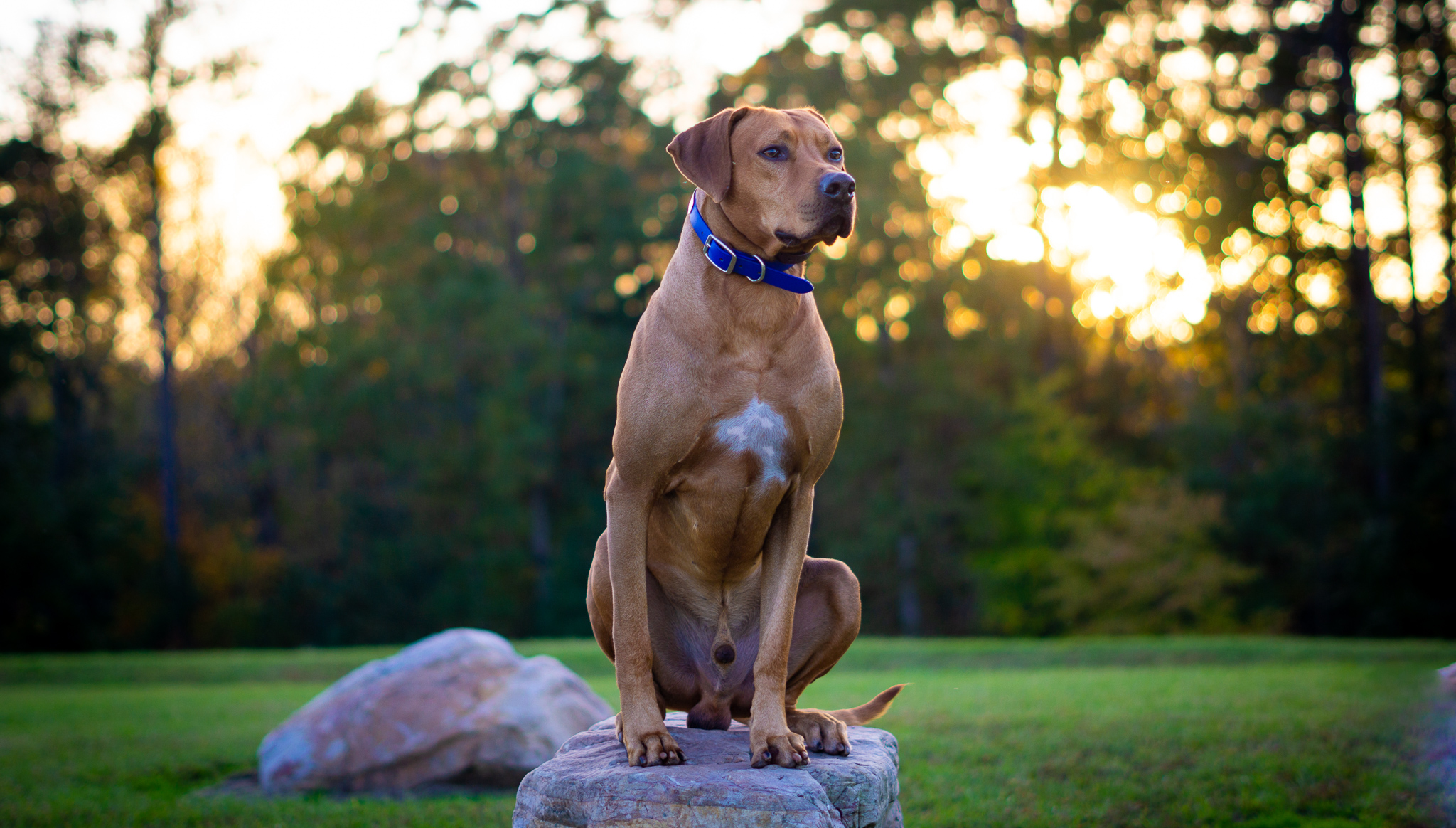 Colombo is intact and will be for the rest of his life unless there is a medical reason to neuter him. 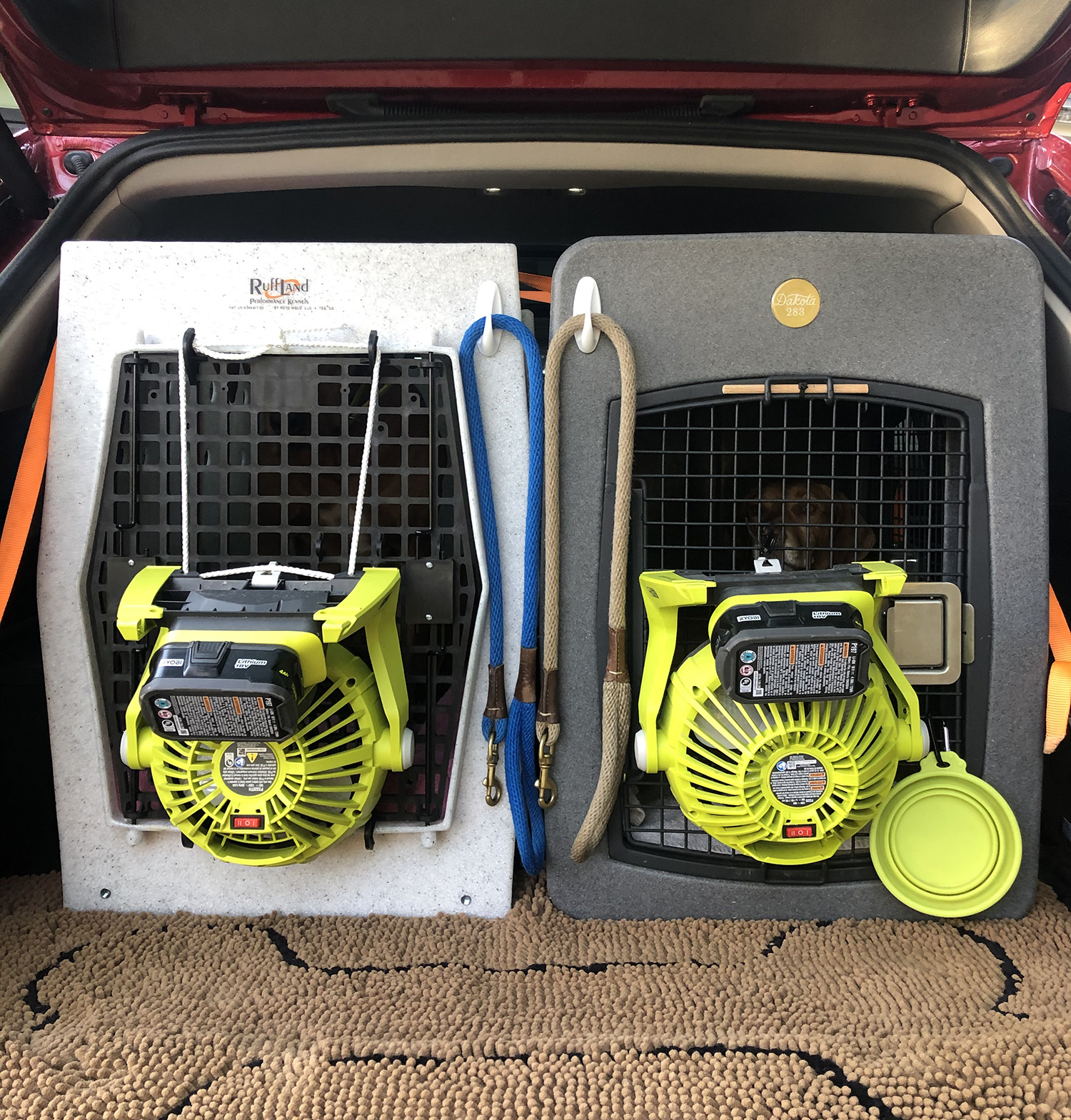 Zara and Colombo’s crates in the back of my car with their Ryobi fans.

Considering how much you travel (or not) can be an important factor when thinking about adding a second dog. This is one of the limiting factors for me. Chris and I like to travel a lot, and we often bring the dogs with us. Depending what kind of vehicle you have, you can only fit so many dogs in it, plus all the other junk that is required for a road trip or vacation. My new car is set up so that Zara and Colombo’s crates are permanently in the cargo area. While I could fit a third (or even fourth) crate, I wouldn’t have room for anything else.

Traveling is pretty manageable with two dogs, but I think it would get more complicated with three. If you are staying a hotel, you have to look at the pet policies. Some hotels allow a max of two dogs per room. Some allow only one. Then you also have to think about places you are visiting and how easy it will be to walk around, go out to eat, etc. with more than one dog.

If you do performance activities with your dog (hunting, agility, conformation, dock diving, etc.), your decision to get another one may be influenced by your hobby. I love to compete with my dogs and I wouldn’t want to go a long period of time without being able to do so. Therefore, one of the things I have to think about is when my dogs will need to be retired. Ideally, I would get another puppy before Zara and Colombo are too old to compete. A lot of people that hunt with their dogs think about this too. It can be ideal to have dogs spaced three or four years apart, so that a younger one is fully trained by the time the older one is retiring.

Having more than one dog is a lot of fun. More work, too, but more fun for the most part. Are you thinking of adding a second or third dog to your family? What were the most important factors to your decision? Let me know in the comments.