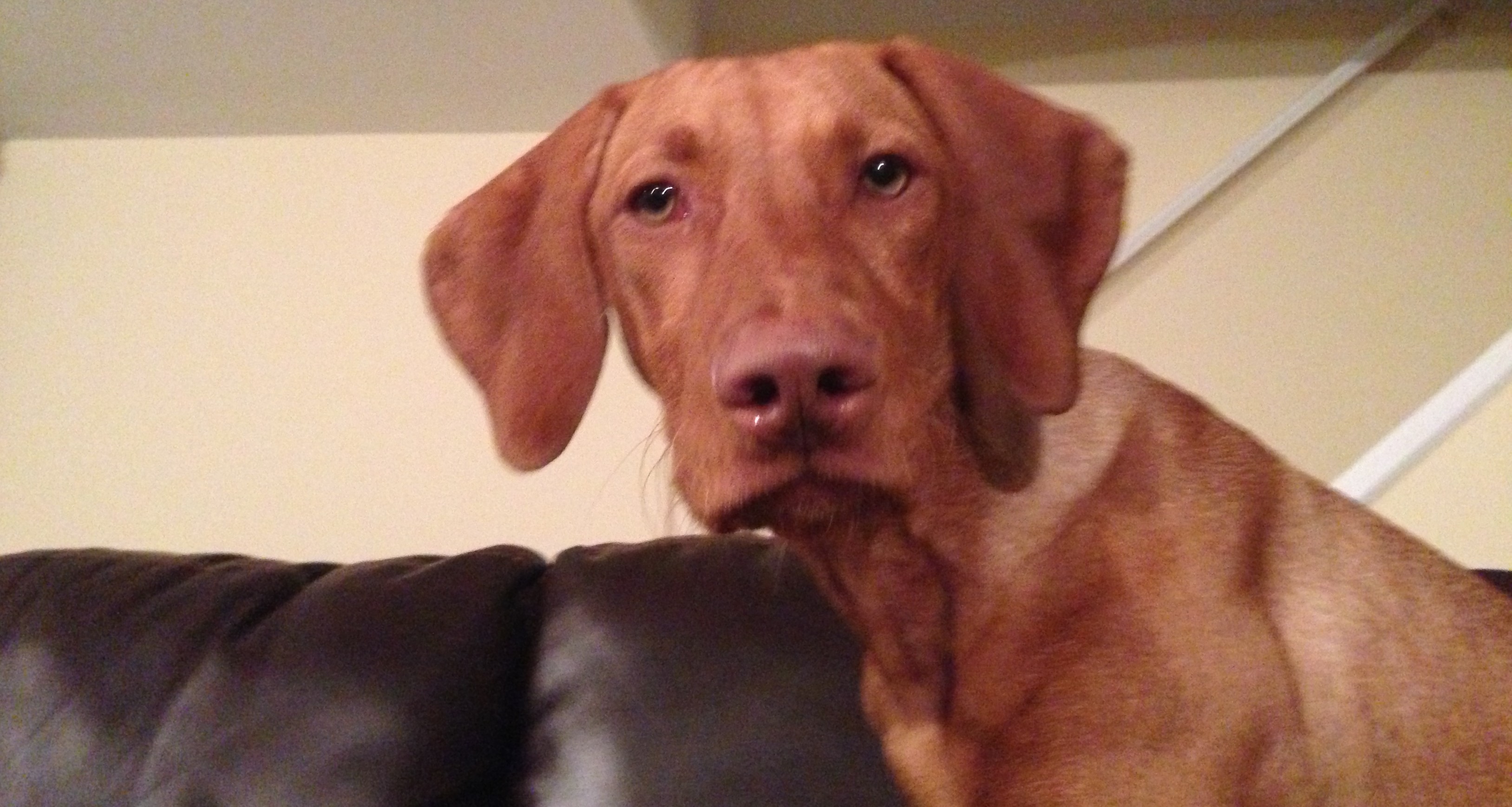 Zara in the waiting room on one of our many trips to the vet.

The past couple weeks have been somewhat challenging for us.  A while ago, I posted that Zara had gotten kennel cough. We had gone to the vet on a Friday night and gotten antibiotics for her to take. The vet told us to avoid the dog park until she stopped coughing. By Monday, her cough was gone so I took her back to the dog park on Wednesday. By Friday, she was coughing again (during the day and in the middle of the night) so we got worried again, especially because it was more of a wheezing cough than she’d had before. I spoke with the vet on Saturday and they suggested either extending the antibiotics she was on or bringing her in for a chest X-ray to make sure nothing serious was going on in her lungs. We decided to get another week’s worth of medicine since it didn’t involve another $100+ vet visit and just picked it up on Saturday afternoon. By Monday, she was still coughing, so we decided to get the X-ray just in case it was something serious. Of course, that cost $250. The vet said there was some stuff in her lungs but nothing serious (not sure how they can tell that via an X-ray). Finally, Zara’s cough went away by the weekend. I finally (cautiously) took her to the dog park yesterday.

It’s been frustrating not being able to take her there because she has so much energy and no place to drain it. Walking does not do the trick and our backyard is tiny, so the only other option is to play endless games of fetch/tug-of-war in the house and hope she doesn’t get another injury leaping over the couch. It rained the entirety of last weekend, so we couldn’t even go hiking. Let’s just say an unexercised vizsla puppy = unhappy vizsla parents.

It’s also been frustrating how often she’s been sick. She’s been sick for the majority of the past two months with the kennel cough, yeast infection, and an earlier upper respiratory infection. We did get pet insurance after the yeast infection vet visit because the cost is just getting out of hand. It’s a minimum of $100 every time we go. When I was in elementary school, I wanted to be a veterinarian when I got older. Clearly I should have stuck with that goal!

In other news, Zara graduated from her Puppy Basic class last night! We’ve been attending the class for the last six weeks and have covered sitting, down, socialization, mouthing, jumping up, come/recall, and loose-leash walking (somewhat). She is now very willing to get into the “down” position and is good at recall (at least inside). The trainers approached recall a little differently and instead of using the word “come,” had us condition a word that had no meaning to our puppies. Their reasoning was that everyone had been using “come” for a while, but our dogs don’t always come when the word is used, therefore its meaning gets watered down. Instead, we conditioned the word “party” to mean “come.” Who does love the word party? :)

To start, we conditioned the word for about two weeks. Every day, we were supposed to say the word in an upbeat tone and then drop a bunch of treats on the floor in front of our dog. The trainers wanted the dogs to learn that “party” means “treats rain from the sky.” Zara gets super excited every time we do it and her tail is wagging as she frantically tries to eat all of the treats.

After the word started to mean something, we started running about 5 steps away from our dogs and then saying, “Zara, party!” Of course she would come right away, waiting for her treats to rain down. Then we progressed to doing it in a hallway with Chris and I on either end, alternating calling her. After several weeks of practice, she is definitely eager to respond when she hears “party!” I haven’t tried it outside yet, but I want to keep strengthening the association with treats before I do that. We still use “come” most of the time, but “party” is reserved for special occasions when I really need her to stop what she’s doing and come to me. 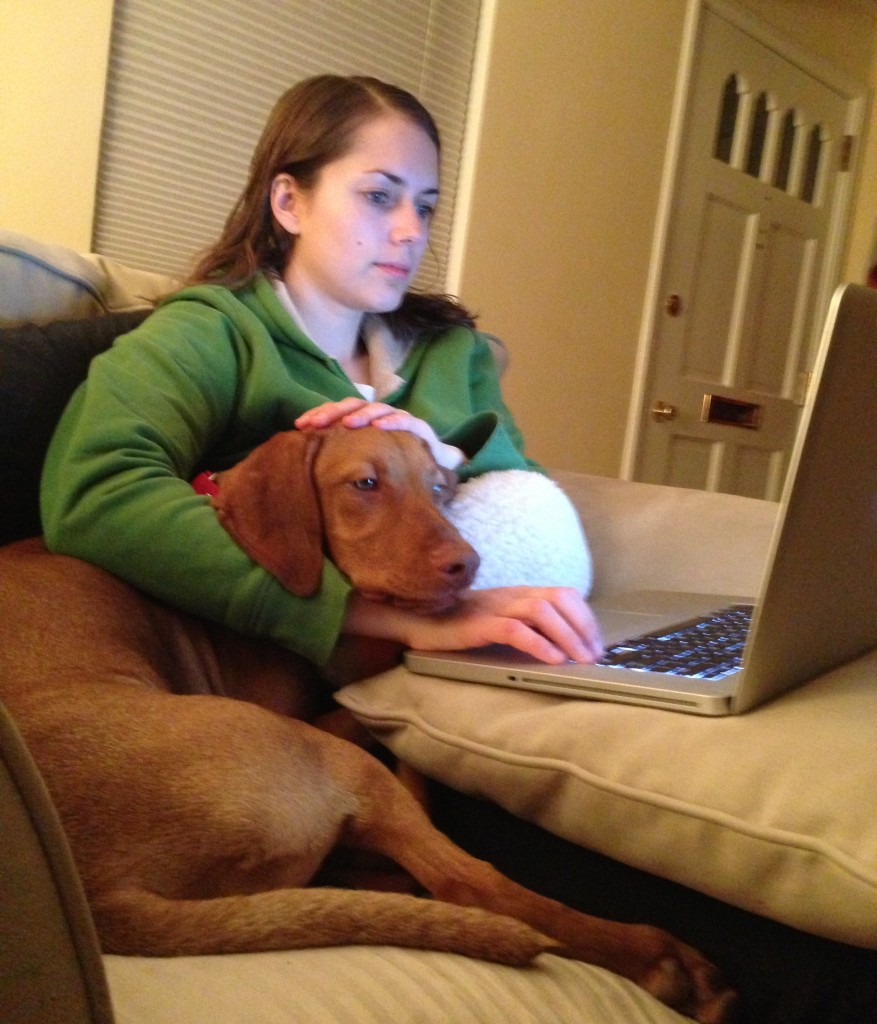