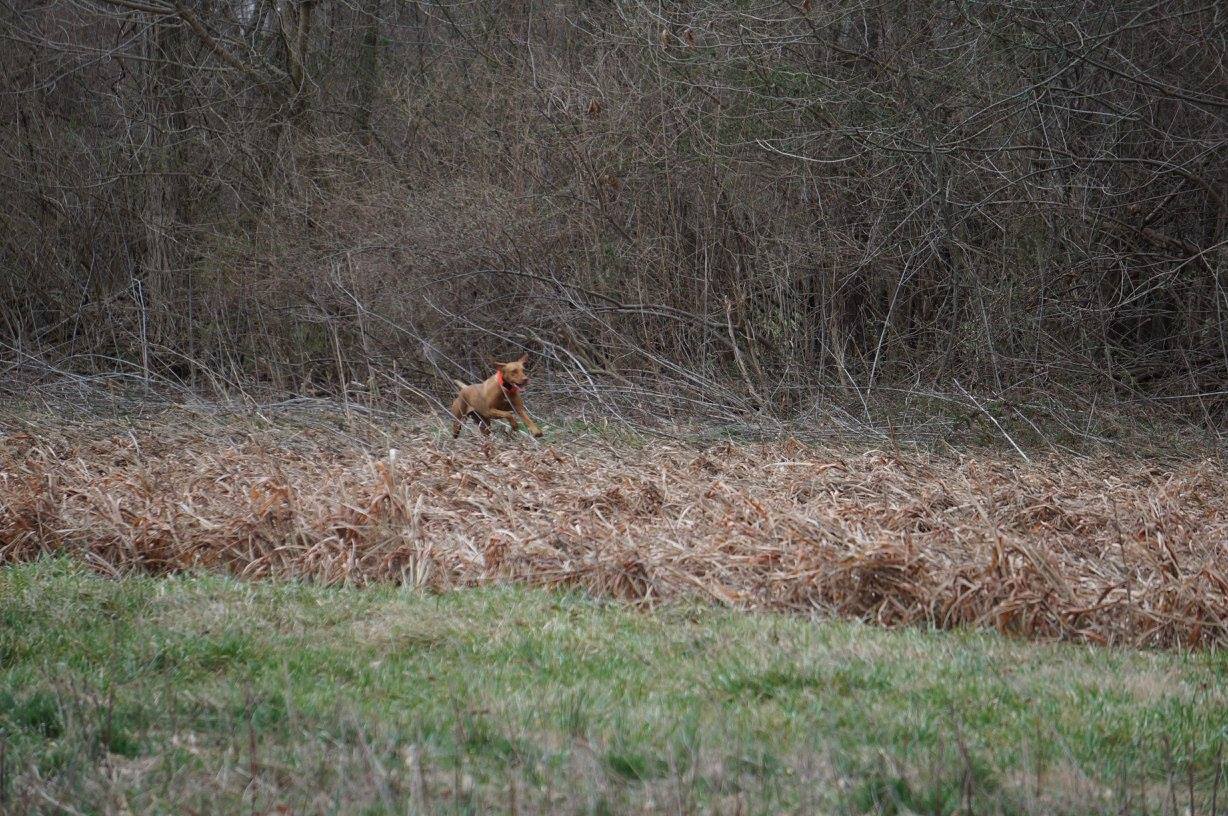 Note: This is another delayed post. After this one, I should be caught up!

In March, Zara earned her AKC Junior Hunter certification! She was able to complete it at the Mason-Dixon GSP Club’s spring hunt test. It was held at McKee-Beshers Wildlife Management Area. We’d done some bird training there twice before, although the hunt test was held in a different part of the WMA. There were a few vizslas there, but mostly German Shorthaired Pointers and other pointing breeds. 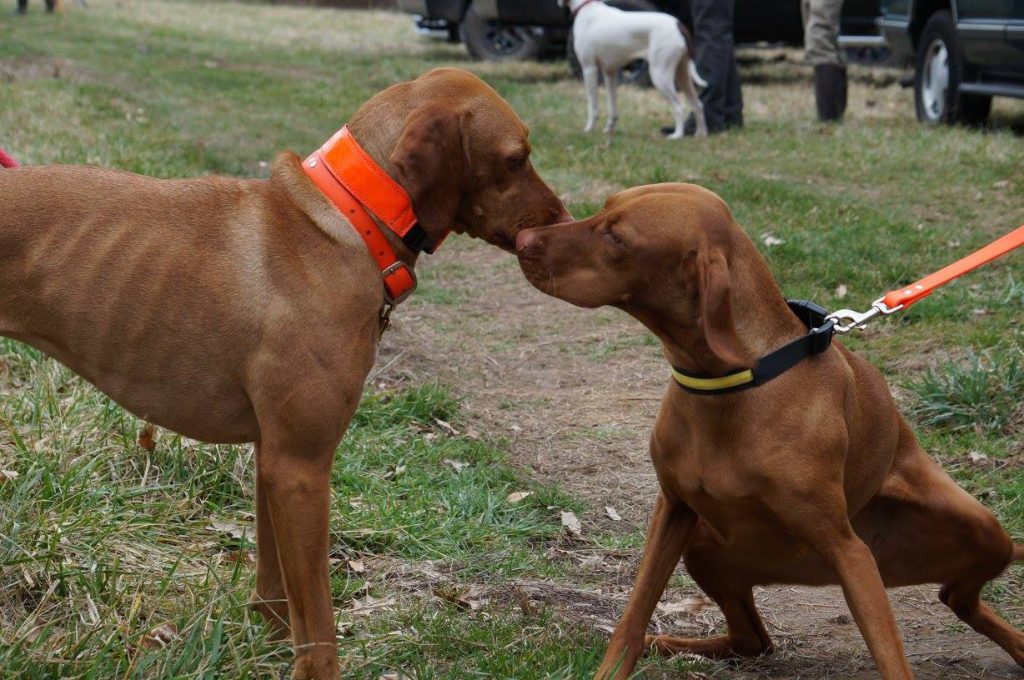 Zara greets another vizsla while waiting for her turn to run. All photos by my sister Allison.

This was a double hunt test, so they had sessions for Junior Hunter in the morning and afternoon of the same day. The weather was cooler than the hunt test in the fall and it was also slightly rainy. But it was better for Zara that it was cool.

In her first brace, she ran early in the morning with a German Shorthaired Pointer puppy. She found several birds and ran well. In the afternoon, she was paired with a Wirehaired Pointing Griffon who was new to the hunt test world and did not qualify. Again, Zara ran pretty well, but about halfway through the test, she found a quail in the woods that was injured or tired and it wouldn’t fly. I tried to get her out of the woods but she was not listening to me and just wanted to play with it or eat it. Because of this, I think we got docked in trainability but her scores were still 9’s and 10’s. Her AKC name is now officially Trailside’s Tzar of Fairlington JH. 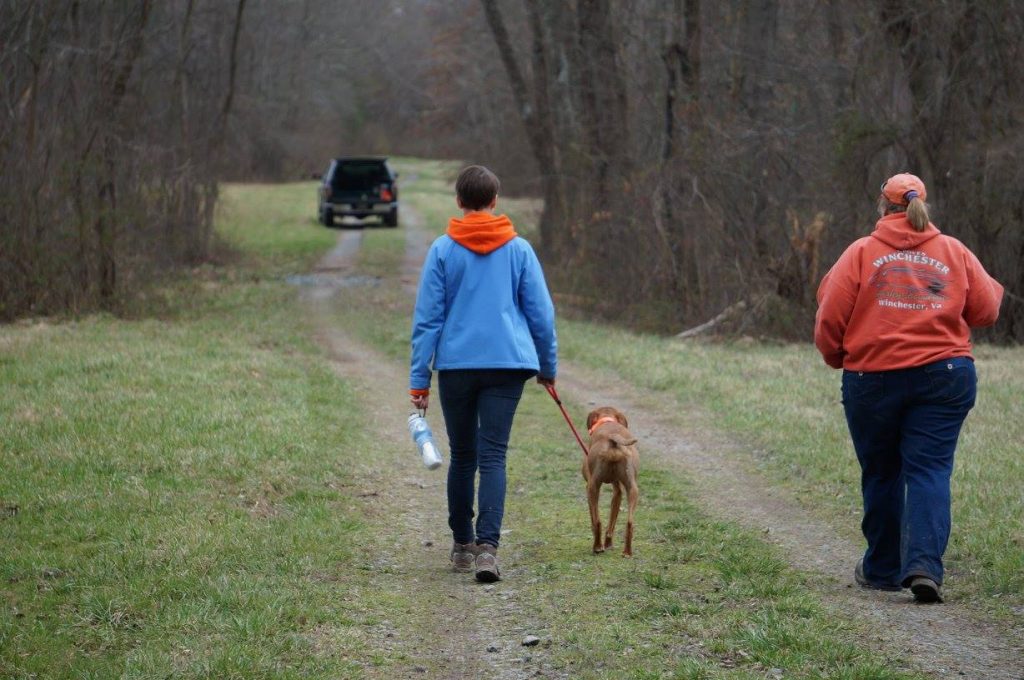 Walking to the line with Jane. 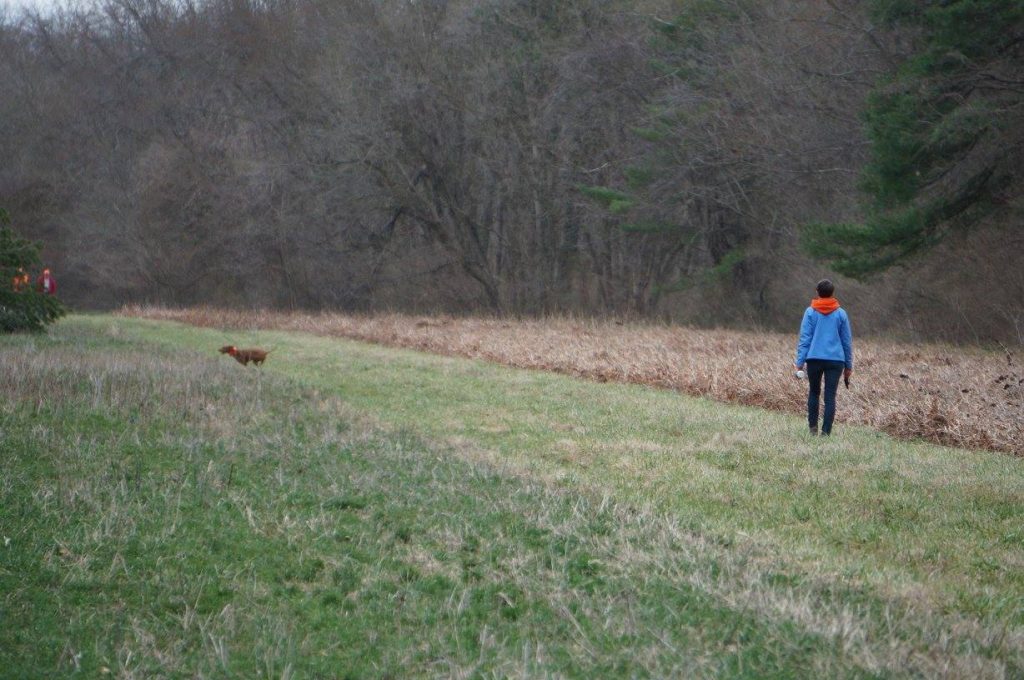 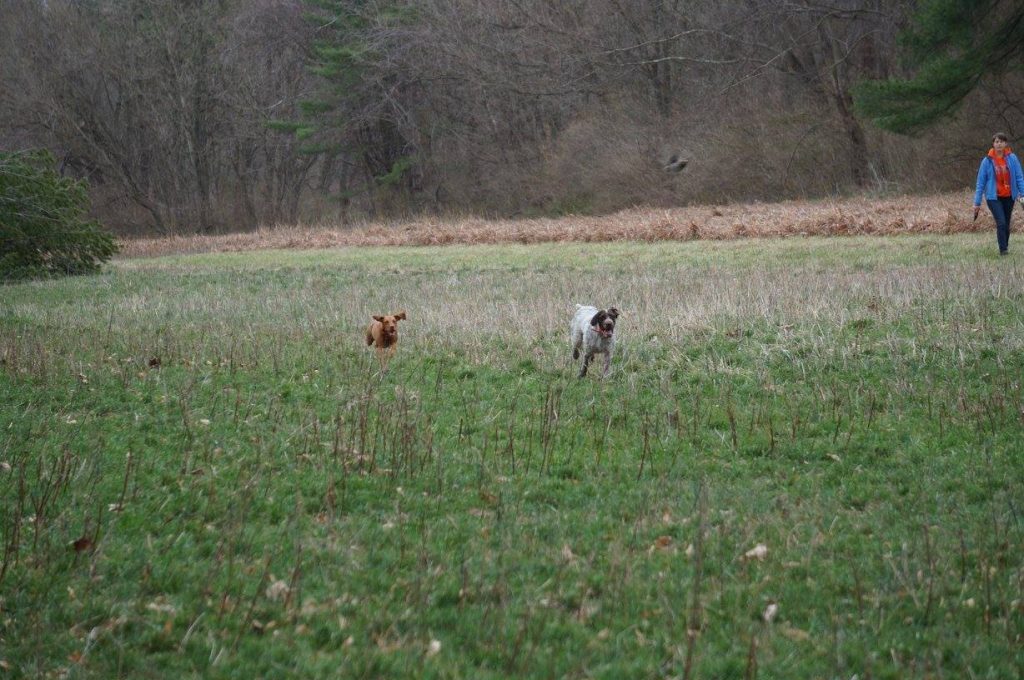 Zara also had quite the cheering section that day. Chris, my parents, my sister, and our breeder Jane all came to watch Zara hunt. Now we are trying to decide what to do next. I think the main thing is to train her to be “steady” so that she does not move when the bird flies, until I give a release command. If  we work on this training, then we could do field trials in the fall. I’m not sure I want to try for her Senior Hunter title, because that involves retrieving which means I have to shoot birds. I am already hesitant enough with the blank pistol, haha. 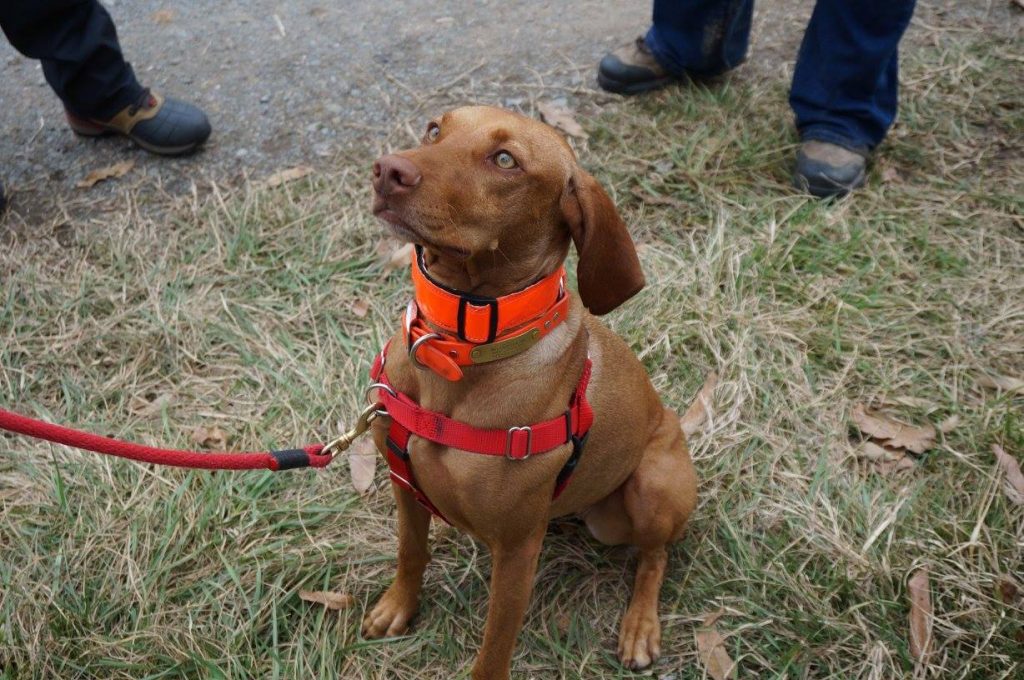 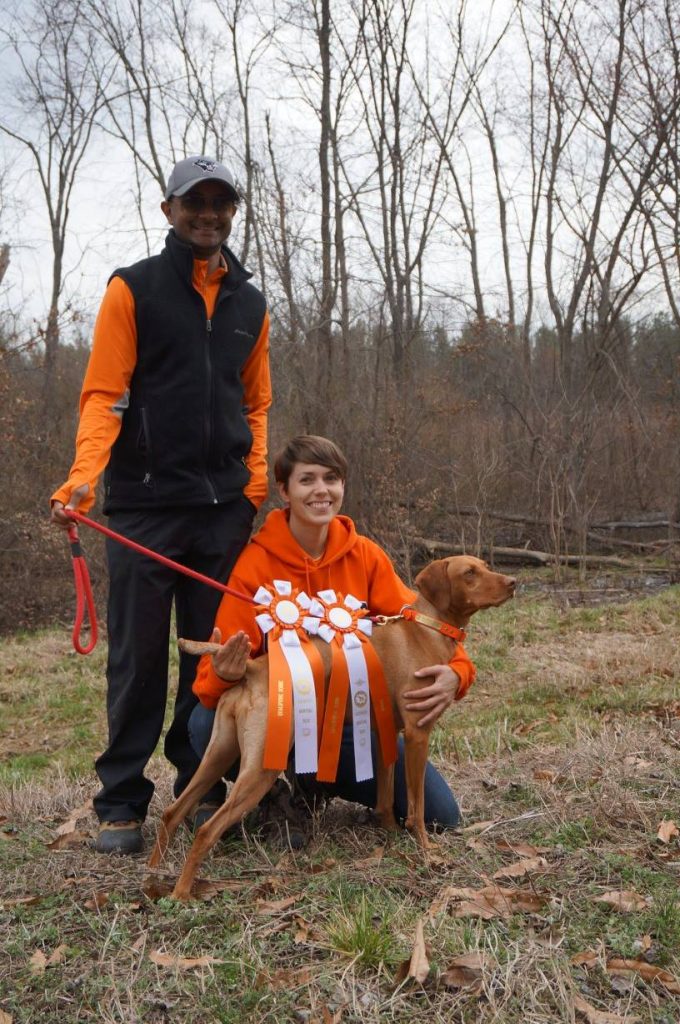