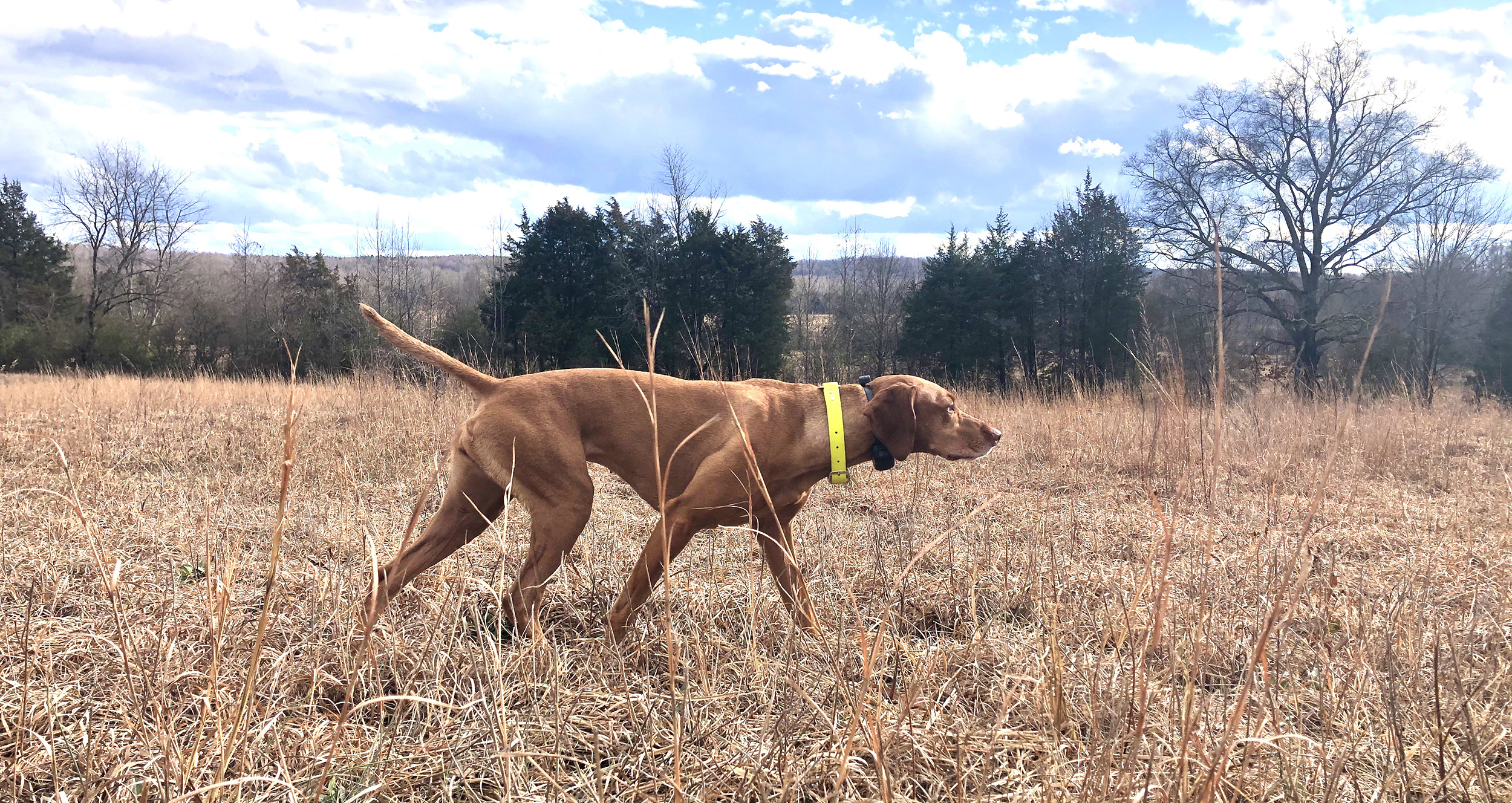 How to Find a Place to Train Your Bird Dog

Sending a dog to a reputable trainer is the solution for many people. But I didn’t want to send Zara away for months. I was also interested in training her myself. So if you’re looking to get started training your bird dog, below are some options to consider.

Depending where you live, you may have some professional bird dog trainers located within a reasonable difference. Even if you don’t want to send your dog for boarding, some trainers offer lessons and will train you and your dog for an hourly rate. This can be a good option if you’re able to visit them once a week or a few times a month. In order to keep a good momentum, you probably want to make sure you can go fairly frequently. This would be a great option for someone who doesn’t feel comfortable making a training plan themselves.

There are clubs for specific hunting dog breeds all over the country, for example, the Conestoga Vizsla Club located in Virginia/Maryland/Pennsylvania or the Tarheel Weimaraner Club, located in North Carolina. Some clubs have their own grounds  and that can be a good resource to meet like-minded people. However, in my searches, I found that there were not any locally that had this sort of setup. The exception was the Sandhills Pointing Breeds Club, in Jackson Springs, NC. This organization has their own property, pigeon coop, and quail coop. I seriously considered joining their club a few years ago, but given that it was an hour and a half drive from my house, I felt like I couldn’t justify it.

Privately-owned hunting preserves will certainly have plenty of birds, at least during hunting season. It’s possible that they may allow people to bring their dogs to train or have an established program for dog owners. One example of this is the Orapax Hunting Preserve in central Virginia, outside Richmond. They allow people to pay a monthly fee to access their grounds. I actually visited this property in January when I was staying in Richmond for a dog show. I had both Zara and Colombo with me and wanted to go somewhere where they could run around for a while. I paid the daily fee and put out a few pigeons for Zara.

Zara pointing a pigeon at the Orapax Hunting Preserve in Virginia earlier this year.

I believe that all states have some sort of gamelands or wildlife management areas (WMA) that allow hunting. If one of these properties is close by, it’s worth checking the rules to see what they allow. Some states may have established dog training areas or allow you to bring pen-raised birds onto the property. Unfortunately, this is not the case in North Carolina. I wish it was, because I live very close to a gameland.

Maryland, on the other hand, does have a property that allows this. McKee-Beshers Wildlife Management Area is located in Poolesville, MD and has a large dog training area. This is the place Zara’s breeder and I went when we first exposed her to birds when she was young. You are allowed to release pen-raised birds as long as they are tagged/marked. While you will need more of your own equipment to train at a WMA, this can be a good option if you live nearby.

Some landowners or farmers allow a certain number of hunters to pay a fee to hunt on their land during hunting season. It’s possible that a landowner may be willing to allow you to bring birds to their property to train your dog. This is another option that would require more of your own equipment and birds, but may be feasible if the WMAs in your state don’t allow dog training. They can be expensive, though. I found one fairly close to Raleigh, but the dues were more than I was looking to spend, considering that I would have to bring everything else to the land myself.

I’ve written a lot about my involvement with the North American Versatile Hunting Dog Association (NAVHDA). If you have a puppy or are just getting into pointing dog training, finding a local NAVHDA chapter can be a good place to start. Most chapters hold monthly training days and allow access to live birds and a community of dog people. I’ve thoroughly enjoyed being a NAVHDA member, even though I was initially convinced I didn’t want to go through their vigorous testing!

For about two years, NAVHDA training days were almost exclusively the only chance I had get Zara on live birds. We did plenty of training at home and elsewhere, but a bird dog needs birds. While I made do with this situation, it was not ideal. To get your dog to the higher levels of steadiness and finished dogwork required for the NAVHDA Utility Test and Master and Senior hunt tests, it is better if you can train more frequently and have more time to fix things than it sometimes possible in a group environment.

While many breeders only breed occasionally and don’t have large properties, others may do some dog training themselves and have the space to do it. Even if a breeder doesn’t have an established “bird dog club”, it’s worth asking if they would consider allowing you to access their land for an agreed upon fee.

A tip from a NAVHDA friend led me to Cripple Creek Kennels in December of last year. After visiting their website, I saw that they host the Cripple Creek Gun & Bird Dog Club at their property. It was only 45 minutes from my house, which seemed doable. I reached out to the owner, Jody, and went to visit at the end of the year. Jody owns 35 acres and has a pigeon coop, quail in season, bird launchers, and other training equipment. He and most of the members are very involved in NSTRA (National Shoot to Retrieve Association) field trials, which is a somewhat different bird dog “game” than NAVHDA or AKC (my post about bird dog trials goes into some of the differences).

I signed up to be a member of the club immediately and I’ve been visiting his property about once a week since. Having consistent access to grounds, pigeons, and launchers has allowed me to work on concepts like stop to flush, honoring, and fixing creeping and steadiness problems.

Zara at the Cripple Creek Gun & Bird Dog Club earlier this year. Using their equipment has allowed us to work on things like honoring that would have been difficult before.

If you are not able to find a place to train your bird dog after considering the options above, you might think about doing it yourself. If you have some sort of backyard, even as small as a quarter acre, you can probably make this work. This would involve setting up a pigeon coop in your backyard and purchasing homing pigeons. Once trained, homing pigeons return to their coop, so you don’t have to worry about losing them.

You can purchase electronic bird launchers and use those in your yard. Even if you can’t shoot a blank pistol in your neighborhood, you can get a lot of steadiness work done in a small space with pigeons and launchers. I was starting to consider going this route, until I found Cripple Creek last year. Thankfully I did, because my husband was not too keen on the idea!

I know firsthand that finding a place to train your bird dog can be difficult and frustrating. There may not be an easy or clear option. You may have to be willing to pay a little more than you anticipated or drive a little further. But I think this list is good place to start your research. Asking your breeder or other bird dog owners where they train or if they know anyone is also a great option. You never know what might turn up. If you have any suggestions to add to this list, let me know in the comments!

@colombotheridgeback is always creeping on Zara…

Back to the training grind! Doing some retrieve dr

After slacking off all summer, I’ve finally resu