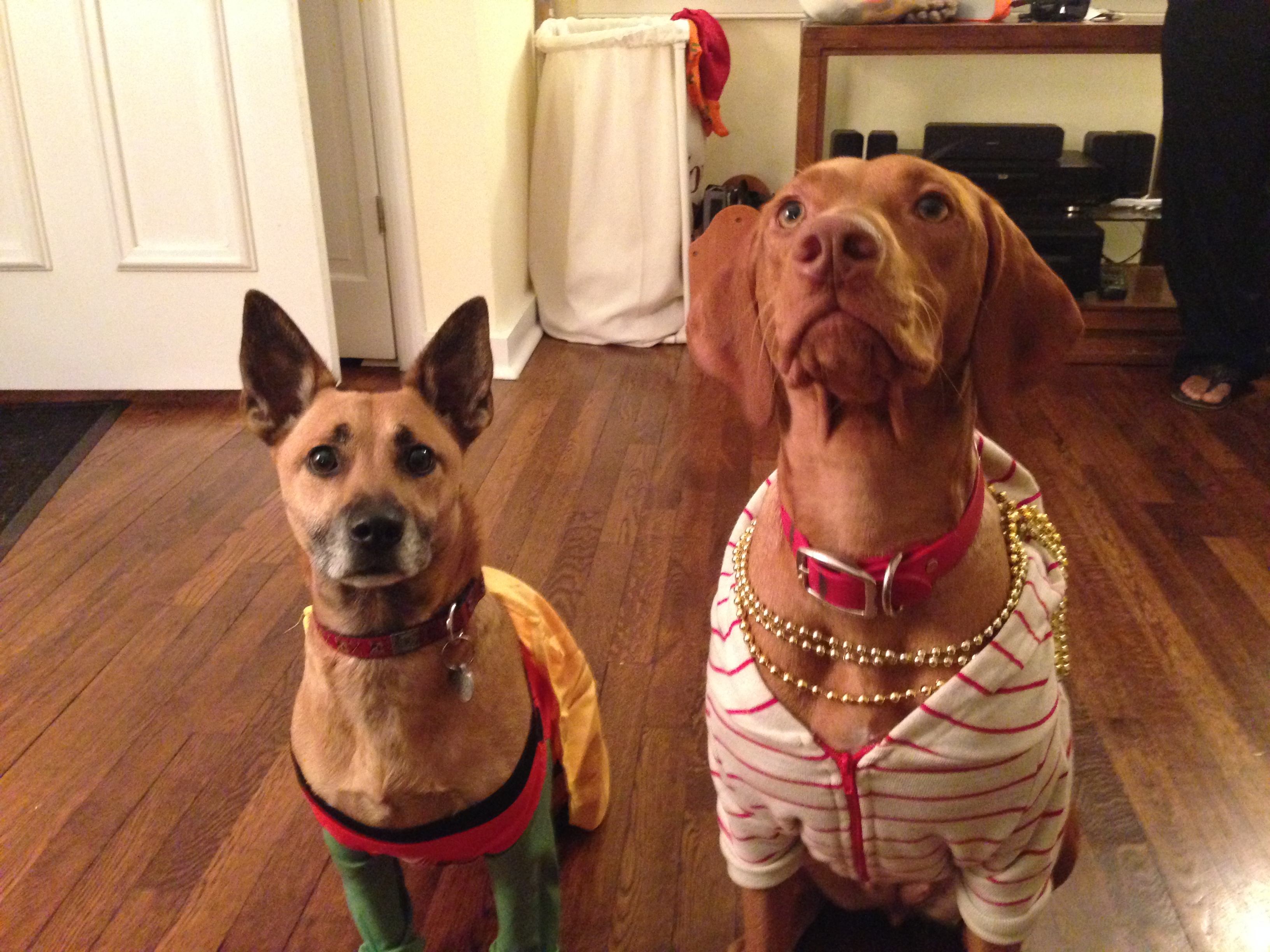 Zara enjoyed her first Halloween this past Friday. Technically, she was alive on Halloween last year, but since she was only about 3 weeks old, it doesn’t really count. Originally, we were going to dress her up as a pilot/Amelia Earhardt because she has the Doggles sunglasses that look like glasses pilots wore back in the day. I even found a cute pilot hat on Etsy. After I thought about it a little more, I didn’t think she would keep the hat on. Then I saw one of my fellow vizsla Instagrammers had purchased a red and white striped hooded sweatshirt for her dog, Ruby. It was so cute; I just had to have it. It’s actually from American Apparel and they have many colors and sizes.

So, instead, Zara went as a gangster/rapper/Snoop Dog. Surprisingly, she stayed still enough for me to take this photo! 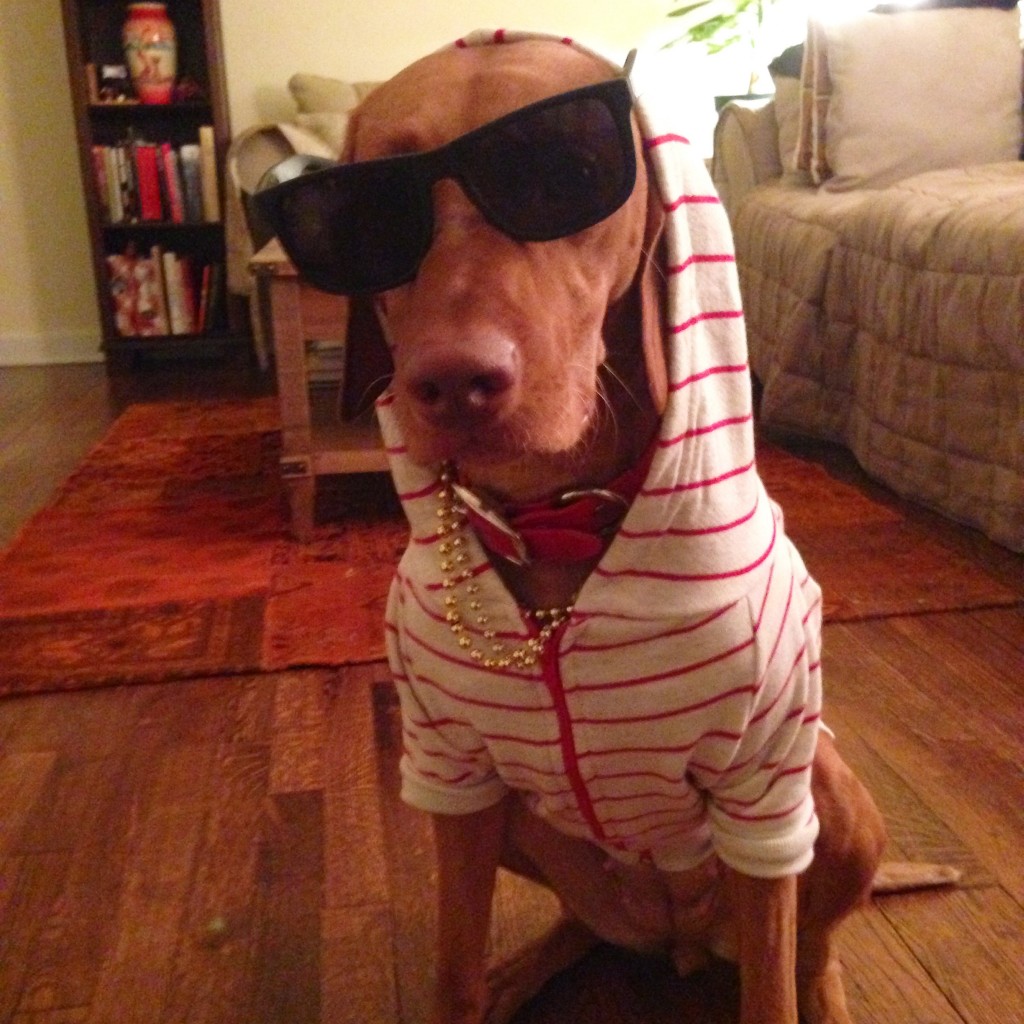 She can wear the hoodie at other times too and it looks super cute: 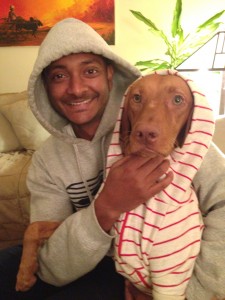 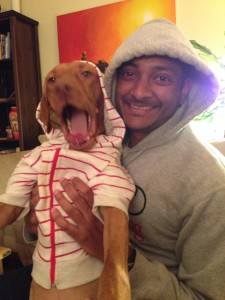 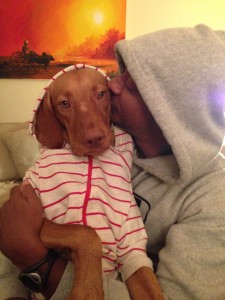 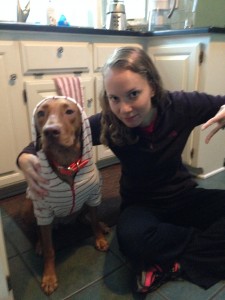 There are a bunch of kids in our neighborhood so we just stayed at home and handed out candy. Erin, Dave, and Jax came over as well, dressed up as Batman, Batgirl, and Robin. 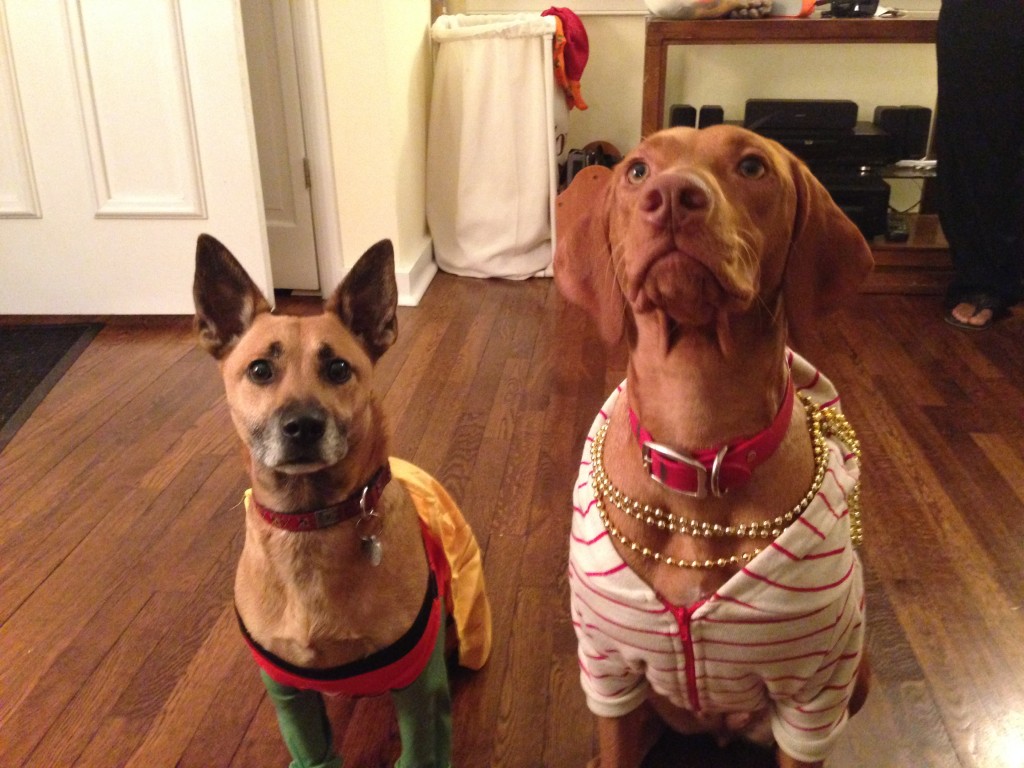 Zara wagged her tail every time kids knocked on the door but we didn’t let her out because she would have just tried to lick them and jump on them. We probably got about 15-20 trick-or-treaters the whole night, which was less than I was anticipating.

Hope everyone had a good Halloween!