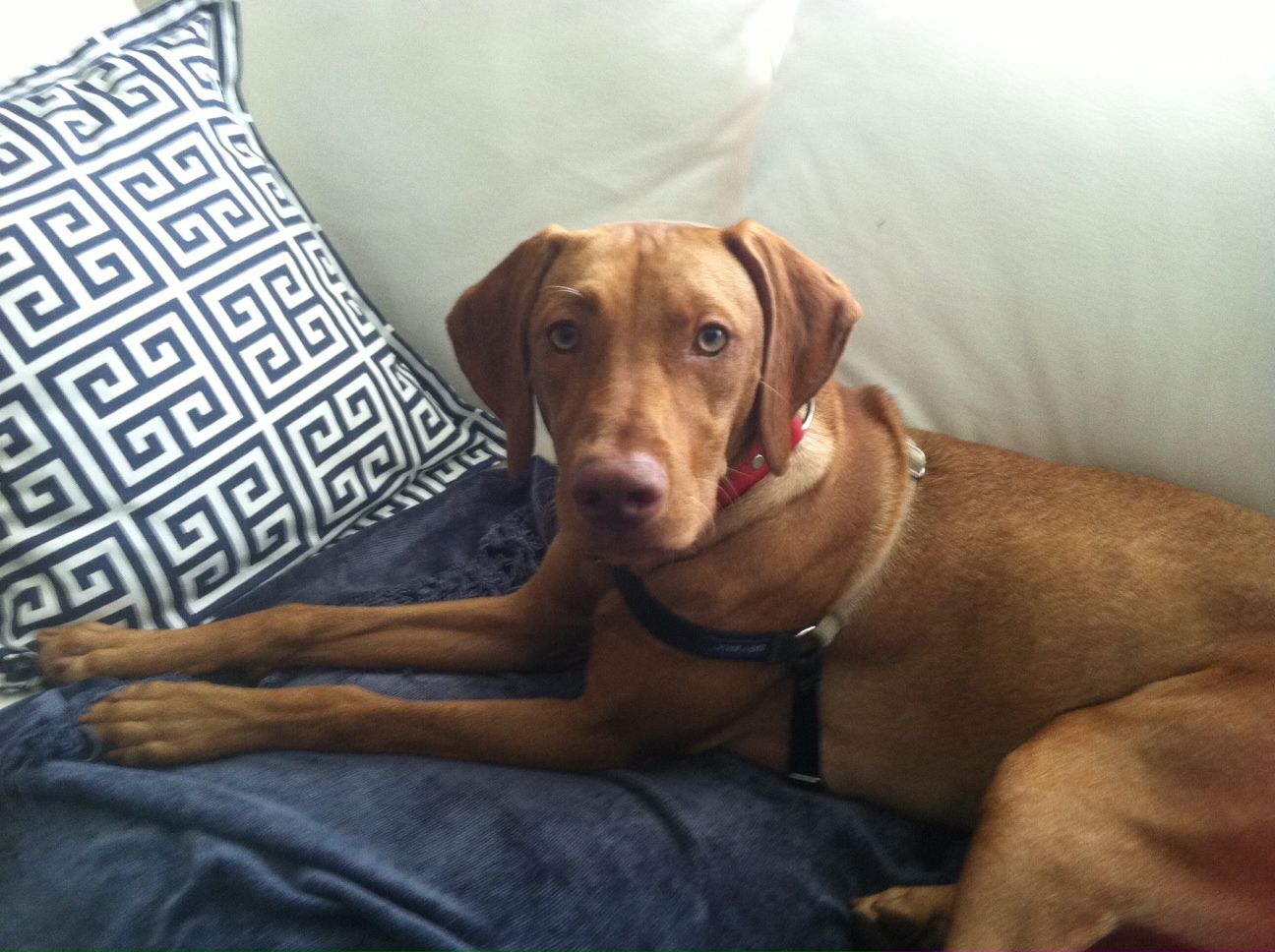 Zara and I took the Canine Good Citizen test this past week. As I mentioned in my previous post, I wasn’t sure that she was going to pass. As it turns out, she didn’t end up passing, but she was very close. The only item she “failed” was #10, the supervised separation. She was quiet for about 2.5 minutes while I was out in the hallway and then started yelping the last 30 seconds, which is not allowed. Although it is disappointing, I’m proud of how well she did on the other items.

Surprisingly, the loose leash walking was not an issue! We had to follow a little course around the training room that had signs for us to turn right, turn left, and do an about-turn. While we were walking, I spoke to her a lot and used my pointer finger to guide her eyes to where I wanted her to go. I’ve used that technique in conjunction with treats and it actually worked quite well during the test. The fact that the leash walking went so well made me very pleased.

She also was perfect every time I asked her to sit. We’ve been practicing “sit” a lot lately, and most of the time without treats, so that work has clearly paid off. She was also great at the “stay” part where I had to walk away from her for about 20 feet. We also practiced that a lot, so that wasn’t really a surprise.

She did pass the other items that involved interacting with people but in between test items she was getting excited and trying to jump up on the evaluator. They didn’t disqualify her for that but I really want to stop that behavior. She doesn’t do it to me or Chris very much but she will do it to new people if they don’t lean down and pet her right away.

We also had to attempt #8, the reaction to another dog, three times before she was able to do it. Zara just wanted to interact with the other dog, which was not allowed. On the third try (they were nice and let us attempt it three times), I commanded her to “stay” while I talked to the other handler and she didn’t move toward the other dog.

I think with a little more training and some focus on the separation part she will pass the next time we take the test. It was also helpful to do it because now I know what to expect. Woofs gives it again in April, so we will try again then.