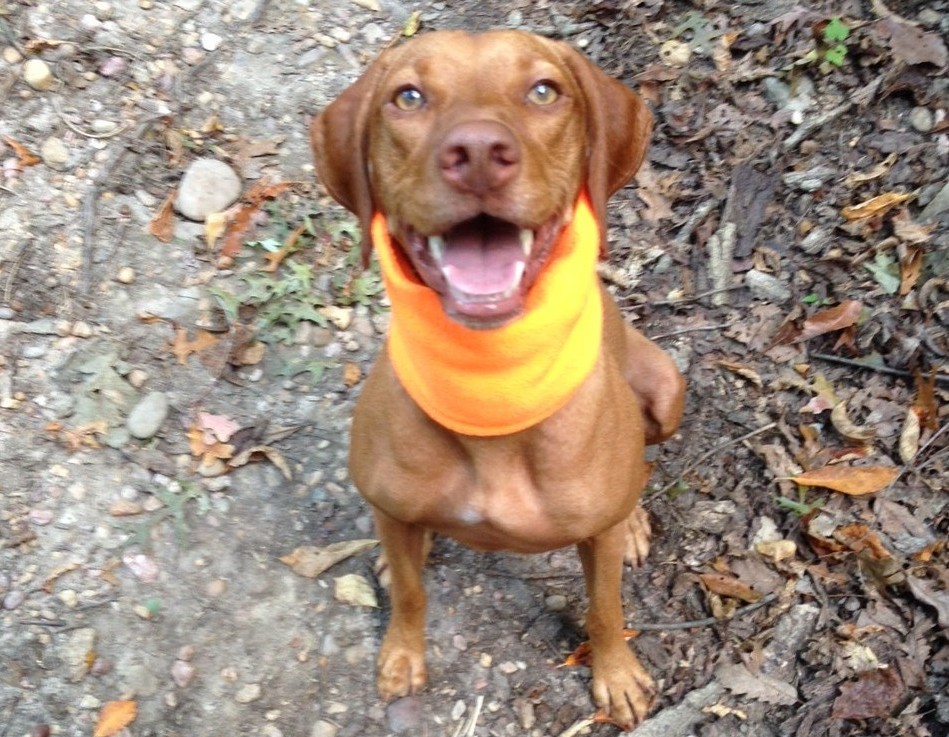 In a previous post, I mentioned that I would like Zara to pass the Canine Good Citizen (CGC) test, which certifies that a dog is sociable and friendly among people, other dogs, and in public places. I specifically want Zara to earn this certification because it is the first step in her becoming a therapy dog.

I have been training her over the past month and we are taking the test on Wednesday. Below are the 10 test items, taken from the AKC website.

This test demonstrates that the dog will allow a friendly stranger to touch it while it is out with its handler. With the dog sitting at the handler’s side, to begin the exercise, the evaluator pets the dog on the head and body. The handler may talk to his or her dog throughout the exercise. The dog may stand in place as it is petted. The dog must not show shyness or resentment.

This practical test demonstrates that the dog will welcome being groomed and examined and will permit someone, such as a veterinarian, groomer or friend of the owner, to do so. It also demonstrates the owner’s care, concern and sense of responsibility. The evaluator inspects the dog to determine if it is clean and groomed. The dog must appear to be in healthy condition (i.e., proper weight, clean, healthy and alert). The handler should supply the comb or brush commonly used on the dog. The evaluator then softly combs or brushes the dog, and in a natural manner, lightly examines the ears and gently picks up each front foot. It is not necessary for the dog to hold a specific position during the examination, and the handler may talk to the dog, praise it and give encouragement throughout.

Test 4: Out for a walk (walking on a loose lead)

This test demonstrates that the handler is in control of the dog. The dog may be on either side of the handler. The dog’s position should leave no doubt that the dog is attentive to the handler and is responding to the handler’s movements and changes of direction. The dog need not be perfectly aligned with the handler and need not sit when the handler stops. The evaluator may use a pre-plotted course or may direct the handler/dog team by issuing instructions or commands. In either case, there should be a right turn, left turn, and an about turn with at least one stop in between and another at the end. The handler may talk to the dog along the way, praise the dog, or give commands in a normal tone of voice. The handler may sit the dog at the halts if desired.

Test 5: Walking through a crowd

This test demonstrates that the dog can move about politely in pedestrian traffic and is under control in public places. The dog and handler walk around and pass close to several people (at least three). The dog may show some interest in the strangers but should continue to walk with the handler, without evidence of over-exuberance, shyness or resentment. The handler may talk to the dog and encourage or praise the dog throughout the test. The dog should not jump on people in the crowd or strain on the leash.

Test 6: Sit and down on command and Staying in place

This test demonstrates that the dog has training, will respond to the handler’s commands to sit and down and will remain in the place commanded by the handler (sit or down position, whichever the handler prefers). The dog must do sit AND down on command, then the owner chooses the position for leaving the dog in the stay. Prior to this test, the dog’s leash is replaced with a line 20 feet long. The handler may take a reasonable amount of time and use more than one command to get the dog to sit and then down. The evaluator must determine if the dog has responded to the handler’s commands. The handler may not force the dog into position but may touch the dog to offer gentle guidance. When instructed by the evaluator, the handler tells the dog to stay and walks forward the length of the line, turns and returns to the dog at a natural pace. The dog must remain in the place in which it was left (it may change position) until the evaluator instructs the handler to release the dog. The dog may be released from the front or the side.

This test demonstrates that the dog will come when called by the handler. The handler will walk 10 feet from the dog, turn to face the dog, and call the dog. The handler may use encouragement to get the dog to come. Handlers may choose to tell dogs to “stay” or “wait” or they may simply walk away, giving no instructions to the dog.

Test 8: Reaction to another dog

This test demonstrates that the dog can behave politely around other dogs. Two handlers and their dogs approach each other from a distance of about 20 feet, stop, shake hands and exchange pleasantries, and continue on for about 10 feet. The dogs should show no more than casual interest in each other. Neither dog should go to the other dog or its handler.

This test demonstrates that the dog is confident at all times when faced with common distracting situations. The evaluator will select and present two distractions. Examples of distractions include dropping a chair, rolling a crate dolly past the dog, having a jogger run in front of the dog, or dropping a crutch or cane. The dog may express natural interest and curiosity and/or may appear slightly startled but should not panic, try to run away, show aggressiveness, or bark. The handler may talk to the dog and encourage or praise it throughout the exercise.

This test demonstrates that a dog can be left with a trusted person, if necessary, and will maintain training and good manners. Evaluators are encouraged to say something like, “Would you like me to watch your dog?” and then take hold of the dog’s leash. The owner will go out of sight for three minutes. The dog does not have to stay in position but should not continually bark, whine, or pace unnecessarily, or show anything stronger than mild agitation or nervousness. Evaluators may talk to the dog but should not engage in excessive talking, petting, or management attempts (e.g, “there, there, it’s alright”).

To be honest, I’m not entirely sure that she is going to pass. I think she will pass most of items without issue but there are a few that may be difficult. The most likely item for her to fail will be loose-leash walking. If we could have treats during the test, I would be a lot more confident that she would pass this item and the other nine as well but it’s really going to be how she’s feeling that day. Sometimes she does walk without pulling but most of the time, we still struggle with it.

She may also have an issue with me going out of her sight for three minutes. I have practiced this at home with Chris and she starts yelping for me after a minute or so. But sometimes she’s fine with strangers watching her so I don’t know. She may have been upset that I left when we were practicing because she wanted the treats that I had.

Lastly, Zara is pretty good about not jumping up on people but she does do it occasionally when she gets really excited. So if she jumps up at any point during the test, I think that’s a disqualification.

Stay tuned…I really hope she passes but even if she doesn’t, then it gives me a good idea of what we need to work on. It’s only $15 so we can always take it again.